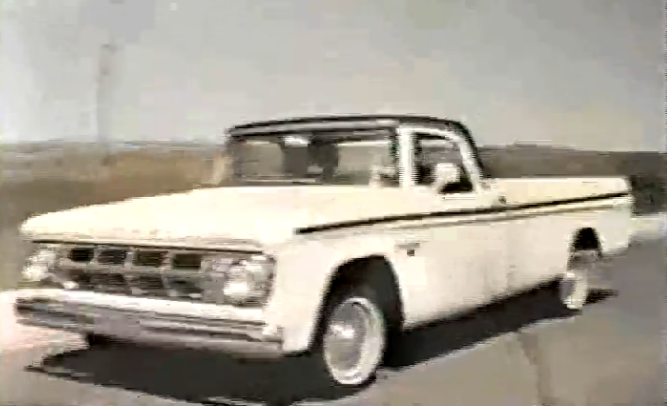 We have run lots of ads for 1960s and 1970s Chevy and Ford trucks but admittedly we have been lax in the Chrysler department, so that changes now! Throughout their history, the Chrysler Corporation has never been one to shy away from risks or creative ideas. This may be potentially to blame for the company’s seemingly insatiable nature to try and go bankrupt every 10-20 years or so but that is beside the point. The ads below are pure Chrysler cool and they are all for trucks or vans from the 1960s and 1970s. From the “Dodge Boys” to Don Knotts, to tigers, and beautiful women, these ads pretty much encompass every element of manliness you can think of.

We especially love the second to last video on the page with the late Don Knotts in a starring role. Actually, the 4×4 truck you’ll see him thrash is the real star of the show because those trucks were very rare to start with and now they are all but missing. Each ad has its own flair and element of cool in it and since they are all just quick ads you can blast through them at your leisure.

Dodge trucks which technically don’t exist any more due in part to the branding of the Ram name on everything are as much of the fabric of daily American life as all the other trucks. Consider this our nod and tribute to this coolest of the 1960s and 1970s pickups!

SCROLL DOWN TO SEE ALL THE VIDEOS!