Watch This B-17 Skim The Surface Of The Earth Multiple Times – Decades Before CGI, This Is Flying Skill 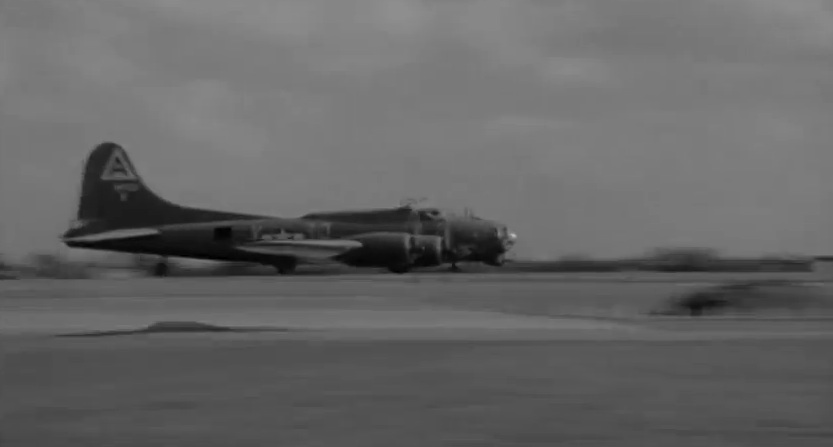 What you are going to watch is a few clipped together pieces of footage from the early 1960s movie “The War Lover”. Steve McQueen was in it along with several other big names of the day and it was a WWII flick that happened to be filmed in England. In this scene we see people on a viewing stand and a B-17 coming by multiple times at different heights and attack angles but the one thing every angle has in common is the fact that the airplane is so low to the ground you could jump up and touch it…or duck and touch it. This is not a camera trick, this is not some computer rendered thing, this is 100% ace flying skill by the guy on the controls.

Making this an even better story is the fact that there were three B-17s used in the making of the movie. All three of them were bought out of an airplane junkyard in Arizona, fixed up, and the flown to England for the making of the movie. Can you imagine the balls it takes to hop into a big old plane like this that has been revived and fly it across the country and then across the Atlantic?! With a quartet of big radial engines and more .50 cal machine guns than you could possibly imagine, there was a reason that the B-17’s moniker was “The Flying Fortress”. The funny thing is, one of the most important airplanes of WWII almost never went into production.

Boeing’s prototype for the B-17 crashed in testing and the contract that the government initially had placed for planes was rescinded. Though some maneuvering and creative spending, about a dozen of the planes were ordered for “testing” and when officials were impressed with the way that those performed more orders came in. Then when WWII began, production cranked up to a pace that the world has never seen before or since. B-17s were manufactured at a rate quicker than any other big airplane with more than a dozen and some days nearly 20 planes rolling out the door completed from Boeing. 360 of those babies a month left the plant and they literally went everywhere. B-17s were used in every area that WWII was fought and they dropped more munitions than another other airplane.

These were 10 man crewed airplanes that had a wingspan of just over 100-feet, sported 4,800hp out of those four engines, and had a maximum take off weight of 65,000lbs. More than a dozen machine guns were positioned around the plane. Top speed was 287 mph and the maximum cruising range was 2,000 miles. Many men flew on these airplanes and many men died. That being said, there are incredible stories and photos of these planes making it back home with their crew after nearly being shot to pieces. Trusty and hard working war birds they were.

One thought on “Watch This B-17 Skim The Surface Of The Earth Multiple Times – Decades Before CGI, This Is Flying Skill”