Watch This Tiny, Rotary Powered Van Put On A Heck Of A Show At An Aussie Burnout Contest

Oct 16, 2020Brian LohnesBangShift XL, XL VideosComments Off on Watch This Tiny, Rotary Powered Van Put On A Heck Of A Show At An Aussie Burnout Contest 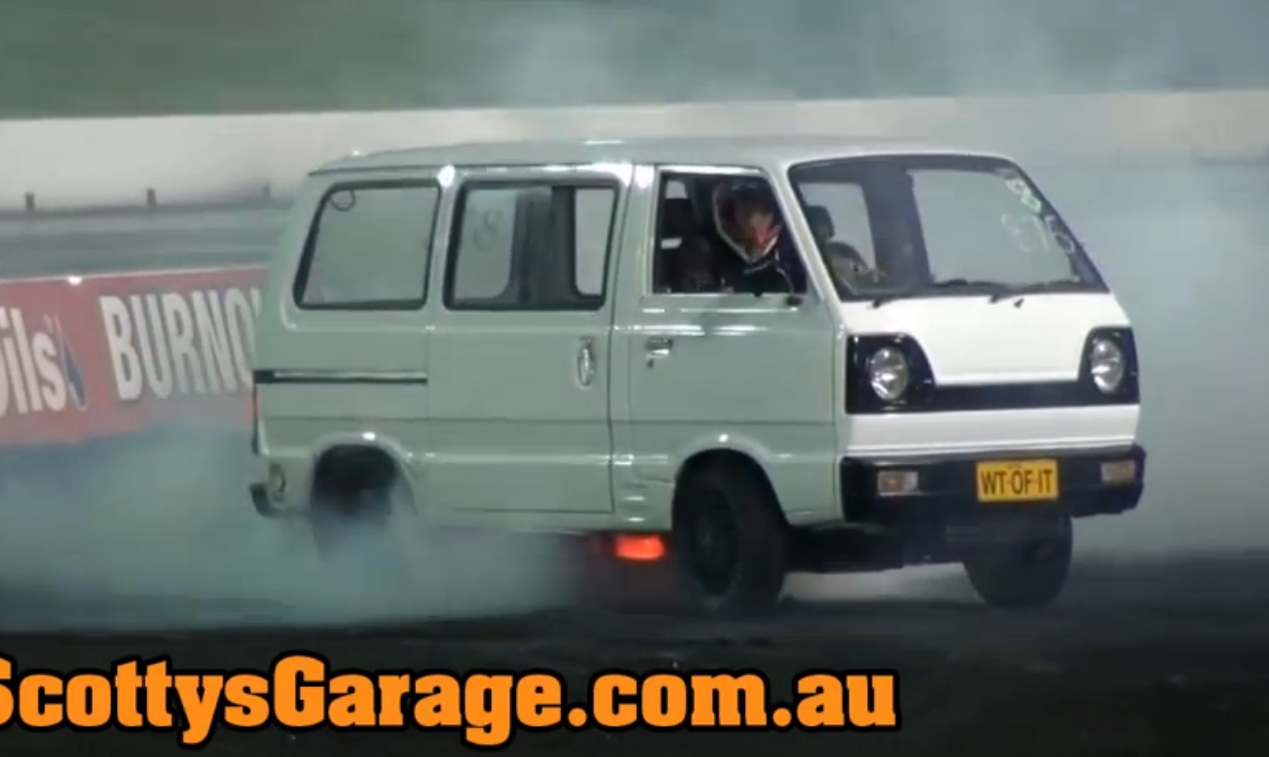 Today we have some burnout entertainment in the form of a comically small van that is powered by a little rotary engine which smokes the tires, spins violent donuts, and gets its entire exhaust system hotter than the surface of the sun after a solid three minutes of hard thrashing on the burnout pad. We’re not sure if the guy or the tiny rotary engine was the harder working part of this duo because the man behind the wheel is working that thing for all it is worth and he actually appears to shift the thing once or twice during his “performance” on the pad.

We have no idea what type of van this is, if the rotary was a stock engine or if it was swapped in, or really anything else about the machine. In fact, we’re kind of curious what the benefits are of even owning a van this size? The thing looks like a Zinger for Pete’s sake and the driver is either 11 feet tall or it the van really is as small as it looks inside because the dude is hunched in the thing like Andre the Giant! We’re guessing the payload capacity of this van is about 11 quarter pounders or 16 large french fries, depending on your tastes. You could haul sheets of plywood in it if they were cut in to small squares.

Size issues non-withstanding, watching this thing flip around and skid is pretty entertaining as well as watching the exhaust system go from warm, to hot, to blazing, to capable of actually causing nuclear fusion is the best.

This Hemi-Powered 1963 Chevrolet Impala Demands Every Ounce Of Respect It Is Owed. Hilarious Video: Watch A Dude Go Water Skiing With An Excavator For Propulsion - Big Time Fun!