The “WTF?” Files: A V8-Swapped, Four-Wheel-Drive 1984 Winnebago LeSharo RV Is The Last Thing We Expected… 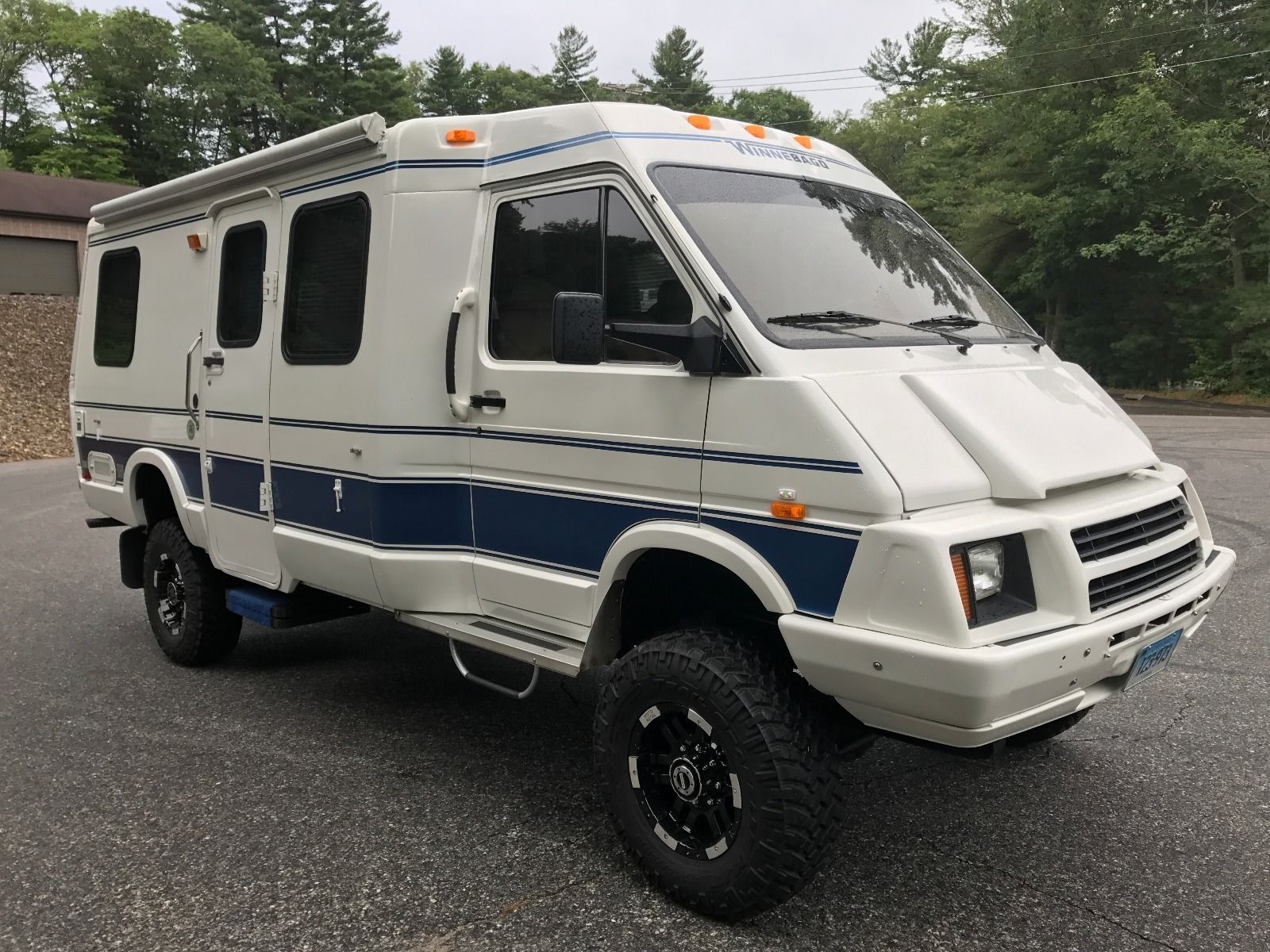 It was the recreational vehicle that could only have been born in the 1980s. Take the concept of a low-floor, low-roof RV, use the guts from a Renault van not sold in the United States, give the nose cone the early 1980s slanted-back look, and claim that you won because the 66 horsepower inline-four diesel engine was able to knock down 22 MPG, so long as there was no wind moving and you were at least on flat ground. Oh, and did we mention front-wheel-drive? Yep, that was the Winnebago LeSharo. It was based on the first-generation Renault Trafic van and while it could legitimately hit twenty-something MPG, it couldn’t get out of the way of a tumbleweed if it desperately needed to. They are an oddity at best, scrapyard material at worst. 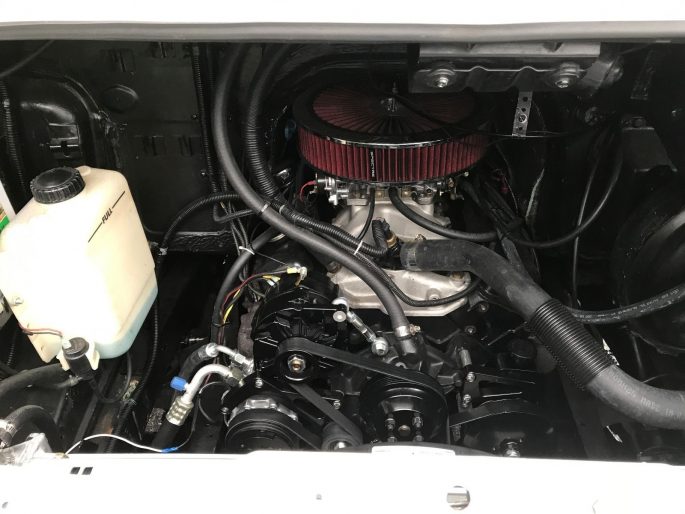 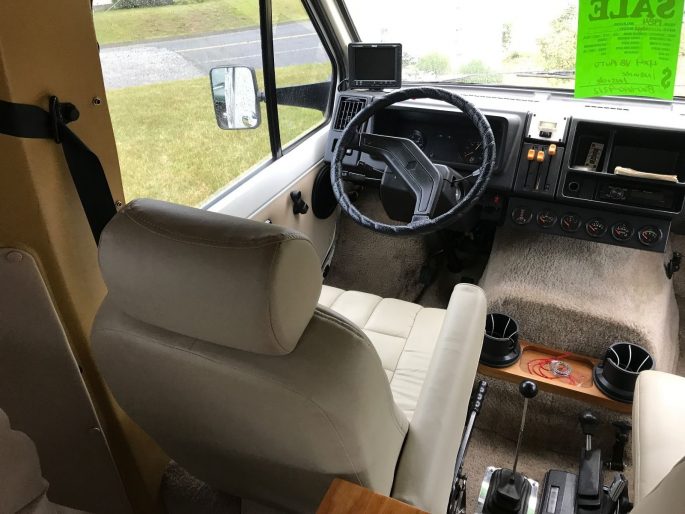 Or, thanks to someone who deserves some kind of medal around their neck, they can become a lifted, four-wheel-drive machine that is small and nimble by RV standards yet is much, much more capable than either Winnebago or Renault ever dreamed an RV could be. For starters, the tiny, underachieving oil-burner was scrapped in favor of a cheap to maintain, easy to work on Chevrolet V8 and overdrive automatic have taken over powertrain duties. A Dana 60 axle up front and a Dana 70 out back support the rig, the interior has received an updating that looks great, it has air conditioning, all new electrical components and wiring, new appliances, and more. 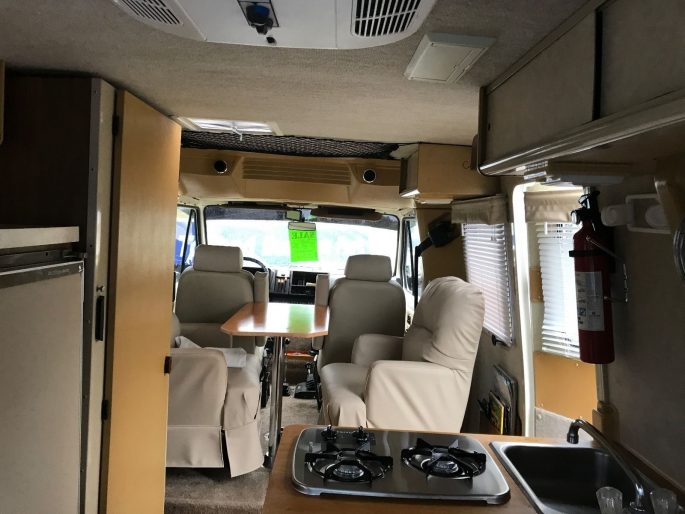 Chad loves the strange and funky RVs, and he loves Chevy products. It’s probably a good thing that he’s out on Rocky Mountain Race Week right now, otherwise this LeSharo might be the right amount of temptation. Think about it, boss…you could go four-wheeling without having to drive back home at the end of the day! You KNOW it makes sense! 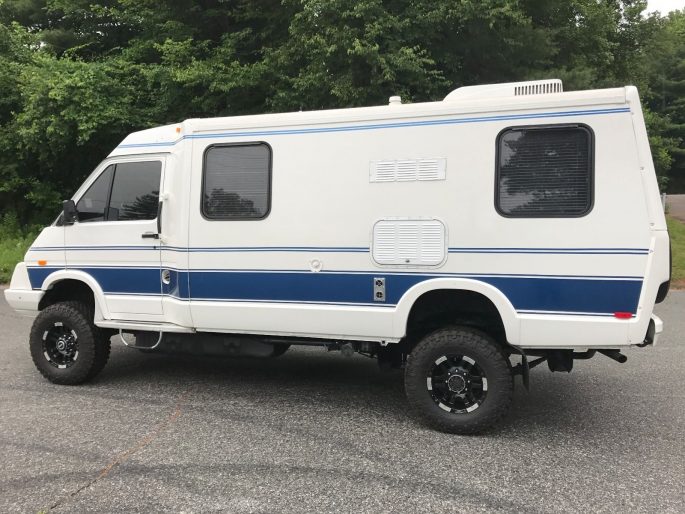 Morning Symphony: Mad Mike's "RUMBUL" Rotary-Powered Mazda Waking Up The Countryside! Unhinged: I Went To A Car Show And All I Shot Was This V8 Go-Kart!

2 thoughts on “The “WTF?” Files: A V8-Swapped, Four-Wheel-Drive 1984 Winnebago LeSharo RV Is The Last Thing We Expected…”