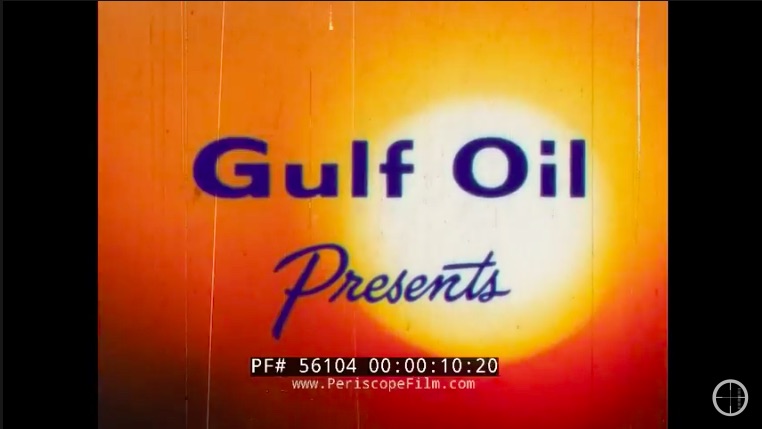 When we think of oil wells today we think of massive platforms in the ocean or huge complexes on the ground. Back about 70 years ago, though, this was a totally different story. There were loads of little privately owned wells that were all contributing to the greater good by sending their unrefined product to a large company which would then turn it into fuel and other products. Gulf Oil was one of those major players for a lot of years and they made this film.

We love this idea that guys would call each other, well to well, to record pressures and perhaps volumes that they were going to add to the pipeline. We love the fact that the “wells” are just either a single pump jack or even just a well head with a valve that needs to be turned open to begin the flow of both oil and money.

The “pipelines” in this are also not what you’d expect. In most cases it looks like the pipes are just a couple of inches in diameter and even the “main line” is not all that big.

Press play below to see this film from Gulf Oil showing wildcatters!

Legends On The Fly: Check Out These 10 Historic and Beautiful F1 Cars At Goodwood Dreary Days: This Review of The 1982 Plymouth Reliant Is Pretty Depressing From Top To Bottom