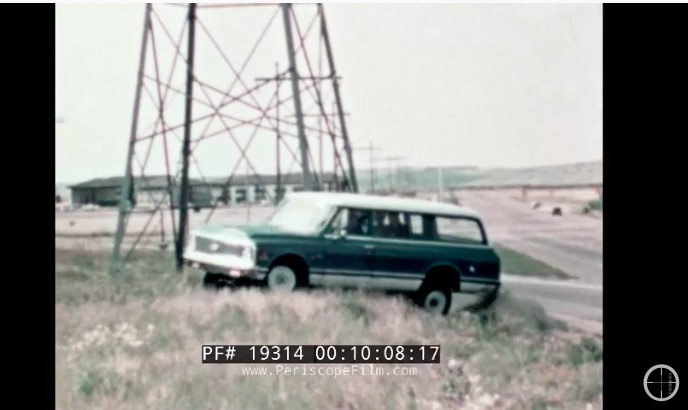 The van portion of the video is hilarious and awesome because they highlight loads of practical uses for vans that we had kind of forgotten about. Vans are the butt of jokes in 2019 and when you watch this video you’ll see that they were used as much or maybe even more than they are these days.

We’re not van experts so we need to know how much of the Chevy pitch was total bunk. How much was legit, and how much was just kind of blurring the lines between real and fake. The particle board illustration is pretty strong. Is it real?

Classic YouTube: Jay Leno And Tim Allen Having A Burnout Contest In The Parking Lot Weird Head: This Yenko/Weslake Four-Valve Small Block Chevy Head Is Insane and A Unicorn