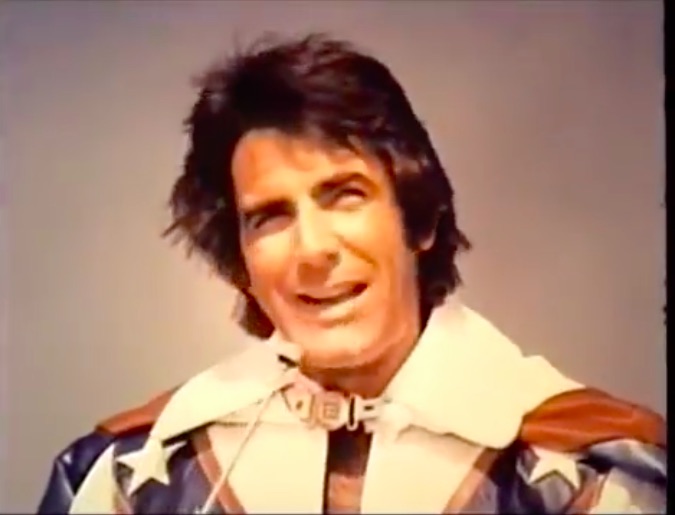 Sometimes bad TV is the best TV, right? When it comes to the history of television, there have been some really awful shows that made the air and some great ones that never saw the light of day. This is the story of an awful one that never made the air, at least until the existence of the internet and the “air” known as YouTube.

(If you want to skip all this literary brilliance and just watch the show, it is down below in its entirety!)

In 1974 Evel Knievel had already been the subject of a biopic (made earlier in the 1970s and starring George Hamilton, it’s an awful movie), and was among the most famous people on planet Earth. His failure at Snake River Canyon was looming but had not happened yet when some brilliant TV executive decided that the world needed a show with Knievel as the central character who would travel from location to location making jumps and apparently fighting crime. How is this a bad concept?! You’ll see in a minute.

Because Evel Knievel was sober about 14% of the time at this period in his life and could not act to save his soul, an actor was needed to play the dashing central figure. The chosen actor was Sam Elliot. Yes, THAT Sam Elliot. It is amazing how different he looks as a kid and how different he sounds. What does Elliot think of the fact that this episode is on YouTube? You can hear him respond in the most Sam Elliot way ever by listening to THIS audio. Spoiler alert, there is an F-word used and not in the super happy excited sense.

So Elliot is playing Knievel. Two characters actors are added to fill out the traveling band of merry men. There is a mechanic (Gary Barton) and then a “manager” who is literally a fictional version of JC Agajanian the racing promoter that helped launch Knievel as a national hero. Noble Willingham was the actor made to look just like him. Willingham was even dressed in a suit and cowboy hat, the look Agajanian was most well known for. The production even went so far as to create a version of Evel’s famed custom Mack truck that he traveled with. Unlike the 80-ft long monster Knievel owned, the TV truck did not require special permitting as it met transportation laws of the time. 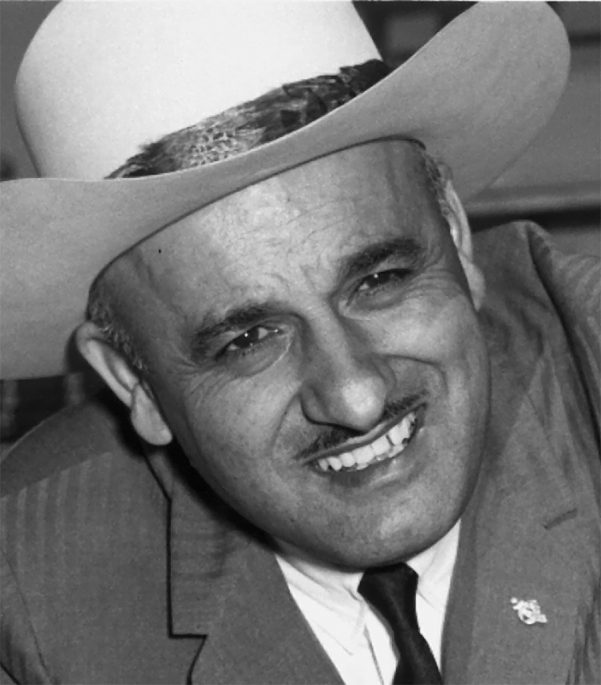 So here’s where it gets good.

This show was filmed at the 1974 AHRA Winternationals at Beeline Dragway in Arizona. The long gone Beeline was the steady home of the AHRA season opener for years and as you will see, it really packed the people in as the place is full. The fun stuff regarding the drag racing and the show is that we see some action happening on the drag strip and it isn’t scripted stuff, its just the natural action from the event as it was happening. Those racers were likely frantically searching for the air date of this show for months after, to no avail.

The crux of the episode is this jump that will be taking place directly next to the drag strip. It will be a “battle of the sexes” between Knievel and a stunt woman who is also a jumper. When we say that the ramps were right next to the strip, we mean it. Not outside a wall or a fence, RIGHT NEXT TO THE TRACK.

Naturally someone crashed into the ramp. 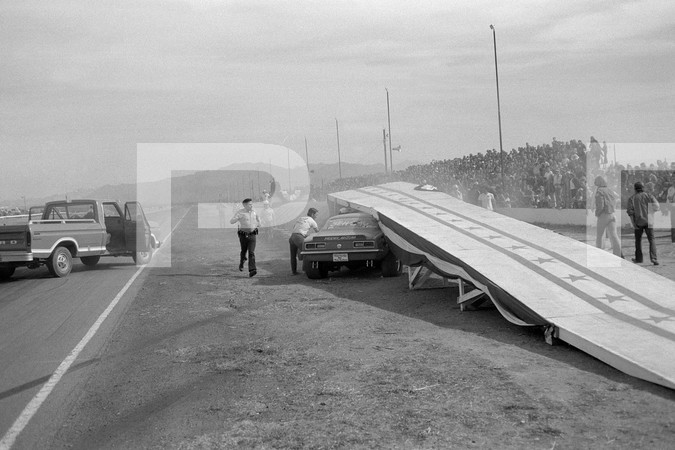 The assembled drag racing media shooting the event had a front row seat to all this television weirdness and that means loads of images exist showing both the racing and the TV production side of things culminating in the show’s climax which is Evel making a jump while the bad guy tries to take him out. 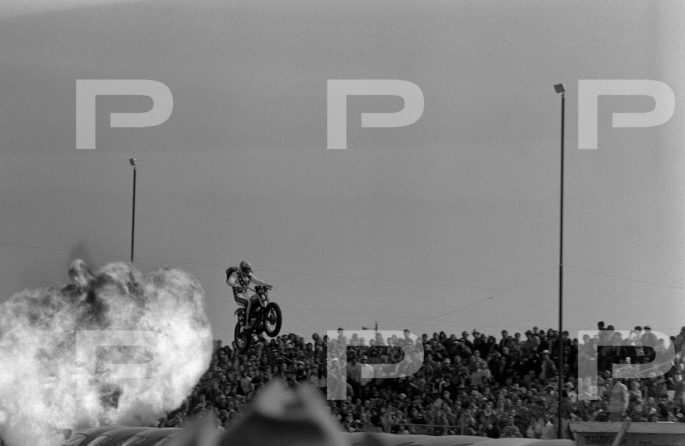 This photo from the Petersen archive was taken by Jim McCraw

This event had to have been a massive circus. From the delays of setting up shots like the one you see above to the natural course of racing, it must have really been something. As Knievel (the real one) was actively still jumping at this point we believe he actually made the jump that is captured here. It’s also the reason that most of the fans stayed in the stands, we suspect.

In addition to the making of this pile of a show, there was trouble on the track. Pro Stock racer Irv Beringhaus was killed in his Pinto, the result of an incredibly violent high speed wreck. Jim Tice, the operator of the AHRA must have been ready to abandon ship at some point over the course of the race after all this stuff (and we’re sure more) happened.

So why did the show never air? Weirdly it got picked up and about two weeks before the series was due to being shooting executives at the network got cold feet because of the potential for kids fo start imitating jumps and hurting themselves. For Sam Elliot it’s the best thing that ever happened. A show this bad would have likely hurt his career in ways even he shudders to think about now.

So there you have it. A drag race, a bad tv show, photos from the Petersen archive, and some fun history to tie it all together. You just can make stories like this up!

Press play to see the pilot for the ’74 series that never was: Evel Knievel