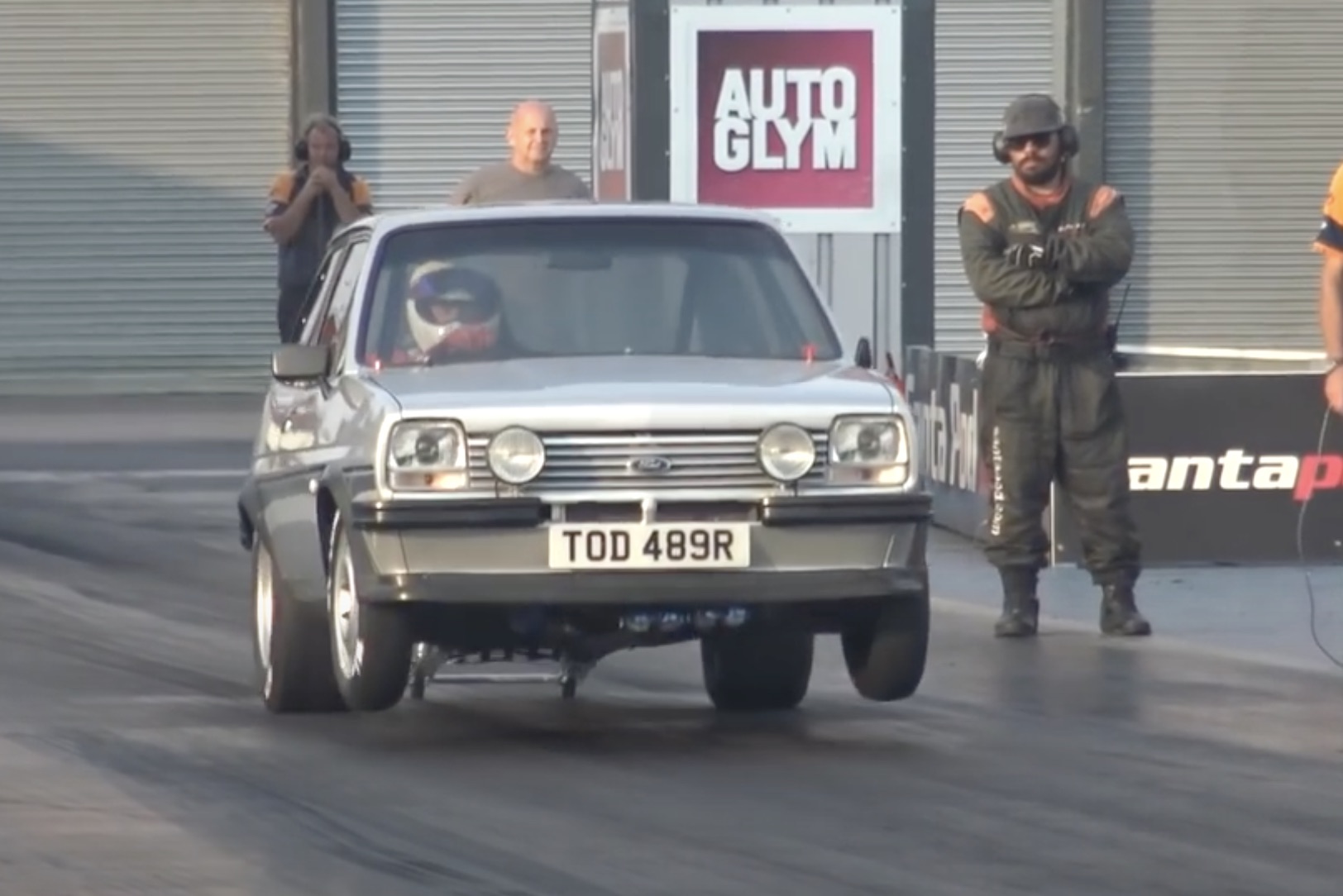 Dear sweet ever-loving God, what a monster. Seeing this car reminds me of a shirt I had when I was barely a tot. I remember it well: “Dynamite comes in small packages”. For years I’ve under-rated Ford Fiestas. They were small, they weren’t the most handsome thing ever, they were grossly underpowered in my mind and were only useful as a fuel-sipper. I hacked one up into a teeny-tiny little ute and I don’t remember what became of that car. That’s it…that’s all I cared for them. You couldn’t sell them, nobody bought them, they weren’t anything to pine for or to aspire to. They just existed.

Chris Todd’s Fiesta is certainly not a garden-variety version. For starters, the wrong wheels are doing the driving. You can roast a marshmallow off of the exhaust when the engine is on the two-step. Knowing where the nose will go at the launch is a fool’s errand…with barely any weight to move, anything more than a soft slipping launch will pop the nose up and towards whatever direction it damn well wanted to go. And then there’s the simple speed of it: 8.57 seconds in the quarter mile at 157 miles per hour.