Aug 10, 2018Brian LohnesBangShift NewsComments Off on This Australian Drag Racing Video From The 1970s Is Absolutely Awesome – These People Are Nuts 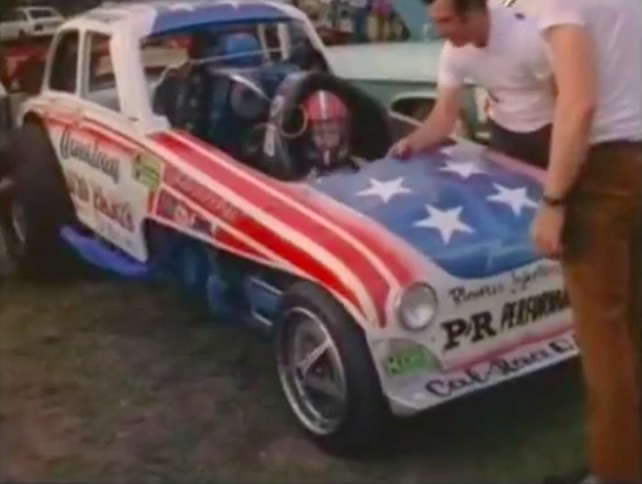 Welp, I’ll freely admit to being fascinated with the drag racing scenes of England and Australia during the 1970s. The sport grew quickly in those countries during that decade producing stars in their respective countries. While the English scene did not swell to the level of the Aussies, there are many great racers that came from that period of time and names that some hardcore American racers know like Clive Skilton. The Australian scene was much larger in size and scope and I feel it was far more “American” (said respectfully) than the English program and when you watch this video you will see why. The film below is filled with some of the most awesome, bizarre, and head-scratching vehicles I have ever seen on a drag strip…and that is just the first 30 seconds.

The video was made at Castlereigh International Dragway which was located outside of Sydney and it captures what had to have been the heyday of the joint. A former air strip, the strip operated into the early 1980s before the formerly rural areas became populated with people and forced the place to close down. A familiar story to anyone who loves the sport. There are fire burnouts, side by side, including in-car footage of one that will curl your toes. There are vehicles that will blow your mind like the twin blown Gogomobil of Norm and Bill Oakey shown in the lead photo. Aussie funny cars were legitimately funny.

You’ll see gassers, twin engine rails with hilariously fake header flames, fuel dragsters in both front and rear engine format, and gassers galore. This is a wonderful look back at a speed crazed people that have nitro, gasoline, and alcohol cursing through their veins.

Oh…and the big payoff? EJ POTTER FOOTAGE! Potter toured Australia in the 1973 timeframe so that is where we are placing this video. The rear engine fuel cars make that seem legit as well. This totally rules!

BangShift Tune-Up: "Rag Doll" by Aerosmith (1988) Deathmobile! This Clone Of The Animal House Car Is The Daily Driver You Really Need!