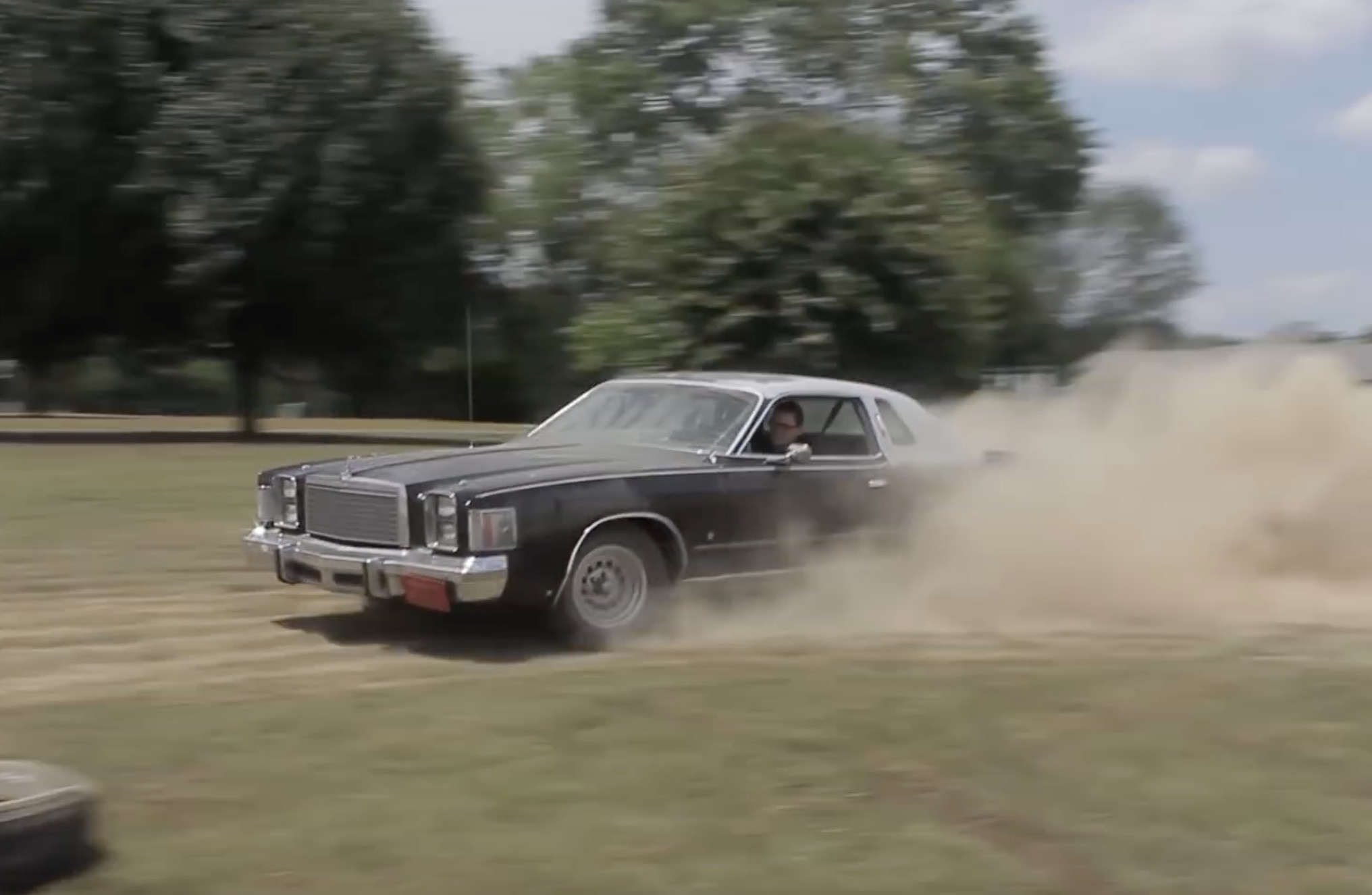 We called it the “War Car”. It was a 1975-ish Dodge Coronet two-door that somehow had earned a target for elimination, a sentence of death by torture. The big brown barge of a Mopar wasn’t anything special at the time…in fact, it was kind of gross. But it had a motor that refused to quit, enough gears to be entertaining in the dirt, and wasn’t going to be treated with kid gloves. After an impromptu re-painting that involved no less than twenty-five cans of spray paint in mostly black and silver tones with lime-green striping, the War Car was sent up a driveway, and onto legend. Instead of sliding down the driveway as expected, the individual we stuck behind the wheel instead took a path that normally was part of a dirt-bike track and buried the throttle. A few seconds later, two tons of Chrysler Corporation’s cast-offs appeared through the brush, fully airborne. Luckily, the other side of what ended up becoming a jump was a mud pit, so the Coronet landed with a sloppy, squishing noise. That car got absolutely beat on…it was backed through a station wagon, jumped more, rolled, and it only quit moving when a tie rod end finally gave up the ghost. That car is single-handedly the reason I love late-B body Chrysler products…they win my heart on durability alone!

Any car that you aren’t tied to emotionally or financially, that you can use as whatever you want to use it for, is an awesome car to own. Whether you are beating on a friend’s pile of a pickup truck or you are into cheap car racing and have something that needs exercised between track times, nothing says happiness like inappropriate use of the automobile. I’d be lying if I didn’t cop to the drift marks at the far end of the backyard at BangShift Mid-West, courtesy of the Cadillac limousine, and lying more if I said that I didn’t fight the urge to just dig in for some killer donuts in the grass. You got a similar story to tell? Let’s hear it!

3 thoughts on “BangShift Question Of The Day: What’s Your Best “Yard Car” Memory?”