Question Of The Day: How Many “Stig’s Cousins” Can You Come Up With? 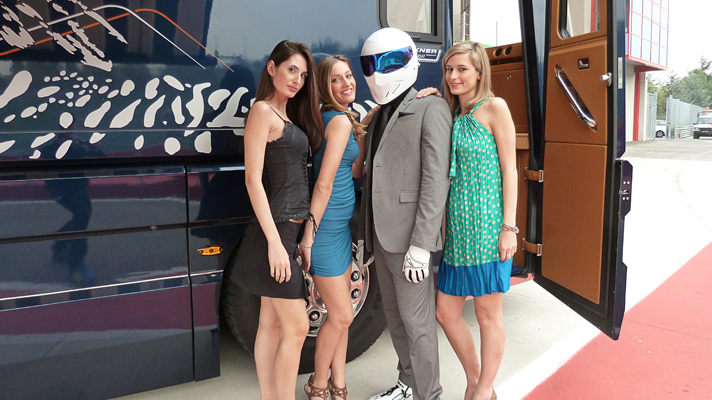 The Stig, the “tamed racing driver” from Top Gear, is iconic. He doesn’t talk, it’s not known what he eats (or with what orifice it eats with), and that he can open a bottle of beer with his kibbles n’ bits. Whatever the case, the Stig has pretty much been the same for the majority of Top Gear’s run. There have been three professional drivers to occupy the helmet and suit: Perry McCarthy, who did two seasons as the Black Stig before being flung off the deck of an aircraft carrier in a Jaguar XJS packing enough nitrous to supply all of Britain’s dentists, and Ben Collins, who was fired and replaced in 2010 after he outed himself in his autobiography. But there were other Stigs that appeared in the show. There was Attack Stig, who tested two Chinese cars for James and Jeremy before ending the segment by kicking James dead-square in the junk. There was Australian Stig, whose white racing suit was dusty, wore sandals, and had a rather large…uh…presence. And, of course, there was The Stig’s American cousin, a Stig so large that he seemed stuffed behind the wheel of Clarkson’s Camaro. Thanks, Top Gear. Appreciate that one.

But fine, whatever. The Stig itself was meant to be a rolling punchline to the idea of a professional race car driver. When the Top Gear reboot was being worked on, Clarkson and producer Andy Wilman were having issues finding a racing driver who could talk on-screen with the poise of a presenter, and Clarkson was the first to suggest that the character remain silent. He also was going to be called “The Gimp”, but when Perry McCarthy heard that he balked, reportedly saying, “I don’t want to be forever remembered as ‘The Gimp’.”

There is technically a Stig for every possible occasion, so take a crack at it. You could have X-games Stig, who shows up caffeinated and ready to go and is last seen dirty, bloody and on a stretcher with half of the handlebars jammed in a bad location, or you could have Hot Rod’s tamed racing….no, wait a minute, that’s Freiburger. 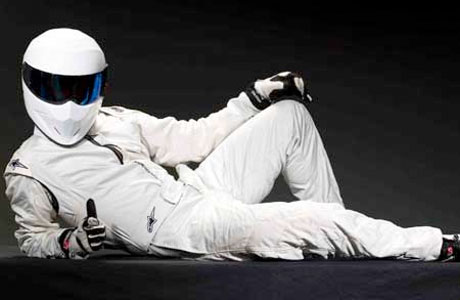 Need A V16? This Mammoth Marmon V16 Could Be Yours! Sportsman Photo Blast: Wheels Up, Screaming, Sportsman Drag Action From The NHRA Four Wide Nationals

5 thoughts on “Question Of The Day: How Many “Stig’s Cousins” Can You Come Up With?”