Chadmouth: Paul Harvey and Ram – Plus A Bunch Of Other Whining Bitches 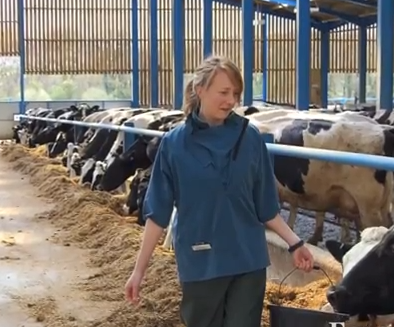 So let me get this straight. Dodge uses a Paul Harvey monologue in a commercial for Ram Trucks during the Super Bowl, thereby creating the best commercial of the game, and arguably one of the most patriotic commercials in a decade or more, all while making farmers look like heroes, and now some dumb shits are whining because something very similar was made on YouTube by Farms.com and now people are trying to stir the pot and say that their feelings are hurt. Oh, and most of the people living in this country who were born in the last 40 years wouldn’t know a hard days work if it bit them in the ass. So technically they are not worthy to buy a Ram Truck. They will want one though because it will make them feel better.  Keep reading.

So now that we’ve covered the basic principles of the scenario, let’s talk specifics and then pull this all together, or as Paul Harvey would have said, let me tell you the “rest…of the story.” Then we’ll show you both of the videos.

Paul Harvey, arguably the greatest “heartland of America” radio host ever, could be heard anytime you were driving cross country and wanted to be educated and entertained. He was a broadcaster by the time he was 16 years old, and died at 90 while still on the air. He and his wife both are members of the Broadcaster’s Hall of Fame.  This speech was made in 1978 at a National Future Farmers of America (FFA) convention, and has been the anthem of farmers ever since. This was planned and purposeful for both Ram, and the Farms.com folks. And clearly both entities were given, or paid for, permission to use said speech. The truth is there are probably dozens more online that didn’t.

The Ram Trucks video is awesome. Truly amazing. And arguably one of the most patriotic commercials we’ve ever seen, and it’s only got one small American flag in it. If you aren’t inspired by this commercial, then you should immediately get yourself to the emergency room because you have no heart left. The video is below for you to watch. CLICK HERE TO READ CHAD’s EDITORIAL SPECIFICALLY ON THIS VIDEO

So now about these Farms.com folks. The news media and whiners all over the internet would like to paint the Farms.com folks as victims of “big mean Dodge Ram” who stole their video idea. Two things: First, DODGE Ram doesn’t exist anymore you douche bag f#@%^&g idiots. They are Ram Trucks. Stop calling them Dodges, it’s annoying. And second, the Farms.com folks are embracing this video, and have even replaced their own on their site with the Ram Trucks video and are loving all the controversy. Why wouldn’t they? They’ve gotten over 600,000 new views since people started painting them as victims.  And as always, they are continuing to raise money for FFA. This was a win for them. Not a loss. Their original video is below as well.

In the words of another great American broadcaster, Earl Pitts, “Wake up Uhmerika!” And to any of you idiot “news” broadcasters who think that stirring the pot, when it doesn’t need any stirring, will somehow make you better, SHUT UP! We’re tired of hearing about “news” that isn’t news. We’re tired of watching you waste good resources on frivolous claims, rather than using that same energy to do something worth while.

Stop bitching, and start doing. America is a land that was formed by people who weren’t afraid to DO SOMETHING, not people that wanted to just sit around and talk about it. I’m so sick and tired of it I just want to scream. Our kids think that taking out the trash counts as their “chores”. What about those of us that worked 20-30 hours a week just to keep the family home running?

Do you want to do something good for America? For the world? Show your kids a hard days work. It will do you both some good.

15 thoughts on “Chadmouth: Paul Harvey and Ram – Plus A Bunch Of Other Whining Bitches”