Can’t Make This Up, Folks: A General Lee Clone Crashed Out In Nova Scotia 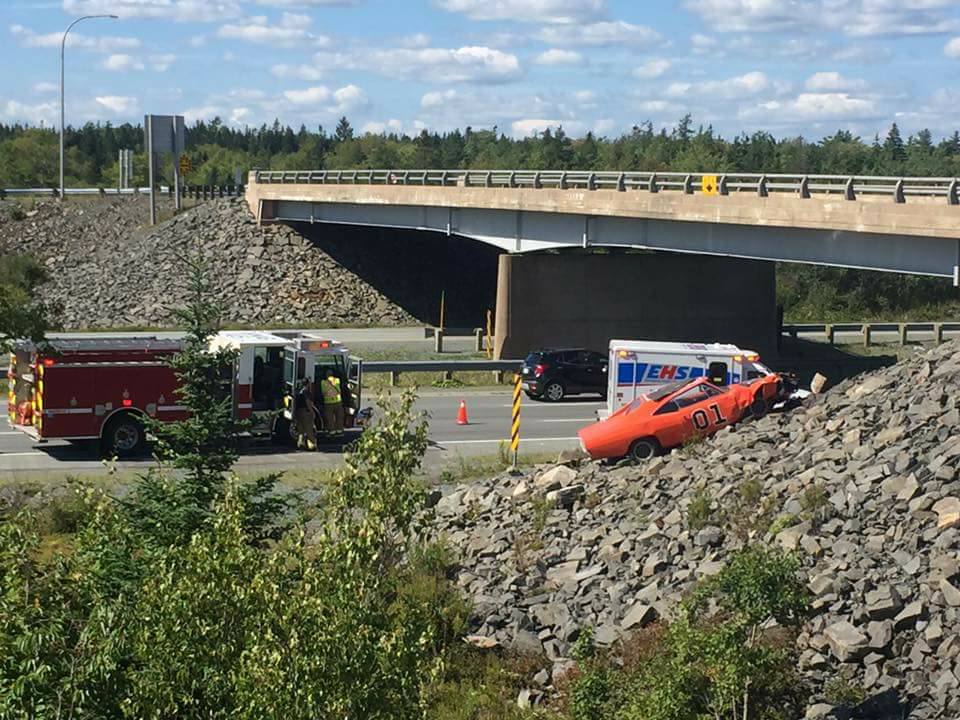 While there is varying numbers out there, it’s safe to say that a couple hundred 1968 and 1969 Dodge Chargers met their end after they had been painted bright orange and given the number “01” on the doors. Over the course of the filming of “The Dukes of Hazzard”, Chargers would be crashed, jumped to destruction, and later on in the series, rebuilt and thrashed again if it was possible to put the pieces back together. But that’s the way things went back in the day…they were just used Dodges. Now, that isn’t the case. Every time there is a Dukes of Hazzard jump, there is an outpouring of anger and seething against Hollywood’s war against the 1969 B-body coupe.

Seeing a parts car Charger painted up and launched in place of a useful car is one thing. But this General Lee replica, found crashed on the embankment of Highway 102 in Nova Scotia earlier this week, wasn’t a wreck dragged out of someone’s backyard. It isn’t known why the 1969 Dodge Charger wound up a crumpled mess yet…the Royal Canadian Mounted Police will be investigating whether a mechanical malfunction caused the accident, whether speed was involved, or whether the 45-year-old driver was impaired at the time of the accident. The driver was transported to the hospital with non-life-threatening injuries. 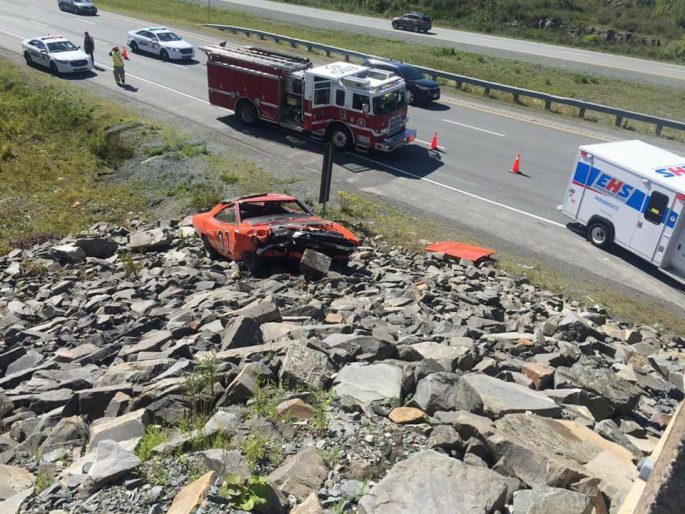 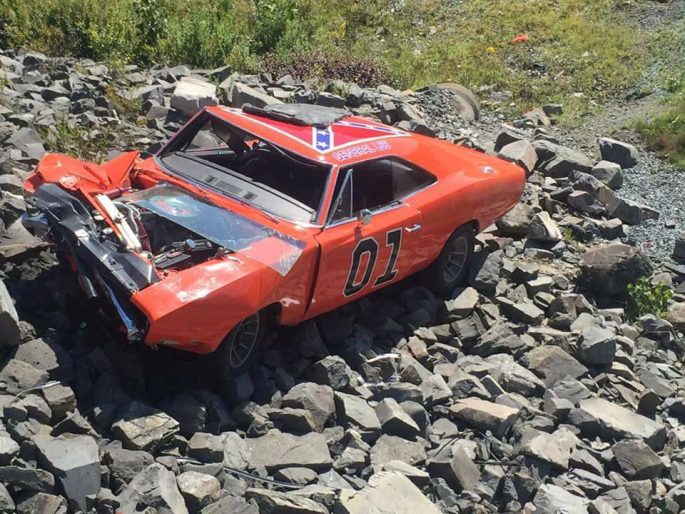 Here Is Our Dream Cruiser Jet Boat For The River This Weekend The Beater Bomb Mustang Is Back!!! As Usual They Won't Tell Us What Is In It So We're Making Stuff Up!

14 thoughts on “Can’t Make This Up, Folks: A General Lee Clone Crashed Out In Nova Scotia”