Defiantly Angry, Yet Pleasantly Refined: Jay Leno Checks Out A Super-Clean 1979 Trans Am 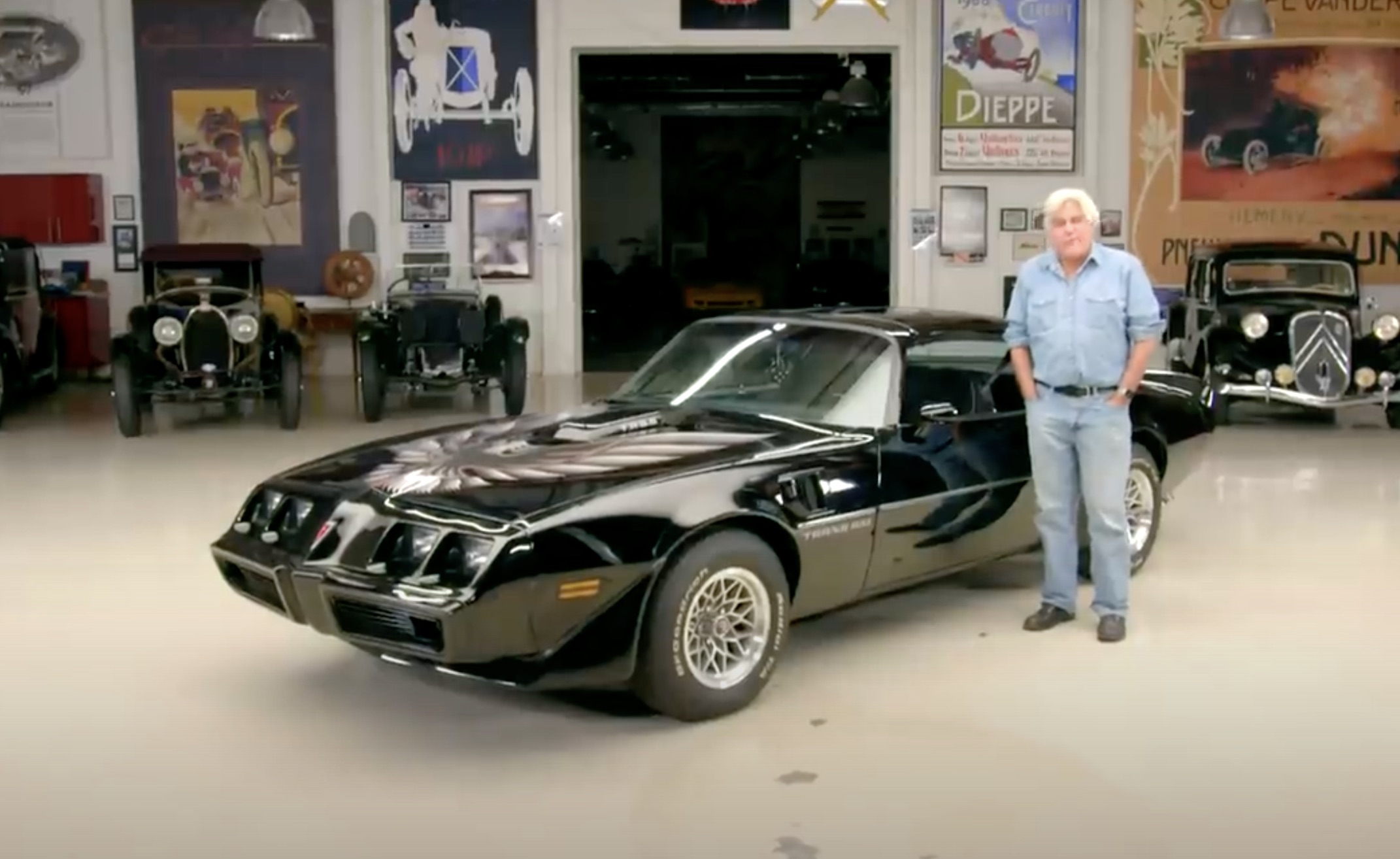 1979 was the last year for the Pontiac mill. The civil war within the Excitement Division was about to take a turn for the ugly…the gearheads who had held onto hope until the very last second were about to lose the war, not by the fluffy and posh crowd, but by the EPA. Which was unfortunate timing, since the Trans Am had never been more popular. Painted black, with a bird adorning the Shaker-equipped hood and a T-top roof, and Pontiac’s F-body sold faster than Girl Scout cookies outside of a Planet Fitness. Compared to the Plymouth Road Runner, the Mustang II Cobra, and the AMC Spirit AMX, the Trans Am still had the swagger, and still had a relatively healthy torque figure to back it up. Sure, the 400ci revved out like a diesel in it’s factory setup and yes, there is still a tinge of Saturday Night Fever when you look at the later Iron Mask versions with no grilles. But the engine-turned dashboard was still there, the Radial Tuned Suspension was still potent, the four-wheel-disc brakes were a welcomed addition and there was even a bit of plush inside of the cabin…not too much but enough for Sally Field’s backside. And that’s enough.

The Upcoming Alfa Romeo 4C Spider 33 Stradale Tributo Captures The Past In The Present - Italian Done Right Silent Killers: This Video Shows How Things Like Fans, Too Much Oil, Water Pumps, and More Kill Horsepower

One thought on “Defiantly Angry, Yet Pleasantly Refined: Jay Leno Checks Out A Super-Clean 1979 Trans Am”