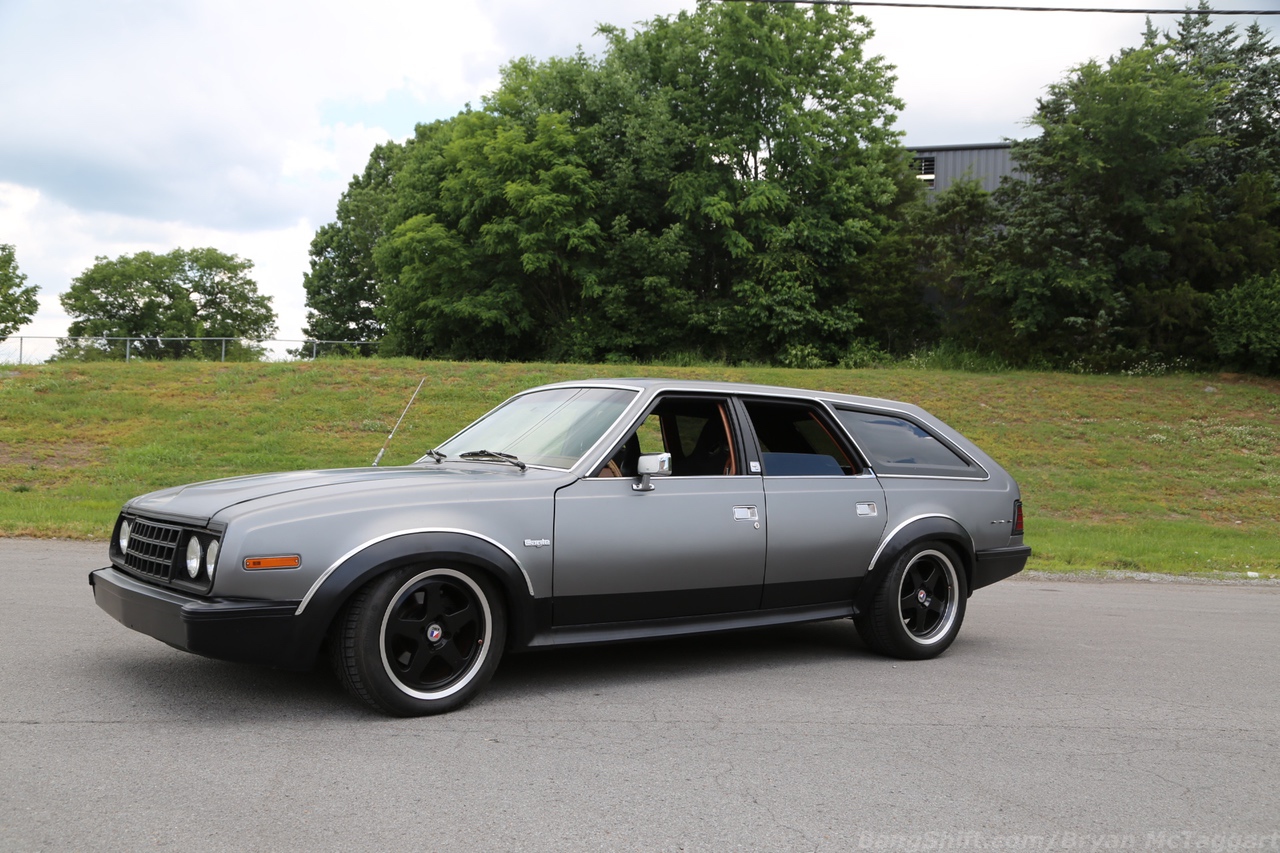 One day a year I get to act like I’m something important and today is that day. Somehow, between teenage stupidity, the military, heroic amounts of alcohol over the years and many, MANY bad decisions later, I’ve managed to make it to 35 years old. And this year, I knew what I wanted to do for my birthday: I wanted to rip a very fat burnout in a Dodge Demon. Since that ain’t happening, I decided to return to Gateway Classic Cars and take a completely selfish look at what’s around and what I’d take home. I had this list done a week prior, but since the summer show season is on, some vehicles, like a 1957 Chevrolet ramp truck and a 1971 Boss 351 Mustang were no longer available and had to be replaced. The rest, though, were ready to go, and only because my wife was threatening to place her foot deep within my bowels if I traded the Chrysler in on something there did I not leave in a different car. Love ’em, hate ’em, whatever, here’s my Top 11 selection! 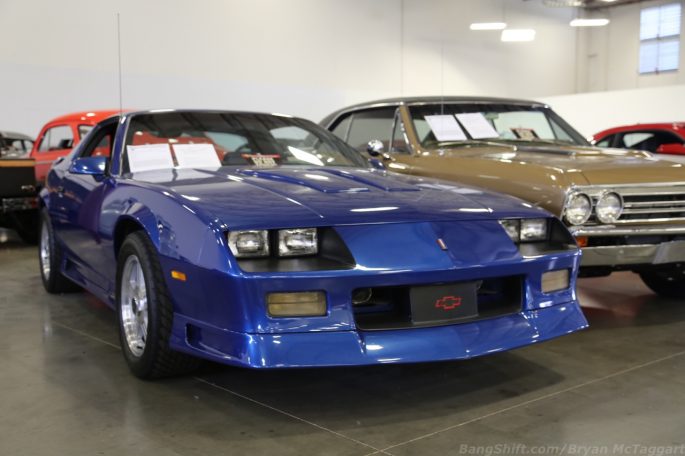 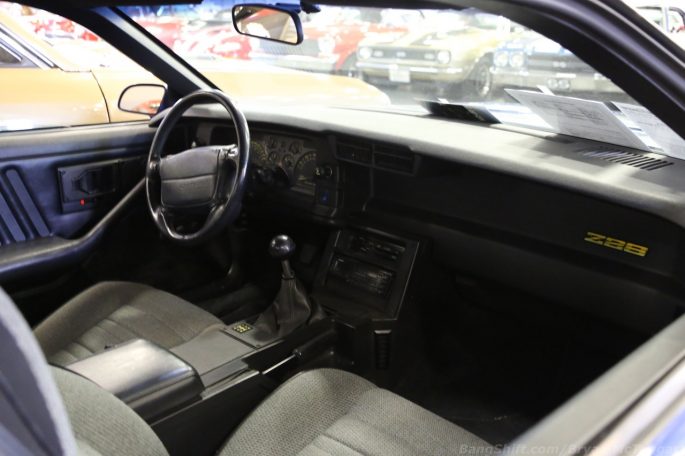 If it wasn’t for the brake ducts that sat where the foglights should have been, I would’ve walked right on by this 1991 Camaro without a second glance. But those brake ducts cued me in to one of the best hits of the third-gen F-car, the 1LE. A regular Z28 was notable enough, but the 1LE package was a club racer disguised as a stripper. Better brakes, a baffled fuel system, a different gear ratio for fifth gear and more, plus the removal of options like air, T-tops and more kept the Camaro nice, light and ready to play. Anything that was originally meant to race, is alright by me. 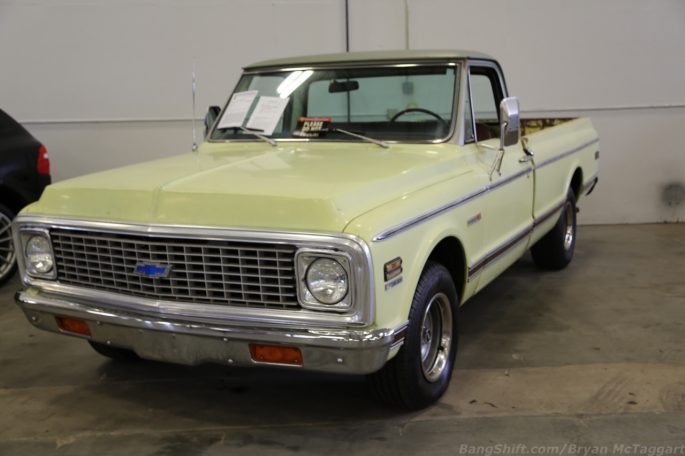 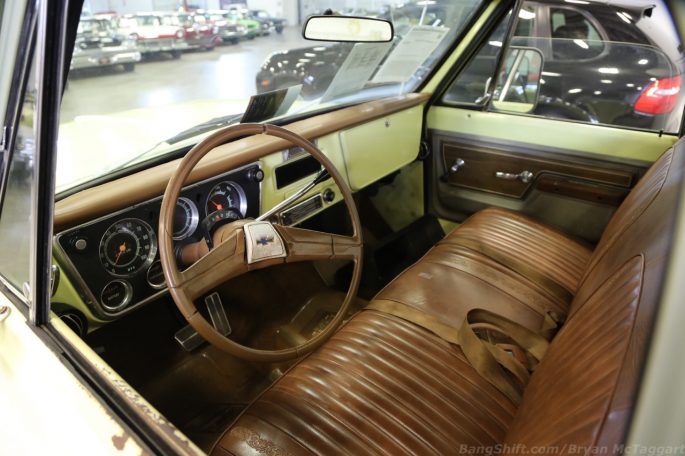 The “honest work truck”…just enough patina showing that proves it’s not restored or abused, pretty enough to believe that someone’s grandfather kept the old pickup truck going with love. This Chevy is a basic 350-powered two-wheel-drive that came from the factory with air conditioning and even with some thin paint and faded bits, looks great. In my eyes, it actually looks perfect and I wouldn’t change one thing about it. 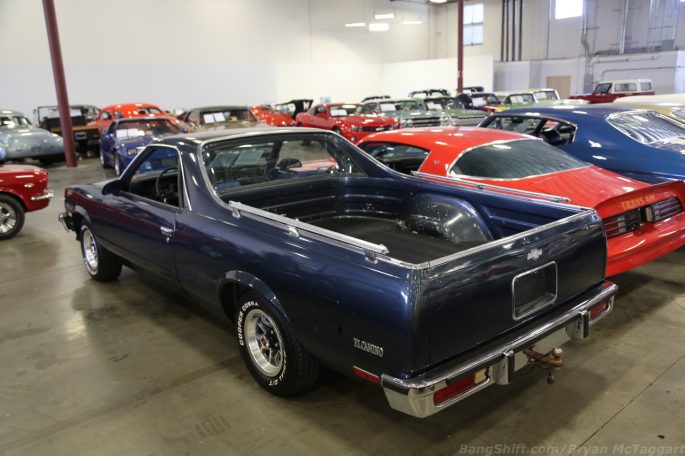 And right after the ’72 Chevy, I’m going to contradict myself. 95% of the time, when I need to haul something around, I don’t need a pickup truck, just an open area that can haul cargo. For that, this 1987 Chevrolet El Camino would be perfect. I’m a G-body fan and I love the way these last Elkys look. I’m not a fan of that 1980s rally wheel style and of course it could use a bit of power, but overall…yes please. If I can’t get a late-model Holden Ute in for another twenty or so years, an El Camino will do. 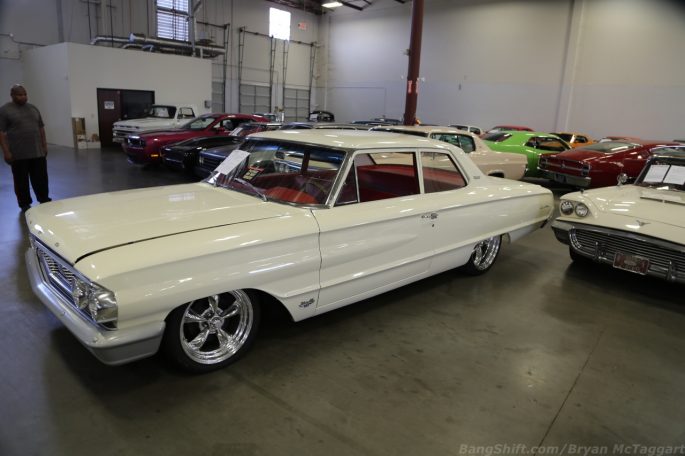 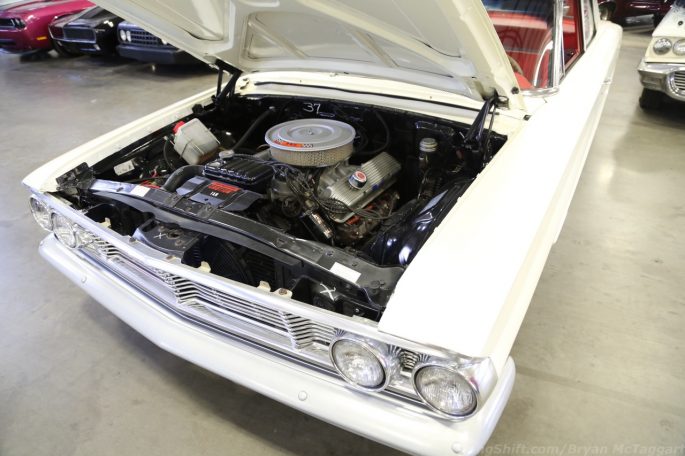 Long, low, and ready to go, this Galaxie made the list for everything it is (roomy, airy, 390-powered, four-speed shifted) and everything it’s not…overstuffed, overweight, and over-protective. Fit four adults in great comfort in a two-door body and go roaming, or go find some empty highway somewhere and learn what 1960s NASCAR racers saw in the Ford. It wasn’t my first choice but the body style grows on you over time…it has for me! 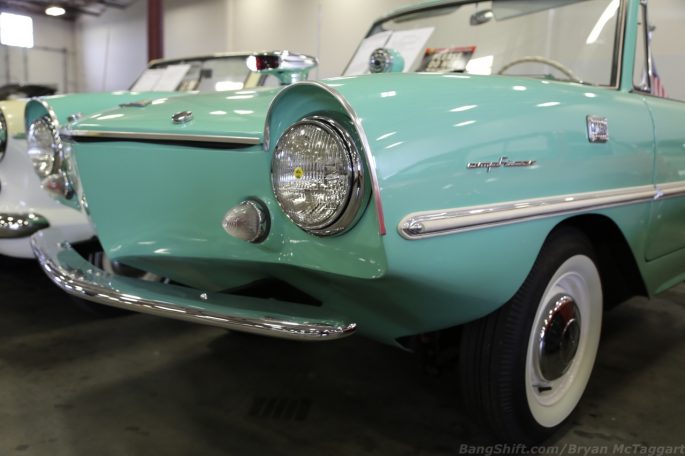 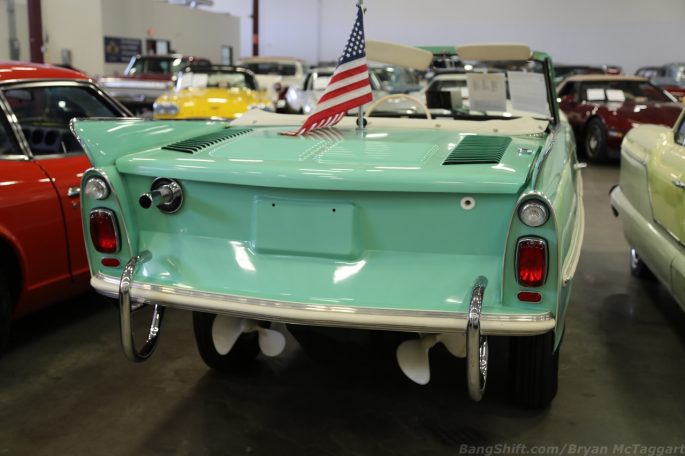 The Amphicar makes the list for the sheer laugh factor alone. The Model 770 is a mixture of the Volkswagen Schwimmwagen and a 43 horsepower Triumph Herald’s four-cylinder engine. 70 miles an hour on land, seven knots in the water. The only problem is that it’s a tiny car…it’s a one-person canoe with a license plate! 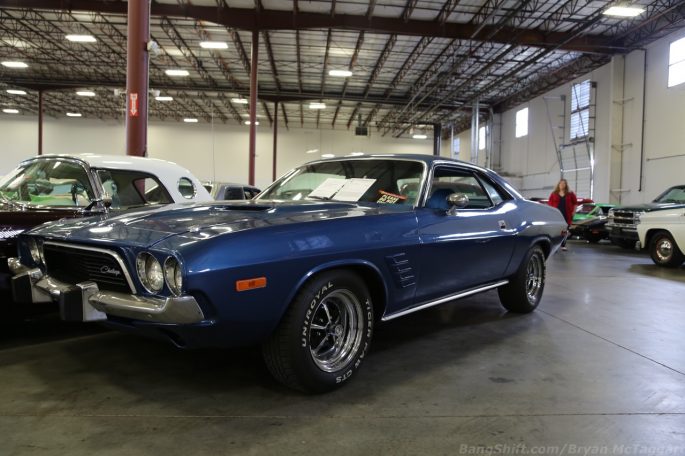 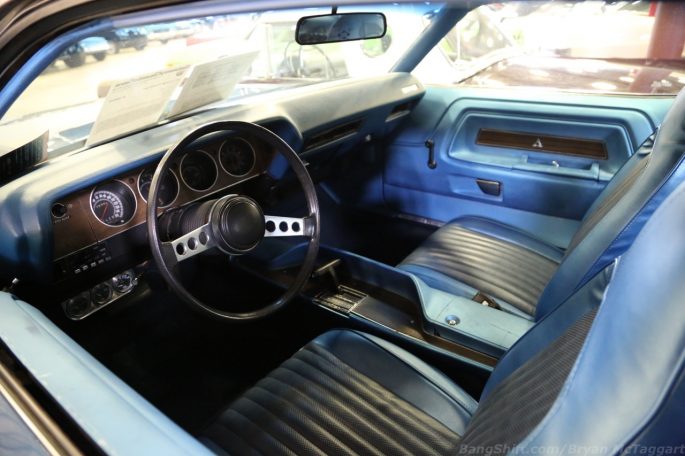 There was no way this list was going to be complete without an E-body Chrysler on it, but I’m very picky on what I want out of one. There were three…one was a 1970 440-6 ‘Cuda that was too good to drive and the other was a Hemi-powered 1973 Barracuda that had been resto-modded. I might be a sucker for the round-taillight ‘Cuda, but the originality of this 1973 Challenger called to me. It’s a 318/727 car that looks great but not so good that I wouldn’t drive it. I don’t want a six-figure Mopar. I want a backroad cruiser, and this Challenger fit the bill. 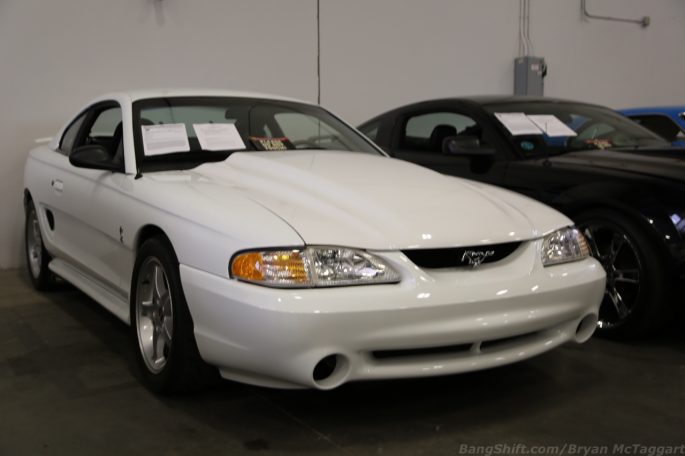 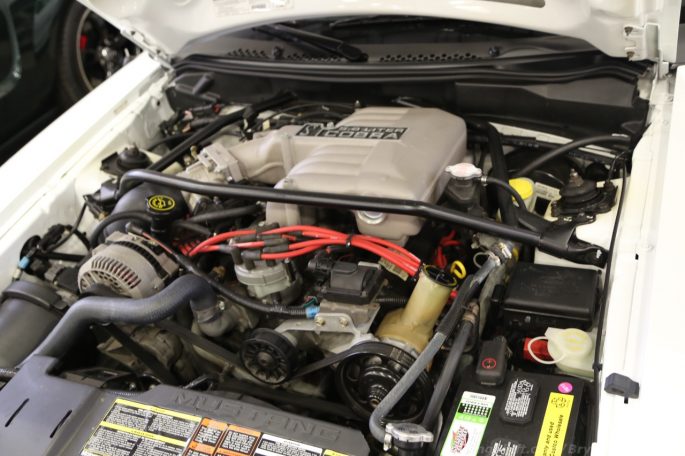 Another factory racer from the start, the Cobra R is the last 351-powered Mustang you could buy. 300 horsepower, a 22-gallon fuel tank, a Tremec manual, and straight-up stripped. You had to have a racing license to buy one of these from Ford and you only got one of three colors: Rio Red, Black, and Crystal White. One of 250 produced, my normal bias against SN-95 Mustangs goes right out of the window with this one. 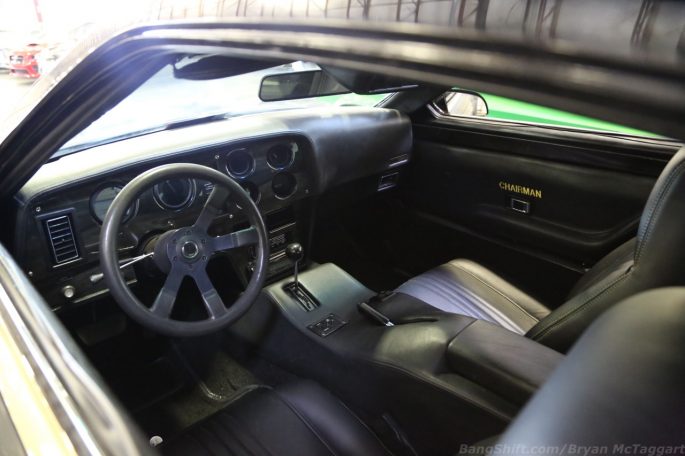 I’m a known fan of Bricklins, but this one really caught me up for a moment. It’s a Ford-powered version and an automatic, but with “Chairman” embroidered in the interior and the black-and-gold motif, this is pure disco pimpin’ right here. I don’t think I could bring myself to change anything except to give the 351 a bit more power than Malcom Bricklin probably would approve of. And yes, that means keeping the wires and white-letter tires on. I don’t think I’d ever get tired of hearing, “WTF is that thing?!” 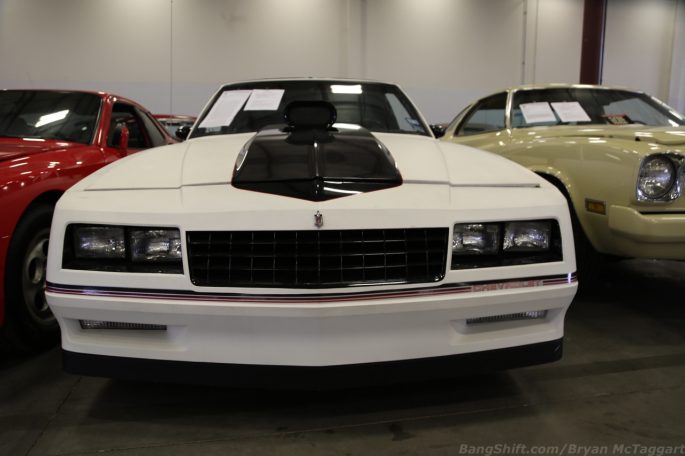 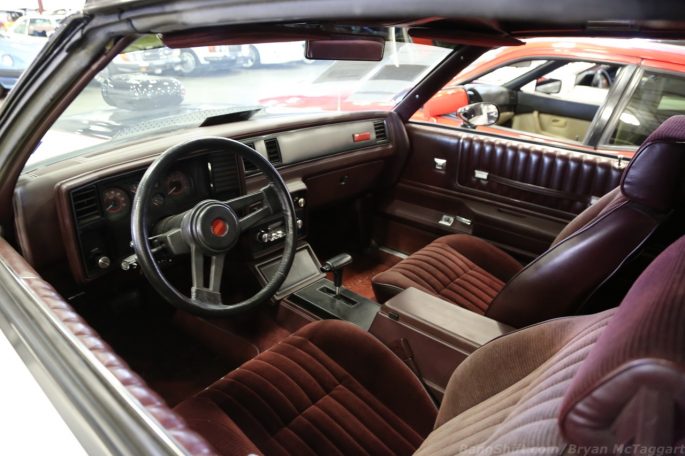 I owned a G-body Monte Carlo SS. In one of my most aggravating and ill-conceived moves in my automotive history, I let it go. I kick myself in the ass to this day about it. So seeing this Monte, with it’s 434ci blown stroker small-block and 700R4 automatic, had me itching…just remove the T-tops, sit down in that burgundy bucket, and pretend like I never let one get away from me. I might have whimpered over this one and I’m not the least bit ashamed about it. 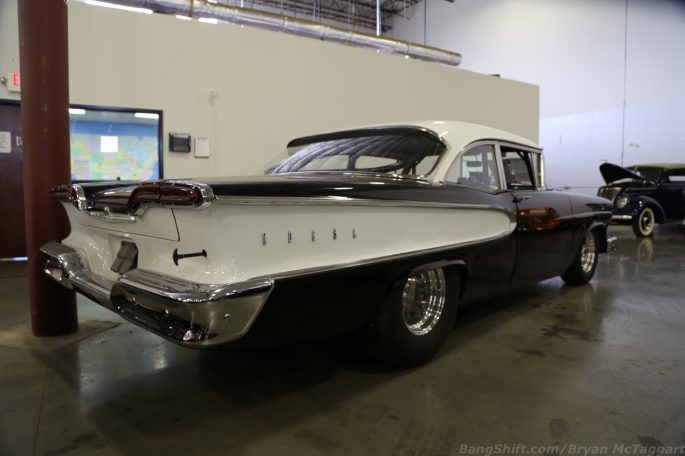 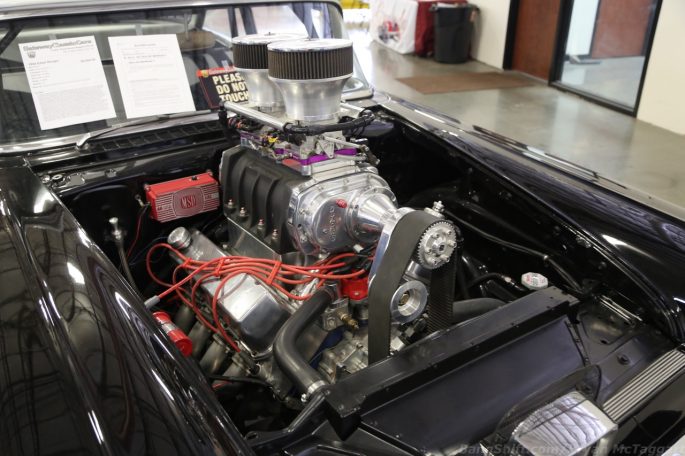 I want this car solely for driving up and down the street that runs through the middle of Western Kentucky University during the lunchtime classroom rush, when all of the students are scrambling from building to building. I don’t care if they stare, I don’t care if they like the car or not. I want to find the ones who are engrossed in their phones and I want to let that 557ci bill scream hard enough to induce loss of bowel control. I want cops to follow me around, waiting for me to do something stupid so they can give me a ticket. I want punks in their Mustangs to understand what it means to fear the car at the light next to them. This Edsel is the poster child for anger management counseling…I love it. 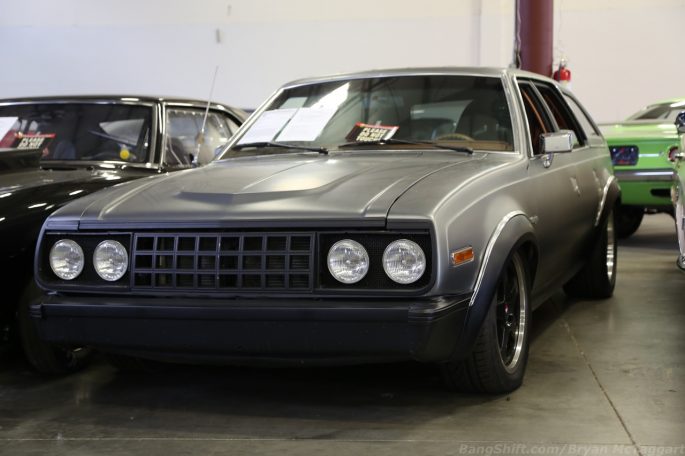 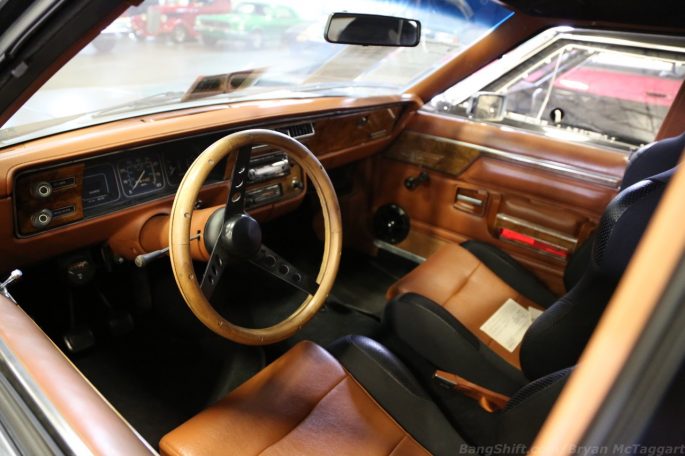 For the second time, I’m all over this car. You can YouTube the episode of Lost In Transmission to see the build that Rutledge Wood and George Flanigen built up, but the synopsis is simple: this Eagle is now a two-wheel-drive machine packing a lot of Ford Mustang parts underneath the skin. This was the one car I convinced the guys at the showroom to bring out and run…it took a jump box to wake it up, but once they got it out of the showroom, the car sat long enough for me to get some photos and a quick live video and they were out running it around, flexing it’s muscles with quick rips around the building. I’m still seeing the Eagle as the ideal work car: station wagon usefulness, a wicked little runner, small enough to not be cumbersome. This is the one that had my wife worried the most, and for good reason…it’d be in my driveway in zero seconds flat if I had the means.

I want to thank Matt McCain, Cody Jones, Howard Henry and Bob Pierce at Gateway Classic Cars Nashville for their assistance during this shoot. I appreciate you letting me come in and drool all over the place!