The “WTF?” Files: A Coal-Rolling Corvette That Gives Purists Coronaries! 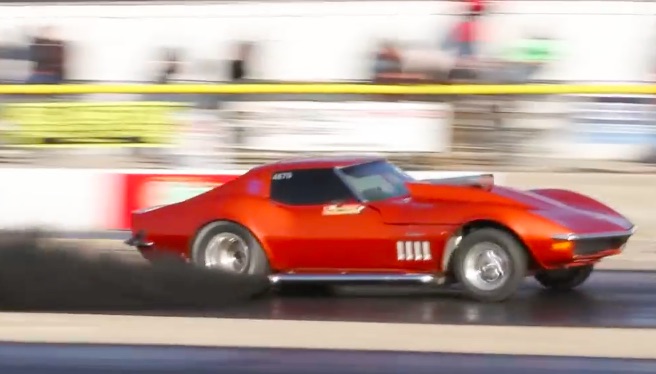 Diesel power is good power. It isn’t difficult to make tugboat-levels of horsepower and torque with a good mill, but if there is a downside, it’s that normally you have to deal with the heavy-ass pickup truck that the mill is attached to. Weight is not a racer’s friend, and even if you ignore the weight of the diesel block itself, which isn’t insignificant, you still are hauling around one heavy pile of metal with it. No bueno. We’ve seen diesel swaps into cars before, and that helps somewhat, but the cars themselves aren’t the lightest: be it 1970s Monte Carlos and Chevelles or the late-model Charger and Camaro freakshows that we’ve shown before, they’re still packing the pounds around. So what’s there to do?

Apparently, for Ryan Lusk of Iowa, the answer was simple: commit heresy. That’s a 1968 Corvette that’s dumping smoke out of the single sidepipe. If there was ever a C3 Corvette worth leaving alone, that would be it, but under the fiberglass flap that the owner’s manual calls a hood is a Cummins inline-six. We guarantee that there would be some highly-charged emotions if this Corvette ever makes the trek to Bowling Green, but we’ll keep that little secret since the car is actually out on the strip, kicking ass.

4 thoughts on “The “WTF?” Files: A Coal-Rolling Corvette That Gives Purists Coronaries!”