Big Cat Prowling: This 9.50-capable 1971 Mercury Cougar Is What Luxury Sport Should Look Like 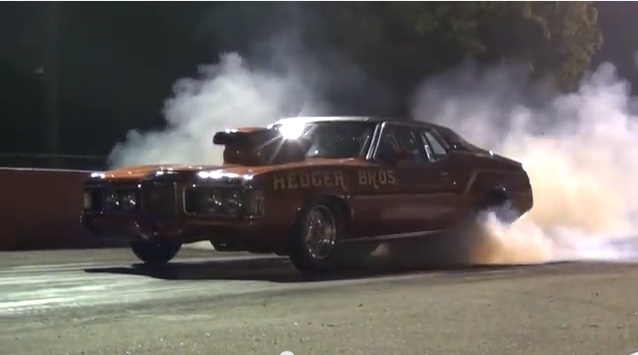 Between 1967-1973, the Mercury Cougar was the luxurious answer for someone who liked the performance of the Ford Mustang but wanted to have more luxuries at their disposal. While it’s never been completely easy to link the two together since the Cougar enjoyed a longer wheelbase and seriously different sheet metal than the Mustang, the first generation (1967-1970) laid no doubts that it was a gentleman’s performance machine. However, with the 1971 restyle, it became apparent that the Cougar was quickly trading the “sport” side for the “personal luxury” position. The new car was bigger and much more formal, even though underneath it was still all Mustang. The 1971 Cougar did come with some power left under hood in the form of the 429 Cobra Jet, but compared to this lovely beast, even the big CJ motor would pale in comparison. The Hedger Bros. “Cat On The Prowl” Cougar has been in race trim since 1979 and has over 4,000 passes on it. That lovely growl you’re hearing is courtesy of a iron-headed 460-based powertrain that’s sitting at 472ci, and it will shove the 3,000lb Mercury to a 9.50 quarter mile, bronze paint, vinyl roof and all.

Epic Save Video: Bad Company Jeep Nearly Tumbles To Its Doom On A Wild Hill Climb Pass The Monday Shift: A Nasty Stick Shift Mustang Pulls A Second Gear Wheelie From Under The Car And Run Low 9s