For The Sporting Sir: The 1962 Ford Thunderbird Phantom Station Wagon 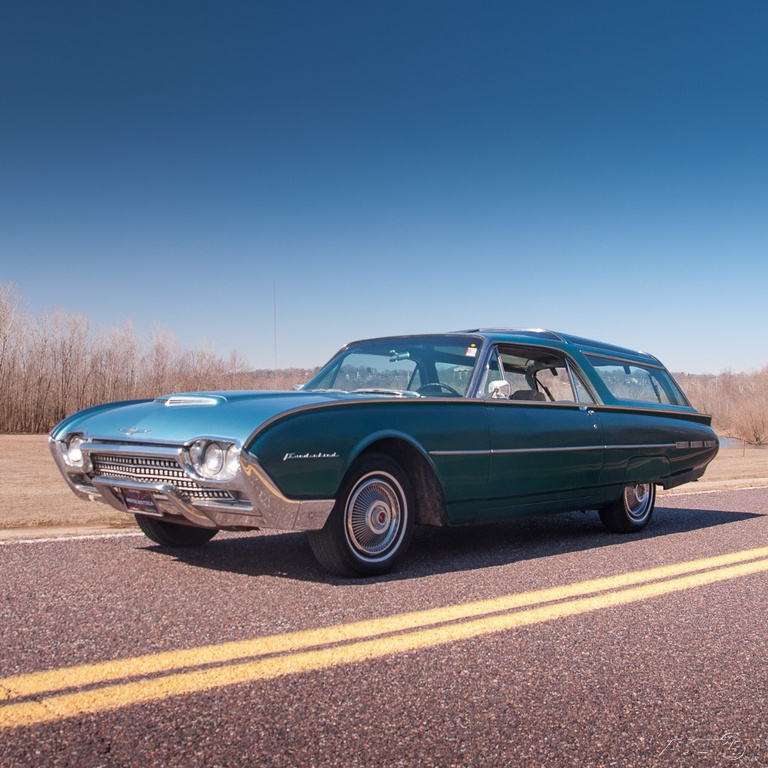 According to Lohnes, Ford screwed the pooch with the 1958 Thunderbird and from that moment forward, the model as a whole is dead to him outside of certain individual cars that earned their keep (most, we suspect, look like Bob Glidden’s cars from the 1980s.) I’m a bit easier on the Thunderbird, if only just: the only versions I’d like to park next to the Chrysler Norseman would be the 1980-82 “Box Bird” style cars and the 1958-60 cars. The rest…I can find a reason for the rest, even if I have to struggle a bit. Take the Bullet Birds, the 1961-63 models. If you can’t say anything else, it was certainly distinctive. They were still very much a cruiser, a four door that kept some classic takes on what was “sporty”, but they did have a style all of their own. Compared to the Galaxie (and it’s sub-models), the Thunderbird was sporty…only the Starliner came close to doing a better take. 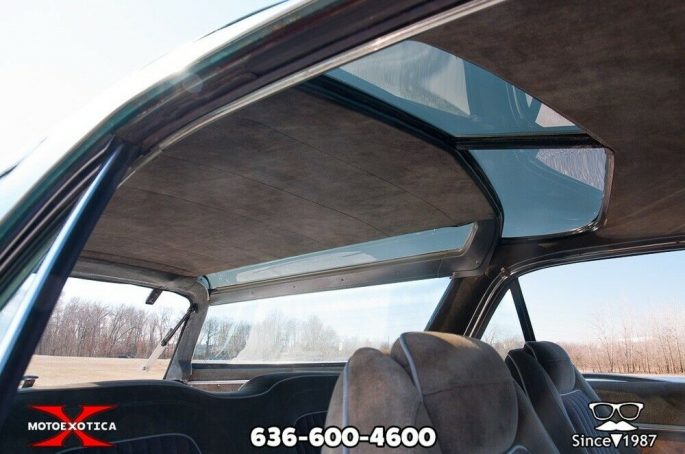 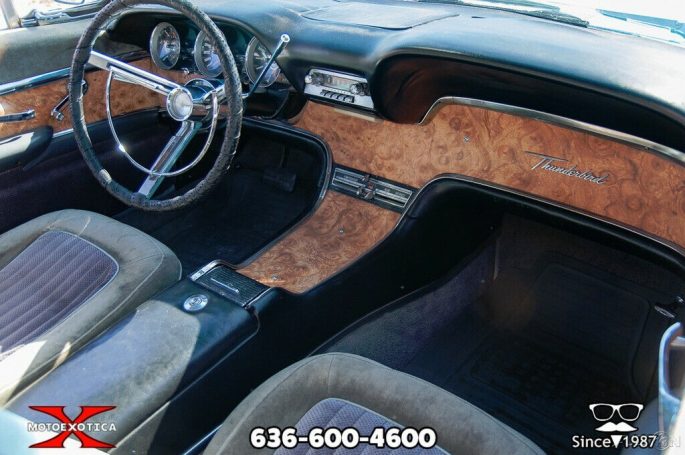 But take one look at the Country Squire wagon lineup and you can see where style took a backseat to practicality. Four doors, wood panels, hubcaps and benches ruled the day. Sorry to anyone who holds those cars dear to their hearts, but that doesn’t say “sporty” to us. And it appears that someone agreed some years prior. That roof…you know, the part of this Thunderbird that didn’t come from the factory…that was sourced from a 1965 Oldsmobile Vista Cruiser. The engine? That’s a 1969 Ford 390 with the cam from a 428. The gentleman that built the car, sunk over 400 man-hours into the roof graft. The front bucket seats? Those are from a 1978 Plymouth Sapporo. The dash has burled walunt Formica instead of ribbed aluminum, and overall, the total impact from the original Thunderbird is a 25-pound weight gain. All things considered, that’s nothing.

It is amazing how natural just about every part of this phantom build looks. Outside of the fitment of the Pinto hatch, this could have been sold at any Ford dealership with pride. A two-door, four-seat sport wagon…Clark Griswold would be proud to own it. 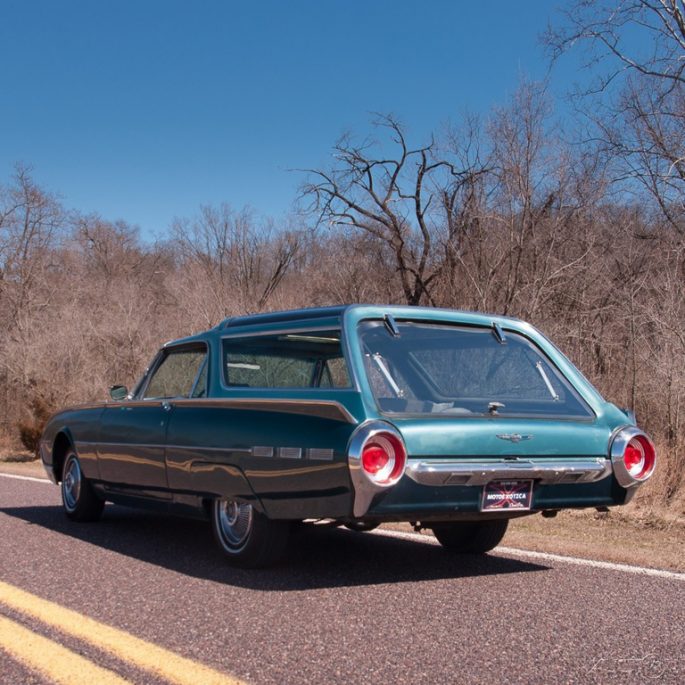 (Thanks to Adam Wiskow for the tip!)

1966 Or Older Allowed: Pie Crust Slick Racing At Byron! Unhinged: The 288 GTO, The Only Ferrari I Would Ever Own

6 thoughts on “For The Sporting Sir: The 1962 Ford Thunderbird Phantom Station Wagon”