Random Car Review: The Ford Cortina Savage – When The V6 Is A Step Forward!

Sep 17, 2020Bryan McTaggartFORD, RACING & ACTION, VideosComments Off on Random Car Review: The Ford Cortina Savage – When The V6 Is A Step Forward! 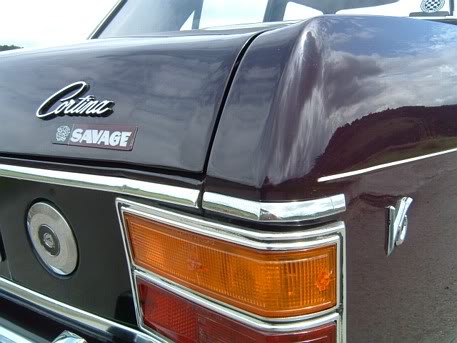 Ford special models always have an interesting name, if nothing else. Mach 1, King Cobra, Lightning. Even if the car is a pooch, the name will conjure up the image of badass, nasty power. Well, add one more name to the catalog: Cortina Savage. Wait, what the hell is that? In short, it’s a Ford Cortina with the Essex V6 shoved under the hood, with some suspension tweaking and a larger fuel tank, made originally as a “refined touring car” but in reality was a hilarious mix of power and lightweight chassis. 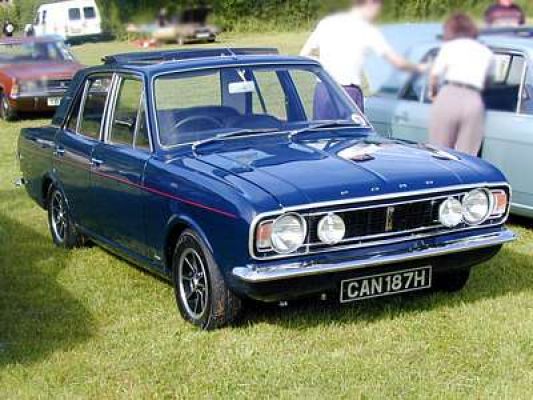 Keep in mind: the Cortina Savage was a UK-market vehicle. Flashy, fast vehicles are not the norm…in fact, standing out in general seems to be not only actively discouraged, but viewed with utter contempt. So how in the hell did Ford sneak this little Q-ship through? Blame a touring car driver with ambition. Jeff Uren had been managing a race team that had fielded Ford products exclusively, from Cortinas to GT40s, but when the team owner decided to pack it in, Uren created his own company, Race Proved, LTD. and got to work on shoving six cylinders where four had been. 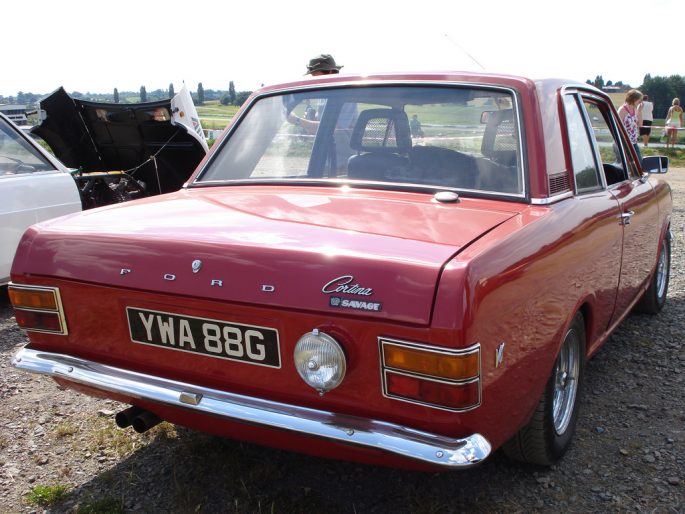 To put it accurately, this guy was Special Vehicle Operations before there was such a thing. He would take an Essex V6, jam it into a Mk2, 3 or 4 Cortina, and then offer the customer who was having the car built options as to how much power they would end up getting. Going full kill netted 210 fuel-injected horsepower out of the 3.0L mill, and options were aplenty, including fiberglass hoods, rolling stock, suspension bits and more.

Finding a legit Savage is a needle-in-a-haystack affair. Maybe 1,000 managed to be built, and while we don’t have solid figures for how many are left, an island surrounded by a particularly brutal sea that has as much rain and fog as the British Isles have isn’t conducive to old vehicles. But we are glad some are around, and we dig the setup. A 302 in a Cortina might be the obvious answer, but don’t count the six out!