Pace Car Indeed: Ride Along In This 1979 Ford Mustang IMSA Racer As It Rolls Around Mont Tremblant! 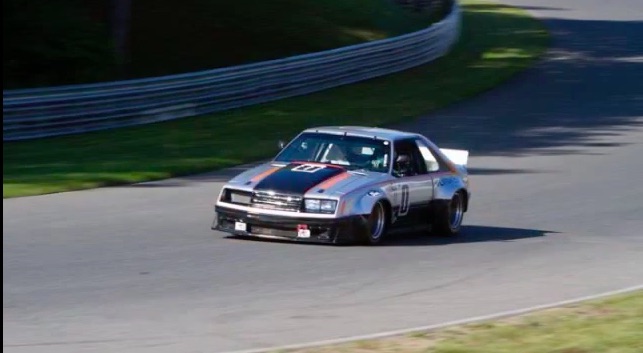 Nobody knew in 1979 that the Fox Mustang would cover over a generation of Ford’s pony car, nor that it would kickstart a horsepower revival that would carry on to present day. All the designers at Ford knew was that they had to move on from the Mustang II and field a car that would keep the nameplate going. The development process had been somewhat rocky, with Henry Ford II doling out orders that the car keep certain design features while designers from both within Ford and from Ghia in Italy duked it out to see whose take on the Deuce’s wishes was the best. In the end, it was former Ford of Europe designer Jack Telnack who penned up the third-generation Mustang, and it was done in full flagrant violation of Henry Ford II’s one unbreakable rule: no slantback nose treatment.

But what do you do with a Mustang? You race it, of course. There was no doubt with the Fox program that performance of some kind had to be in the equation. The kickback Ford had received from the 1974 model year, the only one where Mustang didn’t come with a V8 engine option, made that perfectly clear. But where do you race? NHRA was a given, but IMSA was on fire in the late 1970s and the Mustang’s low drag coefficient and focus on light weight and handling made it an attractive option…nevermind the looks that lended themselves to flared fenders and massive rolling stock!