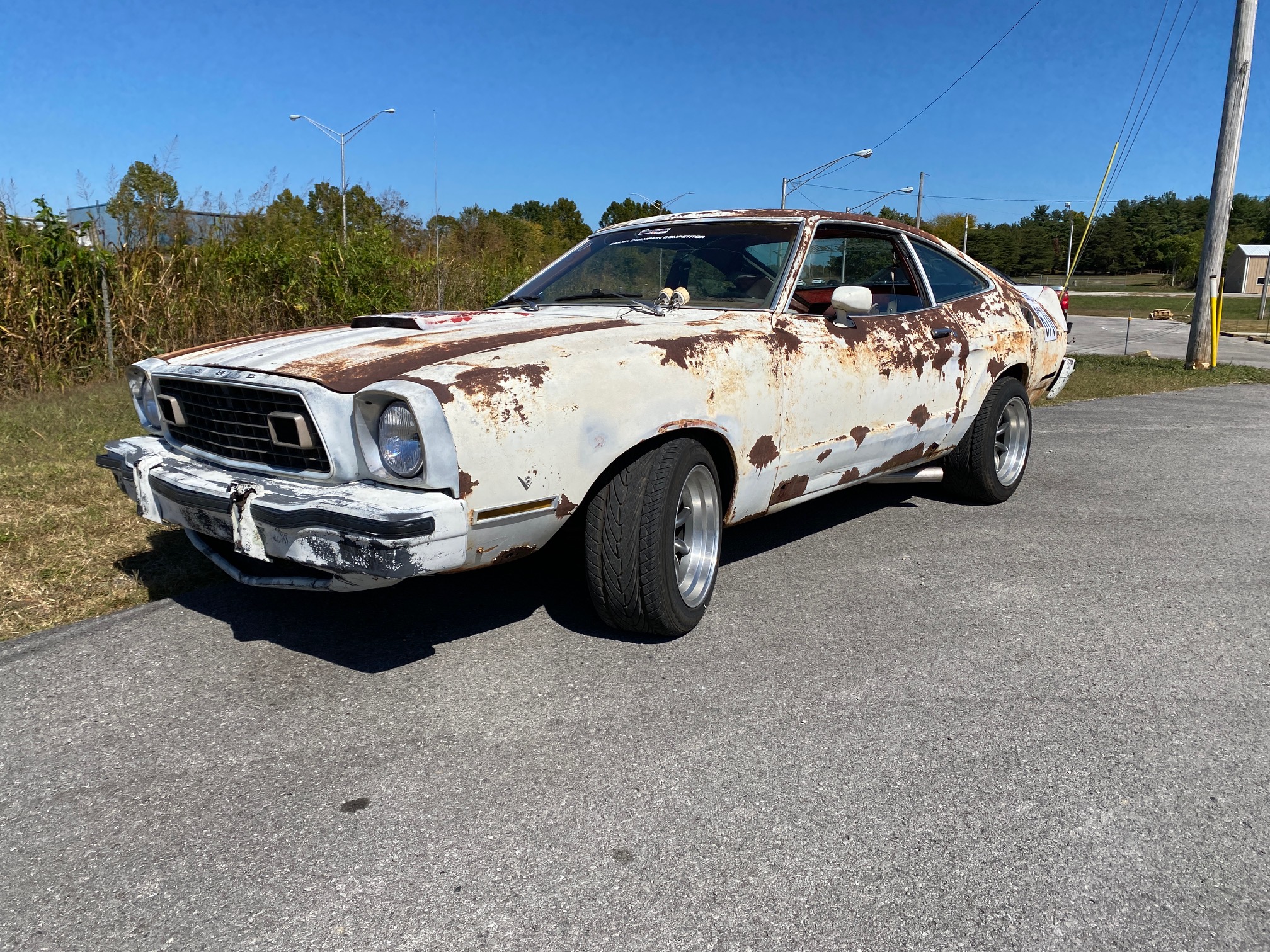 The entire month of September has been a blur. Three major event weekends have come and gone and in hours, I’m heading out to a well-deserved vacation in a place that has a hot tub, no cell service what-so-freaking-ever, and enough restaurants to keep me satisfied. It’s been a fantastic show season in Bowling Green. LS Fest East was its usual raucous self, MoParty grew by at least a third, and Ford Fest on Saturday was just plain wild. From the General Lee Jump that proved that Jayme Smith is still the baddest man to drive a Crown Vic-turned-Charger to the absolutely unreal bomb blast that tore Solomon Lunger’s truck apart during the burnout contest at Ford Fest, I’ve had a blast. I’ve caught up with friends both local and distant, some whom I haven’t seen in a minute, and I’ve worked long hours earning that dollar.

This year, I was offered the chance to try something new. I’ve made no bones that I’m a fan of Dylan McCool’s ’77 Ford Mustang Cobra II. This is one of Dylan’s more in-depth from-the-grave builds, and it’s a car that Dylan has fallen in love with. He’s wicked up the 302 to be a respectable unit, he’s replaced the fuel system and brakes, he’s put on some neat Minilite-style wheels that look properly killer and fit the Mustang II’s diminutive size, and the last time we saw the car, it was hazing the rears of like a proper backcountry beater. It’s a great take on my vision of a smaller, violent Ford product, and when I wrote that article up, I made no bones about the fact that I wanted to drive the car.

Dylan thought that was a good idea, and at Ford Fest, he tossed me the key to the Cobra II. Read on to see what I thought about meeting this particular hero… 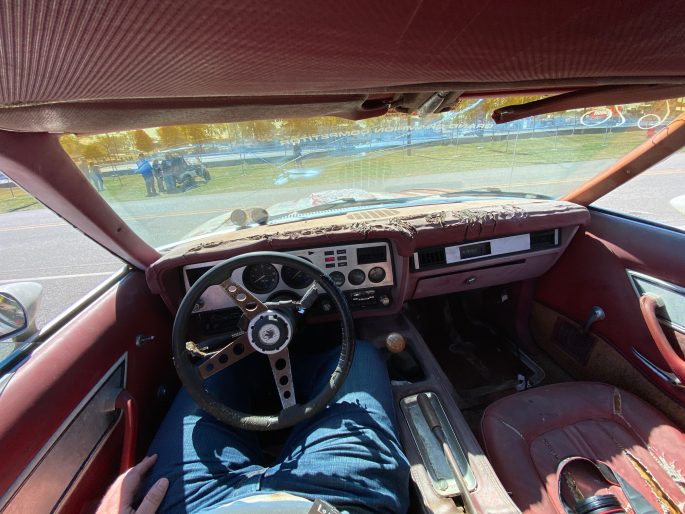 Let’s address the first question: “Do I fit?” The answer: Just. I would fit better if the headliner was gutted out, as I had one of the support rods carving a ditch into my skull. My right leg is fine. My left foot is either on or underneath the clutch pedal…there is no in-between. 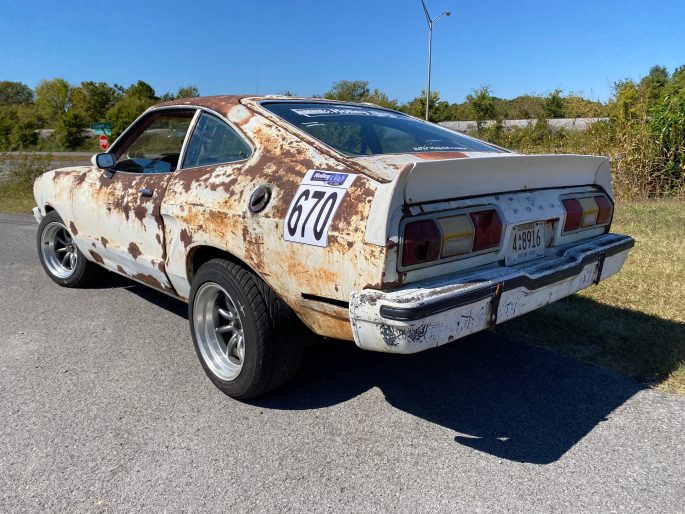 Dylan’s list of things to be concerned about was surprisingly minimal. The brakes were currently non-powered, the cooling system would be fine unless I got caught in traffic and the clutch “sucks” (his term). What he didn’t mention: the only functional factory gauge is the speedometer, and the only other gauges are zip-tied to the wiper arm. Oh, and the “door ajar” light is permamently on when the power is on. Nothing to worry about. 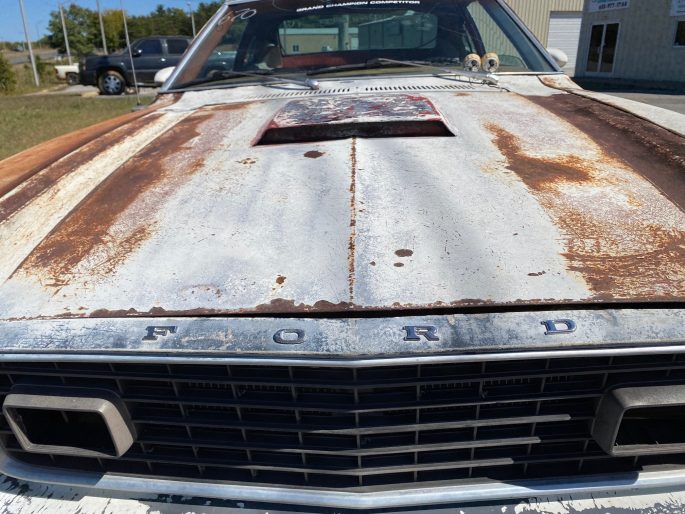 I creeped the car out of Beech Bend carefully, learning what the Mustang would and would not tolerate. He undersold how bad the clutch was…it works, but the feel through your foot is about garbage. Other than the rattles expected from a Cobra II that’s been abused most of it’s life, the car drove fine otherwise. Turning off of Beech Bend Road and onto Highway 68, I let the car have it, through all four gears. The speedometer is accurate…and let’s just say I saw enough of what it can read. The grunt is all down low…and it screams all the way through the rev range! The fun-killer? The hood started making a very threatening fluttering motion. I was not about to endure a hood-up situation in a car I don’t own, so I spent the rest of the drive cruising it. The Cobra will tolerate it, but it prefers digging in and raising hell. 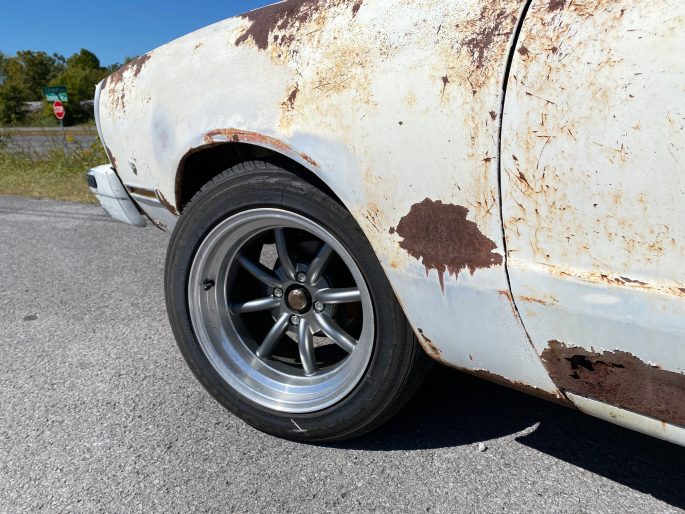 Do I have recommendations? Sure. All of the wiring probably needs to be re-done, having functional gauges would be nice, and the headliner would be trashed in a second. Subframe connectors would go a long way here too. But overall? The Cobra is a riot. I’d rock this sucker all day long, until the cords were showing and the neighbors were actively calling the cops. I’d love to see what it would do on a road course. 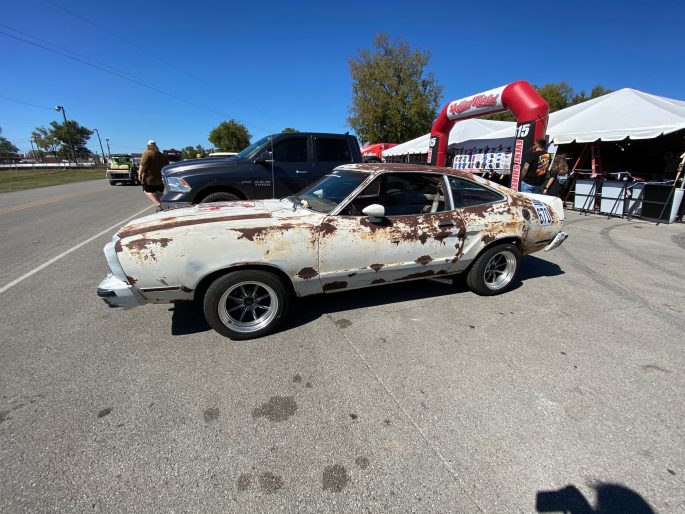 Ultimately, I had to give the Cobra back. Dylan needed to load the Cobra back onto the trailer and prepare his ’68 Charger stocker that’s really a Town Car for the trip back home. Dylan, thank you for….wait. He was here a minute ago. Dylan? Where the hell did he…? 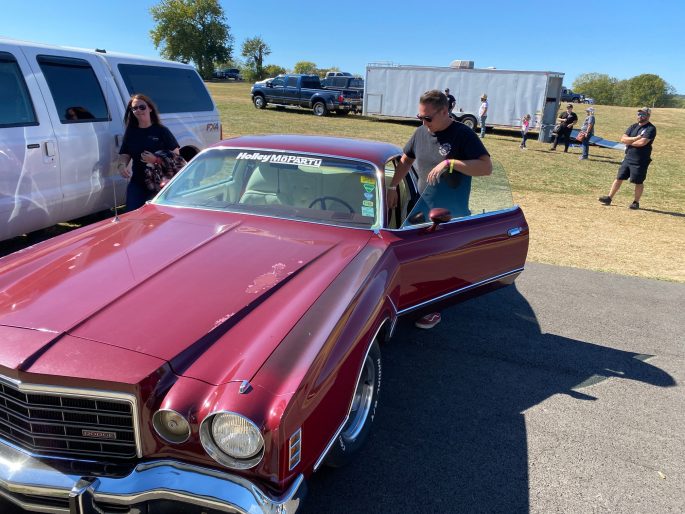 One thought on “Unhinged: Driving Dylan McCool’s Cobra II Around At Ford Fest 2022”