Van Go Wherever: This 1982 Ford Econoline Quadravan Beats An RV! 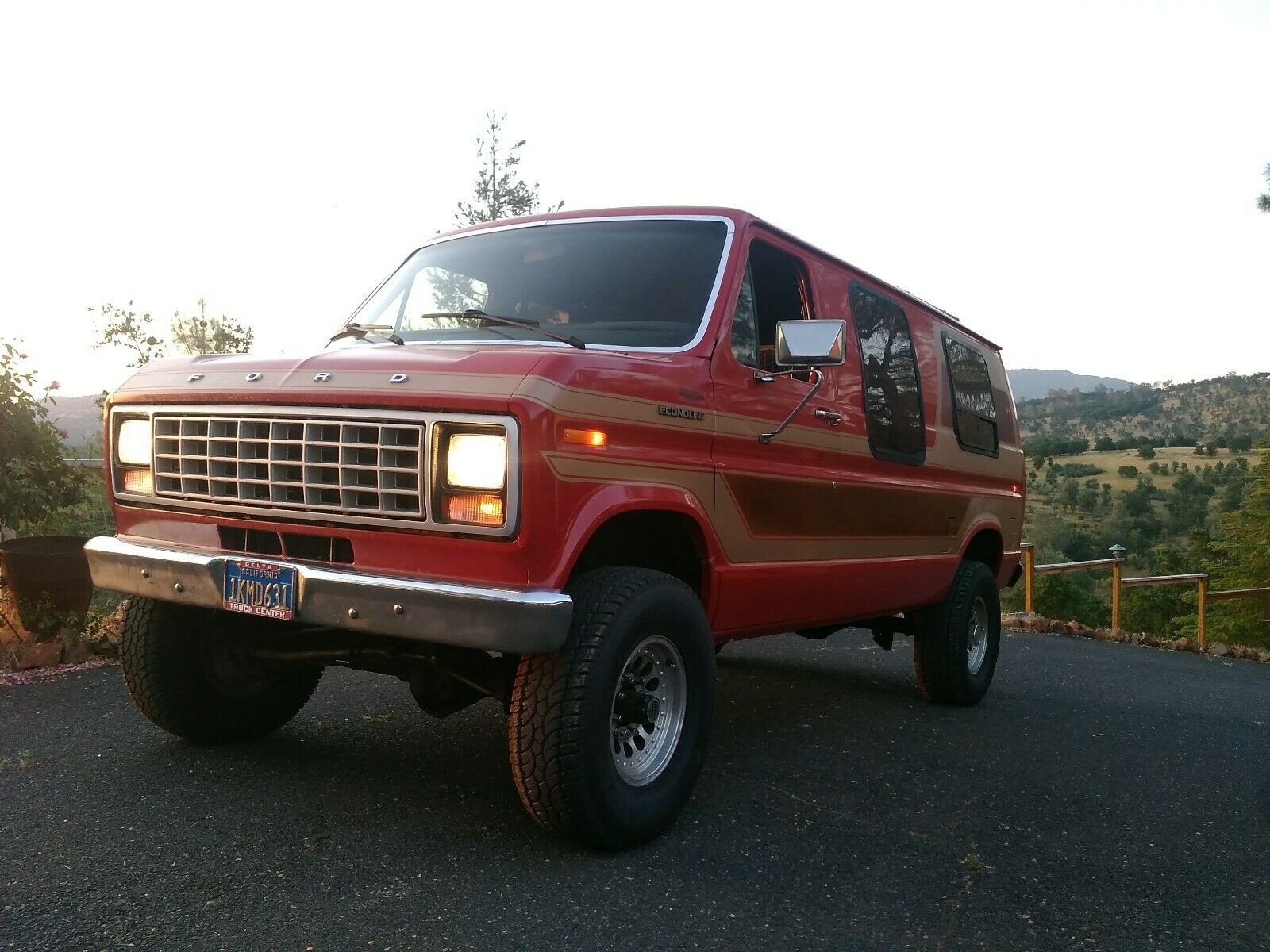 I don’t have a problem with a recreational vehicle per se…a mobile home-away-from-home has appeal. I would like a vehicle that has a small refrigerator, a place to sleep, and even a small bathroom. That would be fantastic. A Class A RV would be unreal…”mobile home”, indeed. Except two things: one, price a Class A RV that doesn’t look like it was in the running to be the car star for Breaking Bad, and two, think about where you can actually drive that same vehicle. If you like campsites that offer up electrical power stations and don’t mind neighbors around you, then maybe a Class A is what you’d do best with. But what if you like to get way the hell away from things, where you just want a bit of shelter from the elements but would still prefer to sit by a small campfire with no human around for miles, only to retire inside something a bit more substantial and less frustrating than a tent? 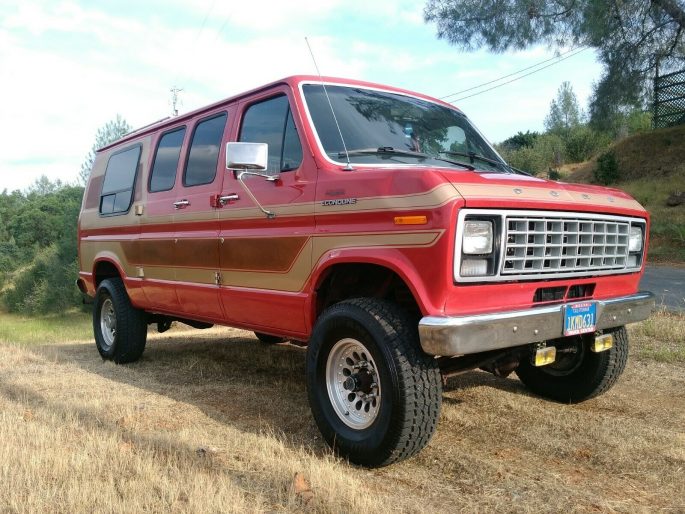 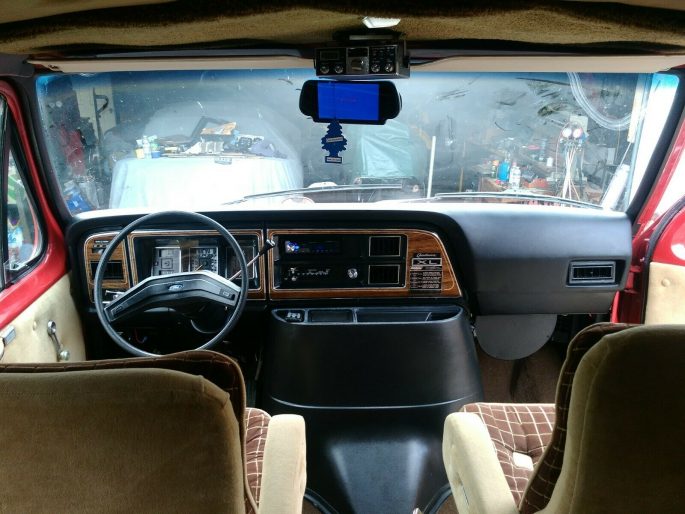 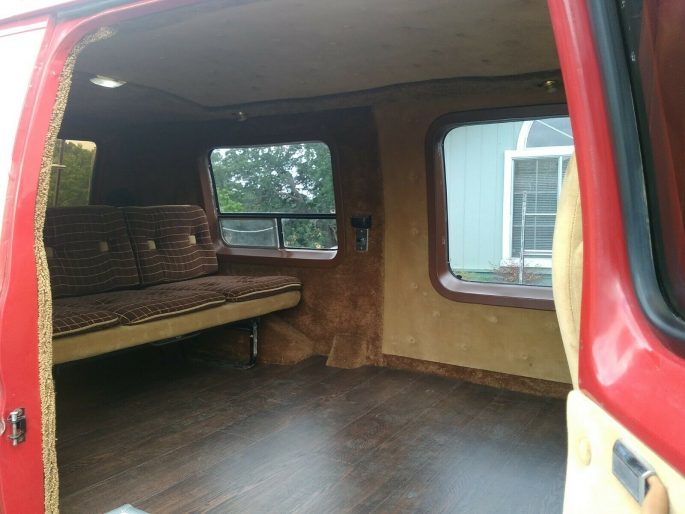 If the second option sounds more like you, then maybe a four-wheel-drive van is more your speed. Roomy enough to sleep in, small enough to get down plenty of two-track trails and out into the wilderness, a four-wheel-drive van can double as your home base without being an overloaded luxo-brick. Take this 1982 Ford E-250 van, for example…It is a Pathfinder-modified example with a 460 for power, air conditioning, wood flooring that replaced shag carpeting, and in lieu of it’s second fuel tank, you get a fresh water holding tank. Hop behind the wheel and enjoy captain’s chairs as you drive to your next destination, then when you are ready to put out the fire for the night, close up shop and fold down the rear seat into the bed or roll out your sleeping setup on the broad expanse of floor and stretch out. You’ll still have plenty to see via the large windows. Enjoy the chirps of the crickets and the howls of the coyotes as you enjoy a good night’s rest inside your personal off-road hotel room. 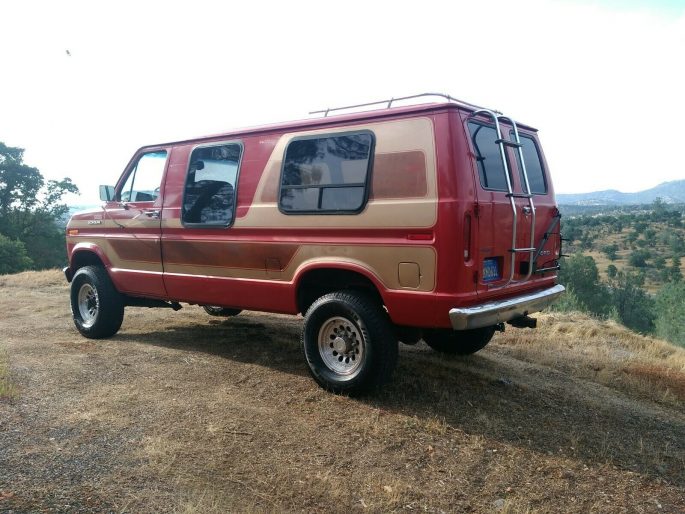 Morning Symphony: The Spirit Of The 1960s At Goodwood FCA And Renault, Together? The Breakdown Of The Potential Partnership Redux!

4 thoughts on “Van Go Wherever: This 1982 Ford Econoline Quadravan Beats An RV!”