The Ford Troller T4: A Diesel-Powered Small 4×4 That Shows How A Small Off-Roader Should Be 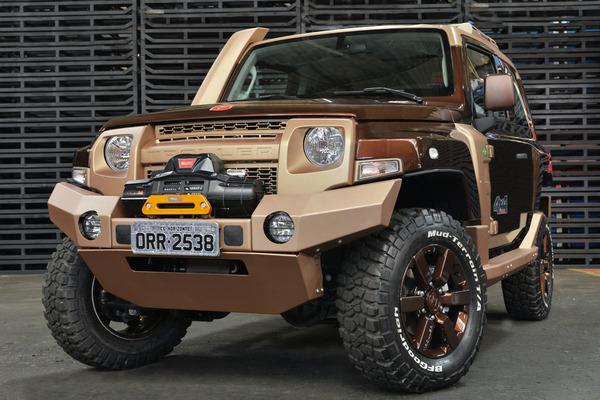 It’s a concept car from Ford Brazil, so ignore the first impressions (real-life Tonka toy) and take a good, in-depth look at the Ford Troller T4. Once you get past the initial show-car look, you come across a two-door 4×4 that looks like a natural adaptation of the early Bronco styling crossed with some of Ford’s current design language. It looks stout and very useable, but don’t expect the Troller to arrive in the U.S. anytime. Not soon, not ever. It will be revealed at the Sao Paulo Auto Show on October 30th, 2014. 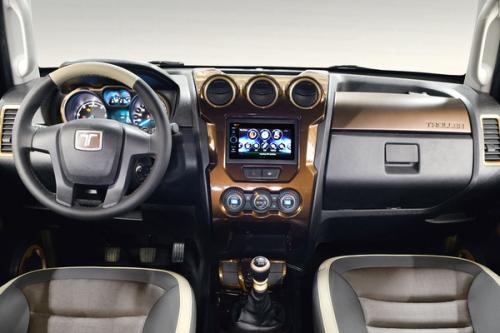 Troller started in 1995 as a company focused on building off-road-only vehicles that could stand up to the rough roads and jungles around Brazil. The original T4 looked quite a bit like a YJ-era Wrangler, but with some extra touches that included winches, snorkel kits and suspension modifications. Troller also attempted to build a pickup truck, the Pantanal, but after it was discovered that the frame was susceptible to cracks, all 77 vehicles were recalled. Ford do Brasil ended up purchasing Troller in 2005 and has since ran Troller as a sub-brand. 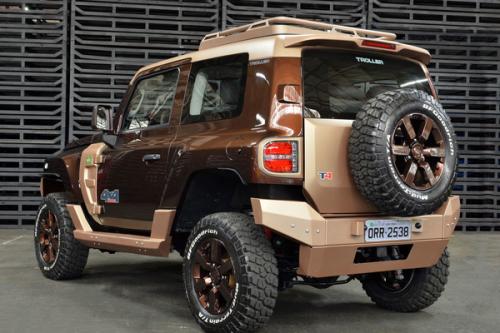 The Troller T4 concept pictured here is powered by a 3.0L diesel five cylinder hooked up to a six-speed manual transmission, and the vehicle is set up to be very Jeep-like. Details are damn near impossible to find, and yours truly doesn’t speak a single ounce of Portuguese, but all I need to know is a small diesel engine, hooked to a manual transmission, in a vehicle with an off-road bent sounds pretty tasty. And while the concept is wild, the actual Troller T4 looks like it’s ready to go play. I’m not kidding in the least when I say that Ford could call this thing the Bronco II and it’d still fly off the dealership lots.

5 thoughts on “The Ford Troller T4: A Diesel-Powered Small 4×4 That Shows How A Small Off-Roader Should Be”