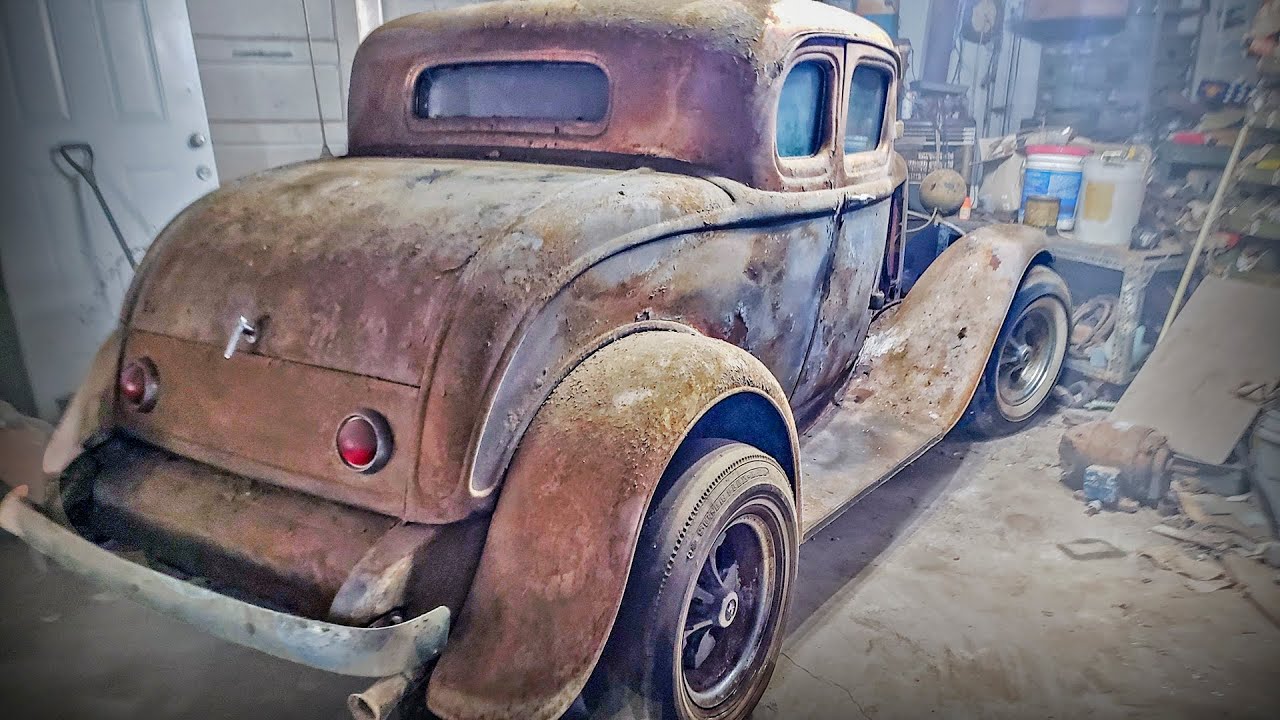 60 years! Holy crap! This bitchin hot rod was built in the 1950’s and then sat until 2020 when it was saved so that it can be restored. This is one super cool car and the restoration promises to be something special. Tommy Lee Byrd has all the info and shares it in the video below. This one is pretty special.

Historic hot rods are still out there, waiting to be found! This example is an outstanding 1932 Ford five window coupe, built by Jim Smart in the 1950’s. He sold it to Jack Cowan, and then the car sat inside a garage in Niceville, Florida until 2020. Follow along to see a brief overview of this car’s history, and stay tuned for a full feature when Josh completes the restoration and preservation of this car. We’re referring to it as the Air Force ’32, due to Jim’s history with the US Air Force, which led him to find the car just outside the Elgin Air Force base during the 1950’s.

So much great history with family tie-ins…you’ll want to watch that one! For now, we’re covering the rescue efforts, then the cleaned-up survivor when Sonny Smart had it at the NSRA Street Rod Nationals South, then the preservation efforts of Josh Scronce and Donnie Smart. This is an incredible piece of hot-rodding history, and Josh is truly doing it justice by putting it back on the road with period-correct parts. In part 2 of Air Force ’32 video (the full feature) we’ll get to listen to that 265ci small block Chevy run and hopefully take a ride down the road in this rolling display of hot rod history.

Also in this video, we do a quick walk around of Josh’s shop, which has tons of great hot rod parts and memorabilia hanging on the walls, including a hand-painted sign that reads Hudson Drag Strip and much more.