Caption This: A V6-powered Chrysler Against A Charger Hellcat? How Is That A Fair Fight? 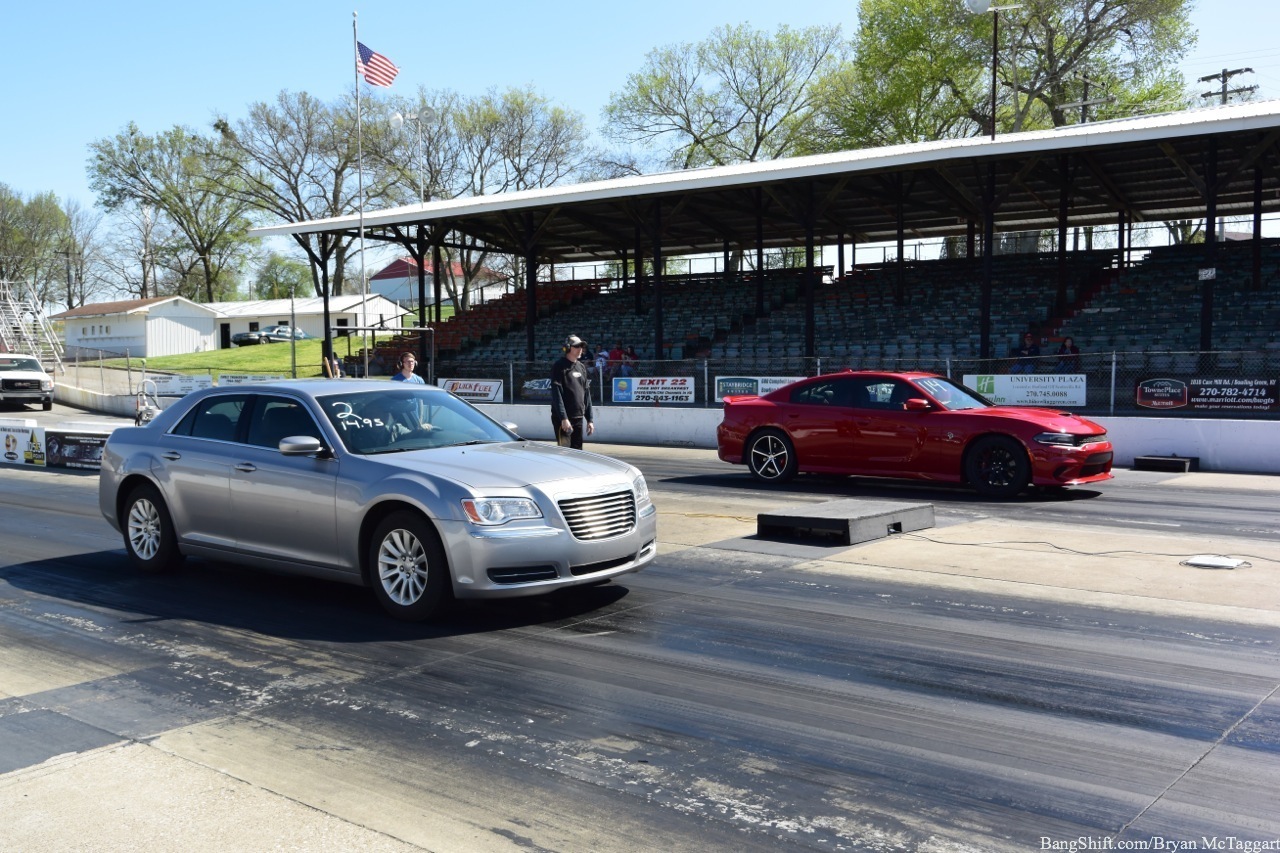 David, meet Goliath. In the right lane is a Chrysler 300. It’s a silver beauty with a V6 and the new eight-speed TorqueFlite transmission, and is dead stock. The air conditioning is cold, there is a nice bit of light jazz playing from the excellent sound system and once it’s done here at Beech Bend Raceway in Bowling Green, Kentucky, it will be driven home, returning decent fuel economy and a pleasant ride. In fact, it’s running because the driver had gotten an offer on his Track Pack Challenger and had sold it just before ChallengerFest 6, and “borrowed” his wife’s Chrysler to bracket race. In the left lane is a Dodge Charger SRT Hellcat, it’s polar opposite. This is what happens when you take a standard Charger, feed it steroids and potent drugs, rile it up until it’s foaming at the mouth and send it out into the free world without a leash. The supercharged 6.2L Hemi V8 is no joke, and the driver knows how to wrangle that beast down the track with minimal wheelspin at maximum attack. It was purchased and driven to the Friday night show and has barely any break-in miles, yet one of it’s first passes of the day was a 11.02. It is properly fast and very angry.

We’re not saying that bringing a V6-powered Chrysler is like bringing a knife to a gun fight. We’re saying that it is like trying to take on a Mexican drug cartel while armed with a whoopee cushion. But that’s just us…take a shot at this picture and give us your best caption! 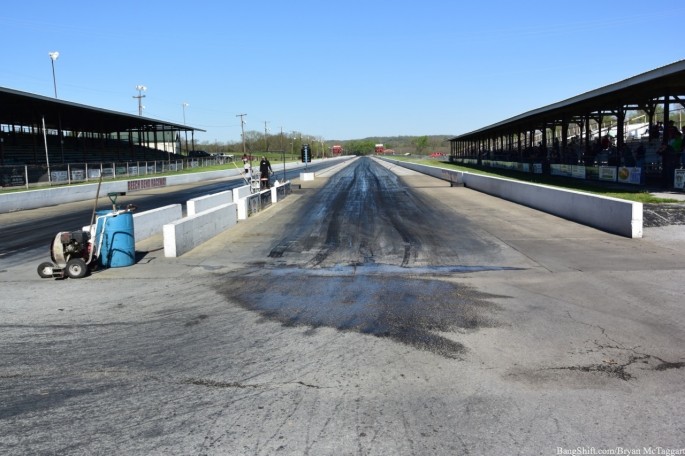 18 thoughts on “Caption This: A V6-powered Chrysler Against A Charger Hellcat? How Is That A Fair Fight?”