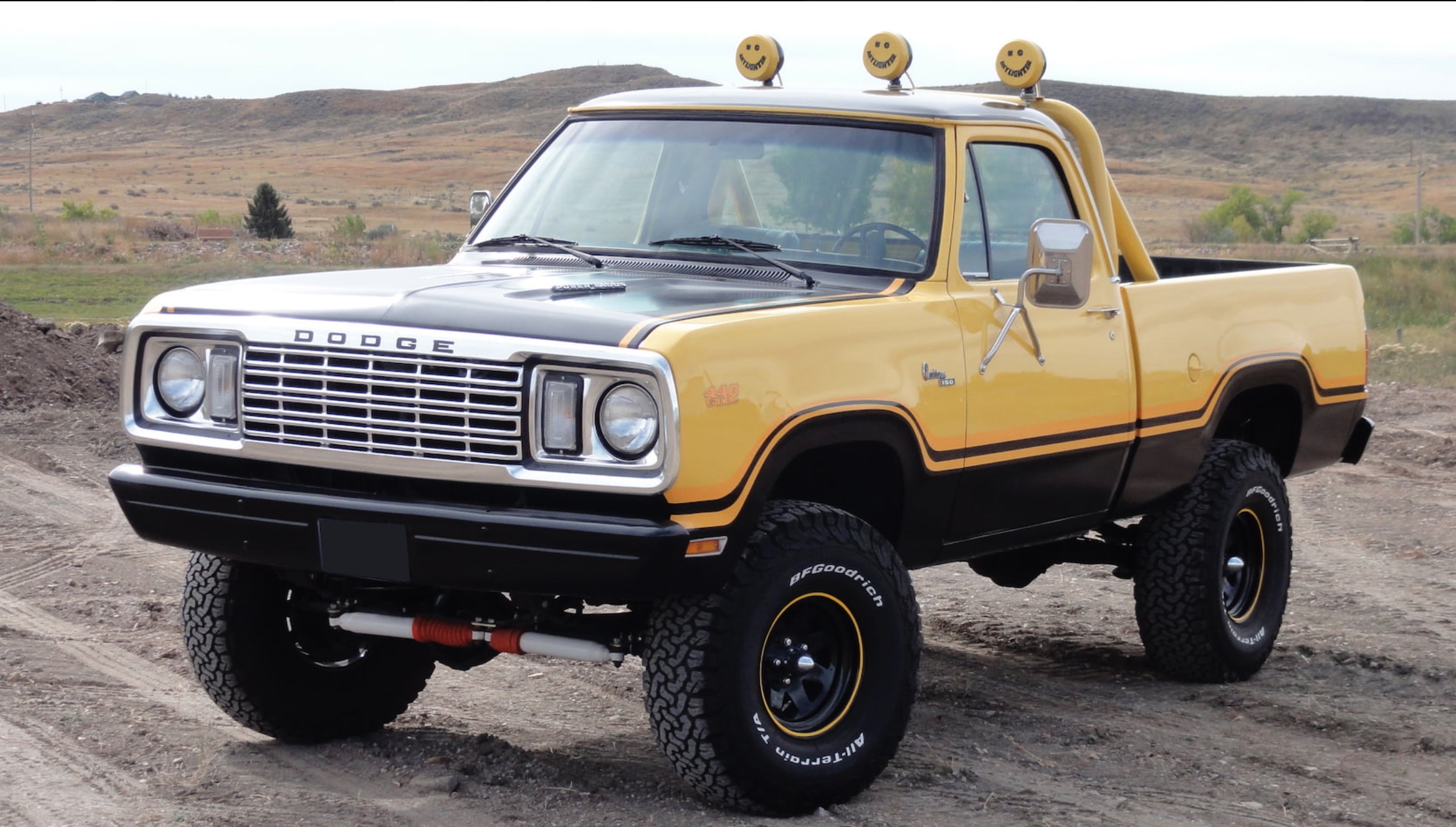 In the late 1970s, responding to the tastes of custom tricks performed on their vehicles, Dodge introduced an interesting marketing setup. Composed of tricked-out trucks and vans, the grouping was known as the “Adult Toys”. Yeah, imagine getting away with that stunt with a PR firm today for a moment…it’s a funnier thought than the idea of Dodge marketing “adult toys”, now, isn’t it? But this was the late 1970s, Dodge and Chrysler Corporation as a whole were in trouble and it was well-known, and any action had to be better than none at all. It combined a straight-up blatantly sexual ad campaign and four different models over two platforms for 1977, all of which relied on wild paint, strong masculine themes and the promise of power. 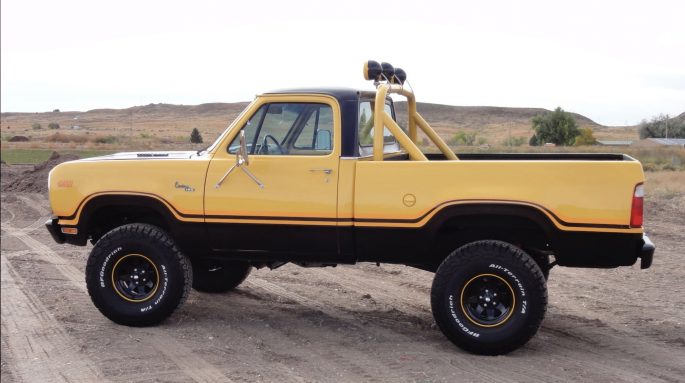 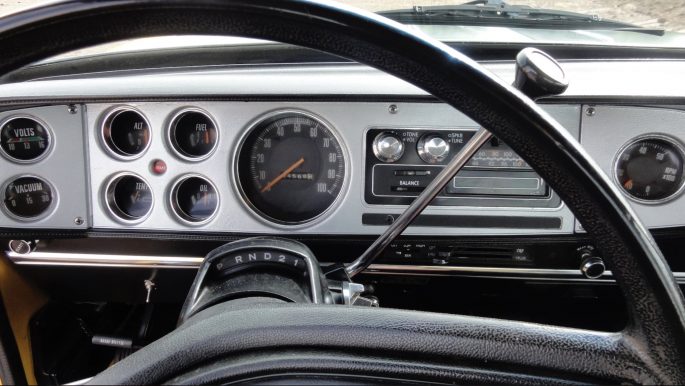 The lone van was the Tradesman “StreetVan”, which could be optioned on the 1/2 ton and 3/4 ton vans in two lengths. The Dodge Warlock and Lil’ Red Express were two different takes on the same concept, a half-ton stepside that was big on performance. The Lil’ Red Express is better known for it’s twin stacks and for being the fastest vehicle in America in 1978. The Warlock was a similar-appearing setup, but you didn’t get the chrome stacks…but instead, you could pull any engine from Slant Six to 440, and you could option four-wheel drive.

And then there were the Macho packages for the trucks. Wildly colored with contrasting black stripes and upscaled interiors, the Macho Power Wagon, Ramcharger and Plymouth TrailDuster looked like some lucky graphic artist that had been bored since 1971 got one last chance to make an impression and went for broke. And they nailed the job…you can’t mistake the Macho trucks for anything else.  This 1977 example, which has to have been restored, is as clean as an example as you will ever find. But what does that say on the fender? Nevermind, don’t squint. We’ll show you instead. 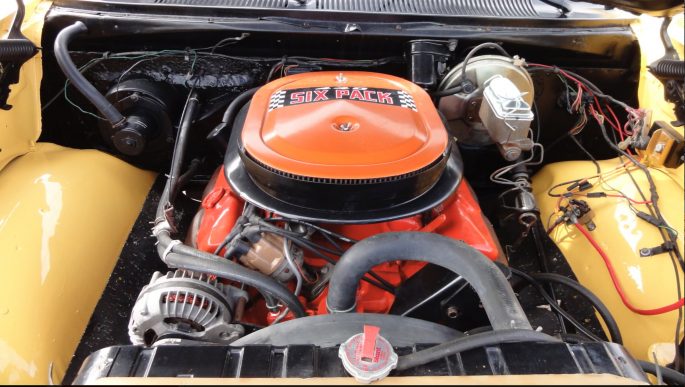 There is exactly zero information that goes along with the auction listing for this Dodge, and frankly, do you care? We’ve seen everything we need to see. 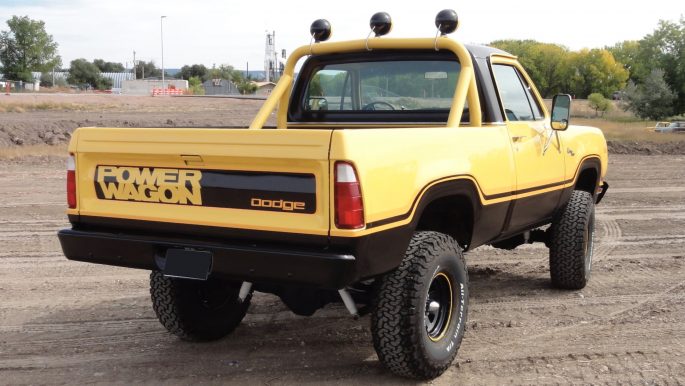 24 Hours Of Pastrana: Travis And Crew Try Out 24 Hours Of Lemons! Unhinged: The Five-Year Plan Review - It's Really Been That Long Since I Started?!

3 thoughts on “Monday Shopper: A Dodge Power Wagon That Truly Deserves To Be Called “Macho” – 440-6 Power!”