Random Car Review: The 1956 Chrysler Norseman, The Concept Car That Never Made It To The Show 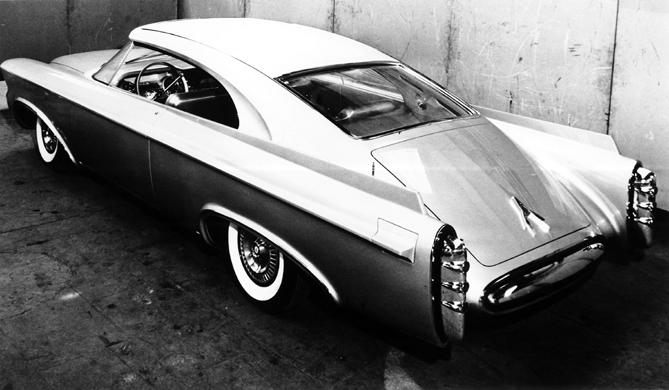 In 1956, Chrysler was about to see the fruits of labor that had started with meetings in 1953. The company had spent $200,000 to rework the chassis of a 1955 Chrysler to create a “dream car”, better understood as a concept car, and had the body built by Ghia in Italy. It was powered by an early Hemi with a pushbutton automatic, was fitted out and ready to go, and by pure fate, was doomed from the moment it hit the port. The 1956 Chrysler Norseman had missed it’s original boat, and as luck would have it, would have to take it’s ride across the Atlantic Ocean on board the S.S. Andrea Doria on what would be the ship’s final sailing. The story is well-known: late in the night of July 25th, 1956, Andrea Doria was struckby  MS Stockholm off of the coast of Massachusetts in fog and sank in 160 feet of water the next morning. 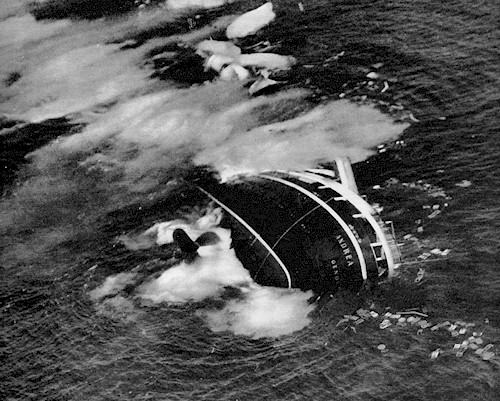 With the normal amount of secrecy that surrounds a concept car, it stood to reason that not many people ever got to see the finished product. The designers at Ghia and any transport crew that helped get the car on board the ill-fated liner would have caught a glimpse, as would the Andrea Doria‘s crew, if the car had been palletized and not fully crated up. But the public and most of the Chrysler employees who worked on the Norseman project never saw the car finished. Only a few pictures of the vehicle, all in black and white, exist, and what they showed was dramatic, to put it mildly, but was par for the course in the 1950s. 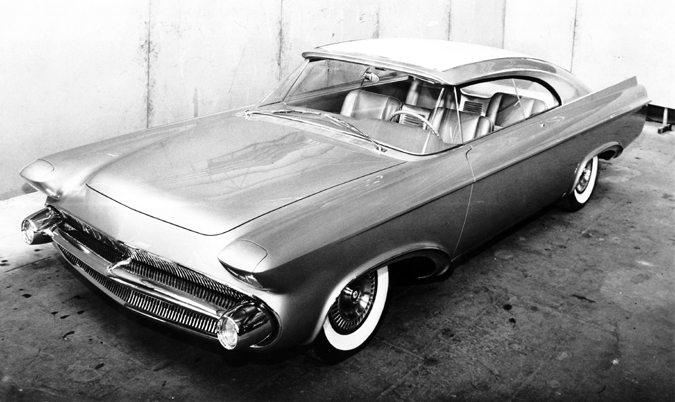 Getting past the typical Jet Age look, you’ll notice that the headlights were hidden on the caps of the front fenders, but you’ve probably already noticed the bigger party trick the Norseman had up it’s sleeve: a fully cantilevered roof that gently rested on the frameless windshield. There are no vent windows on the doors, a design feature that wouldn’t appear for over a decade, and a fastback roof that sloped so far that the end point was the rear bumper…which made the taillight nacells look like fins. If you squint at the rear shot a little bit, you might see just a little bit of Rambler Marlin in the shape, and that may or may not be accidental…Richard Teague was working for Chrysler’s design team at the time, under the watchful eye of Virgil Exner. 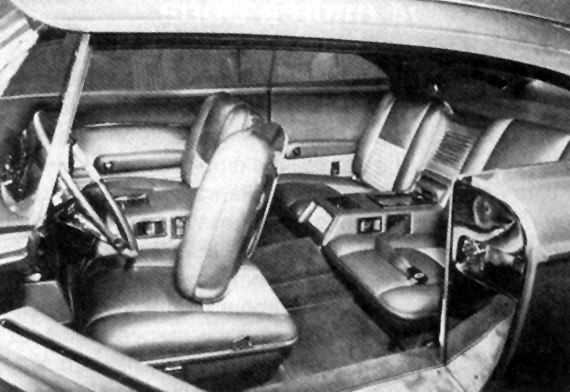 Inside, the Norseman was a true 2+2 design, with consoles splitting the bucket seats. A pull-out writing desk was available for the front passenger, and some interesting lighting tricks were employed, potentially including luminescent paint applied to the backs of the front seats. Reel-type seat belts were installed in the Norseman as well, and all of the seats were power-operated.

That’s what is known with certainty. What isn’t known makes this car all the more intriguing. For example, it is known that an early Hemi was under the hood, but it isn’t known if it was the 235 horsepower 331ci version or the 340 horsepower mill that was found in the Chrysler C-300. The color is unknown, though most agree it was either silver or green with a matching interior. There was a possibility that the Chrysler chassis was lengthened, and that the Norseman had a full pan underneath the car for aerodynamic reasons. But unfortunately, there is no way to know or prove that anymore.

The wreck of the Andrea Doria can be dived, but diving the wreck is compared to scaling Mount Everest, and divers only get 20-25 minutes at the ship before they have to start ascending. The ship, which wound up laying on it’s starboard side, has been deteriorating and even if anyone could agree on where to start looking for the car (since it’s location within the ship is lost to history) the chances of finding anything but the engine and maybe the frame is nearly zero. Chrysler could have had a duplicate built, but by the time Ghia would’ve been able to turn around a second copy, another fifteen months would’ve passed. Chrysler let this one slip beneath the waves, and never looked back.

Sign Up Now For Holley's 2020 HEMI Engine Giveaway! You Can Win This Engine Package Worth Nearly $15,000! Stevie Fast Jackson Makes His Funny Car Debut: This Is NOT Like Driving A Pro Mod!

5 thoughts on “Random Car Review: The 1956 Chrysler Norseman, The Concept Car That Never Made It To The Show”