This Hellcat Challenger Whips Up On The Unsuspecting At A VMAX200 Event In Europe! 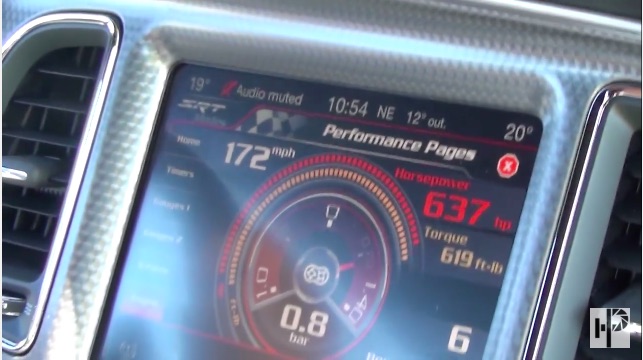 Ranting, raving, and fawning over the Hellcats should be over…they are out and about, and hunting. Quarter mile times are known, top speeds are known. Done and done. What’s left? Competition. And what sounds good when you have an American muscle car in Europe that has power levels not seen outside of Lamborghini and the boutique manufacturers like Pagani and Koenigsegg? It’s time to show off by matting the throttle and letting half of the countryside hear the automotive version of “God Bless America” as the speedometer cranks all the way around.

The Challenger Hellcat is rated up to 199 MPH officially before the car hits the aerodynamic limit. Given a runway, a driver with a lead foot, and a willing passenger with a camera, and we get footage like this: Challenger vs. Noble, Challenger vs. BMW, American Barn Door hitting 180-ish MPH while pulling an impressive 2.6 miles per gallon. Luke from “hampshirephoto” was the lucky ride along and his camerawork does the ride proud. Click play below and enjoy the WFO acceleration!

3 thoughts on “This Hellcat Challenger Whips Up On The Unsuspecting At A VMAX200 Event In Europe!”