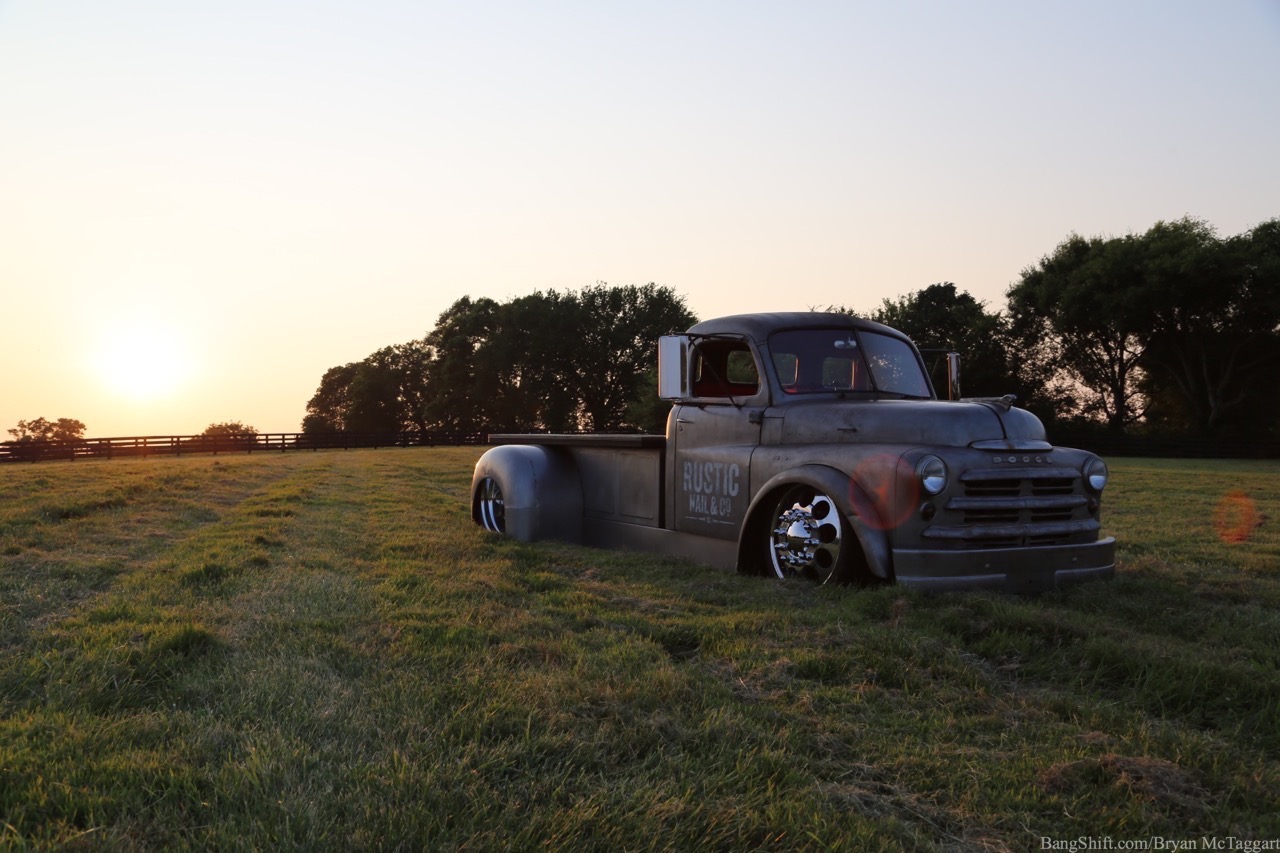 Restoration is the art of returning something to it’s original state. “Restification” describes the art of restoring, namely applied to a vehicle, but adding modifications to either upgrade performance or to appease personal choices. Neither one of these terms quite fit the 1948 Dodge 1.5 ton truck you see here…there’s no doubt that the truck has not been restored to it’s original condition and restoration doesn’t even begin to touch on what the Dodge has been subjected to, so what does apply? Given that the Dodge is a kind of brand ambassador for Rustic Nail & Co., a team of fabricators and craftsmen that take what’s old and renews it’s lease on life in a new form, “repurposed” is probably the best description that applies to the machine you see before you.

We first saw this Dodge in the back of KingSpeed Race and Repair during an open house earlier this year, where Kyle Cochran and Jason Barr were jamming on piecing the Dodge together in time for the 2017 Hot Rod Power Tour. All we saw was the nose and cab of the truck and could easily guess that a diesel mill was going under the dual-opening hood. We wisely stayed out of the way of the craftsmen and left them alone as they planned out the custom bed, wheel flares, front bumper and other items the truck was missing. They managed to get the truck together in time to hit the road, and the next time we saw sight of the Dodge was at the 2017 Holley Hot Rod Reunion, where it stood out in a field of vehicles that stand out. It wasn’t until we caught up to the truck at a small local car show that we could finally schedule some time to get the information on this rig and take some worthy pictures. 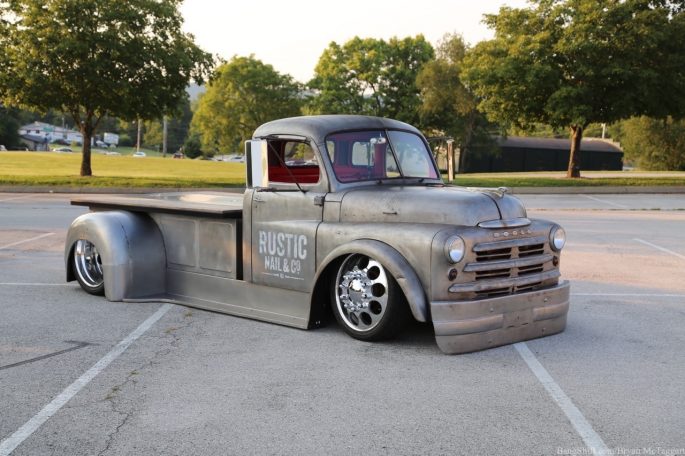 The Dodge is a rare “pilothouse” five-window 1.5 ton model, and was even rarer that it was optioned with a radio. Cochran believes that the truck is one of maybe 829 made with those options. Originally a grain truck that has always been registered in Warren County, Kentucky, only the cab and front clip remain from the original work truck. The rest has been a massive undertaking that has enlisted some of the best in the area. Brandon at SelfMade Fab in Dayton, Ohio deserves credit for putting the Dodge’s bones together, creating a custom chassis that would support the AccuAir air ride system and RideTech shocks, and a four-link rear created by Jason Thorbeck at Thor Bros. Kingspeed Race and Repair took the running gear from a 2001 Dodge Ram 2500 donor and went to work on an agreed budget. Don’t think that means that the diesel is a stocker, though…the Dodge still needs to hit the dyno for a final figure, but there is plenty of grunt available as-is. According to Kyle, they pretty much lived at KingSpeed for two weeks jamming the truck together, with Mike and Chase helping out where they could. 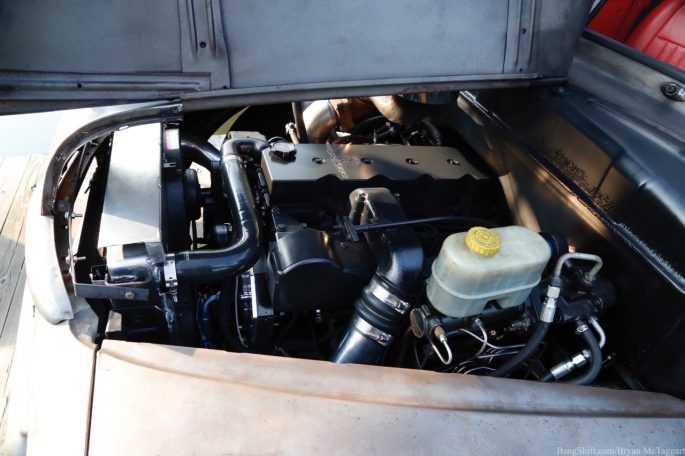 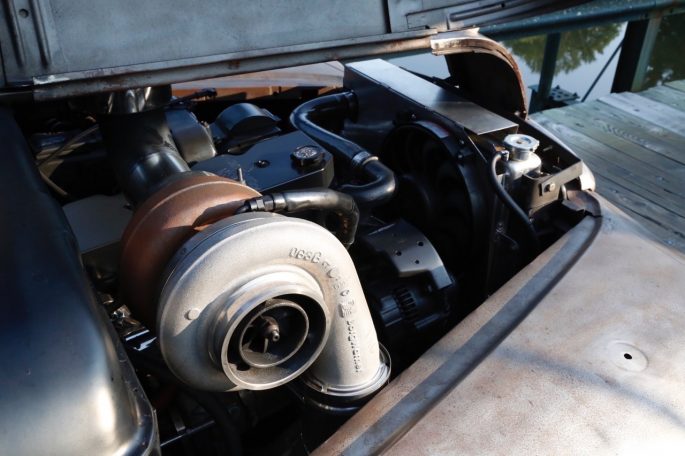 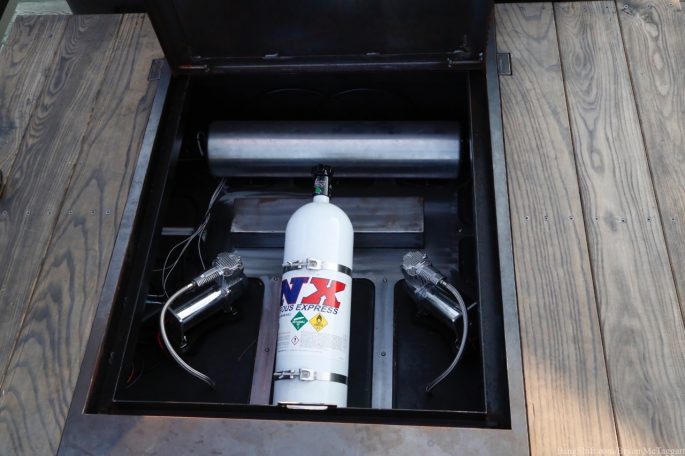 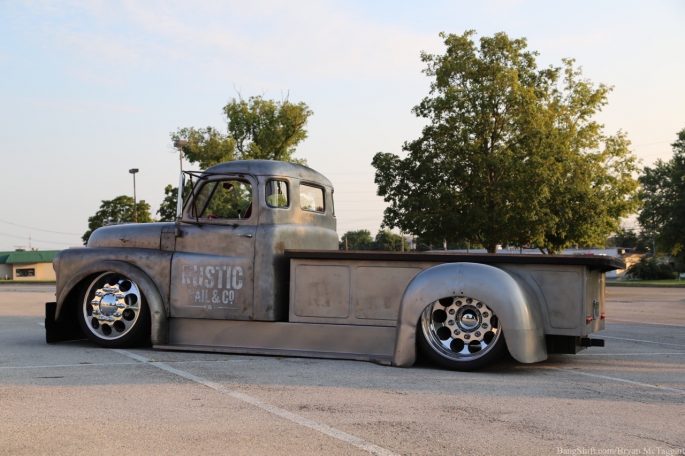 Aside from the clear-coated sheetmetal (performed by T&D Body Shop, who also painted the interior red), the biggest eye-catches are the wheels. Those are not one-off billets…they started out as 24.5″ Alcoa wheels that have been highly modified. Charlie French moved the centers of the vent holes and re-milled the holes to cover both visual sections of the wheel, and Tennessee Wheel and Tire shaved the rim diameter down to 24″, which allowed the use of street tires. Other modifications include a Flaming River steering system, a Lokar shifter, and a Restomod Air air conditioning system. Oh, and we can’t forget the massive front bumper…that’s from a 1953 International. Actually, it’s from Jason’s personal International, and it’s been worked over seven ways from Sunday to work on the Dodge. Nor can we forget the compartmented bed, finished off with ash wood trim. 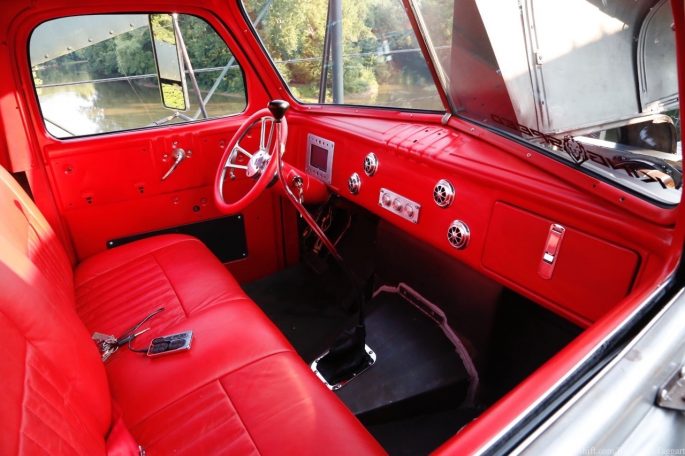 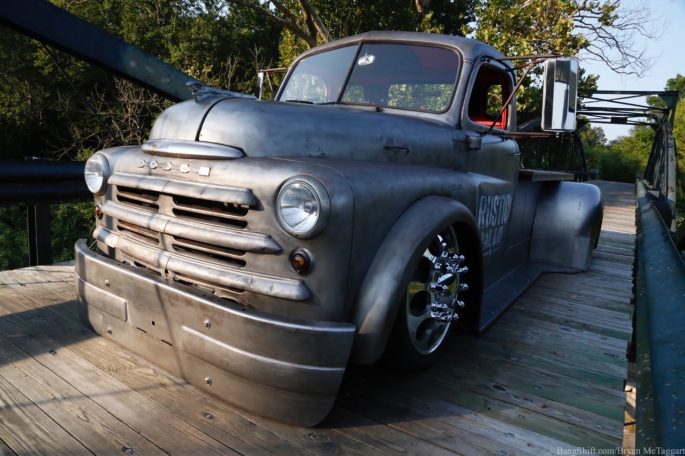 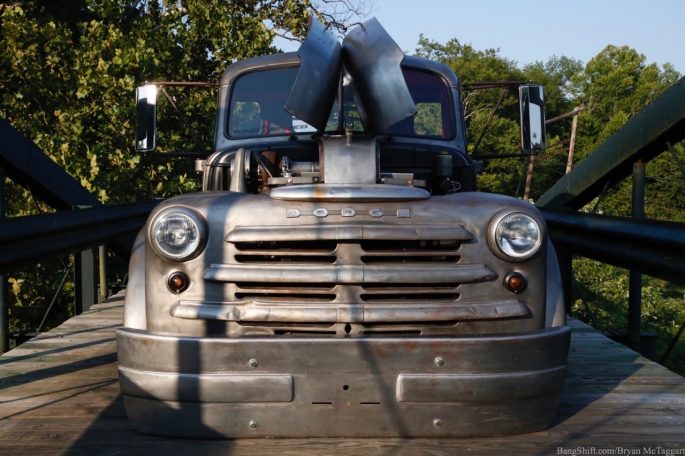 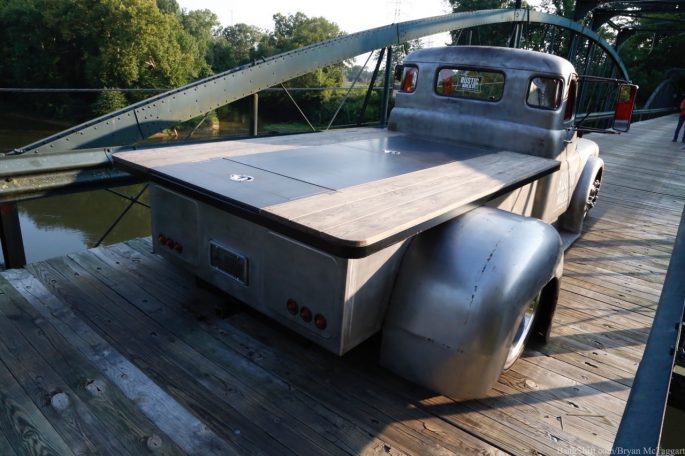 It is safe to say that the old 1.5 ton has made one hell of a journey from the moment that John Michael and Kate Potter sold the truck to Kyle for $22.00. But why go to such great lengths? Why commit time, money, energy and resources to this one particular truck? Simple: to Kyle, buying a random truck off of a lot and taking the hit on depreciation doesn’t make sense, especially when he has the knowledge he has when it comes to working with metal and wood. Instead of just having a work truck that’s simply that and nothing more, he figured the money and time would better be invested into a machine that could easily be used everyday and used to work. The Dodge wasn’t built to be a show vehicle…it’s meant to work and has been outfitted as such. That’s why the Cummins has been built up a bit, that’s why the cab is air-conditioned. The truck is designed to make a visual impact, which will in turn draw business to Rustic Nail & Co. And the truck is designed to leave a lasting impression of what Kyle and crew can do when it’s time to get to work. 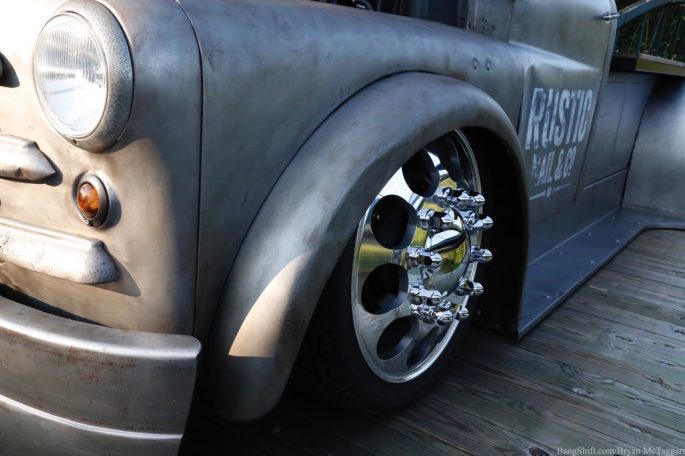 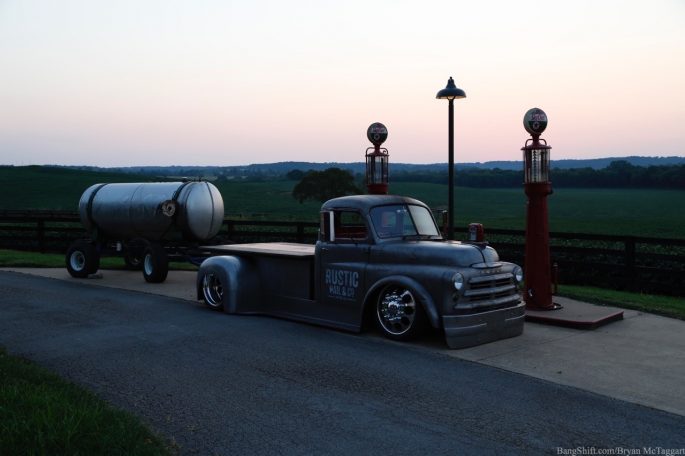 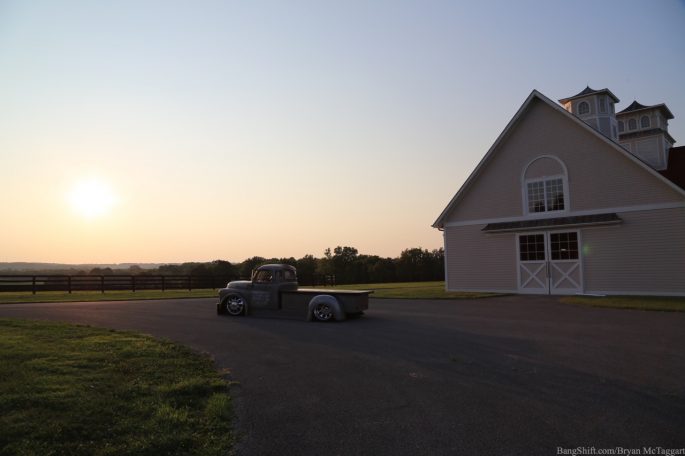 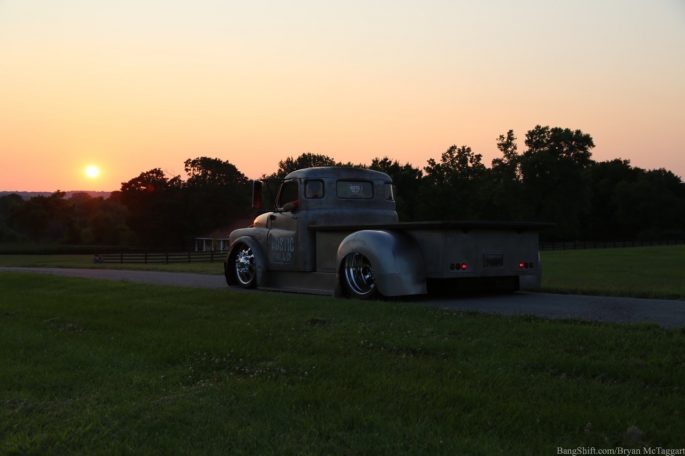