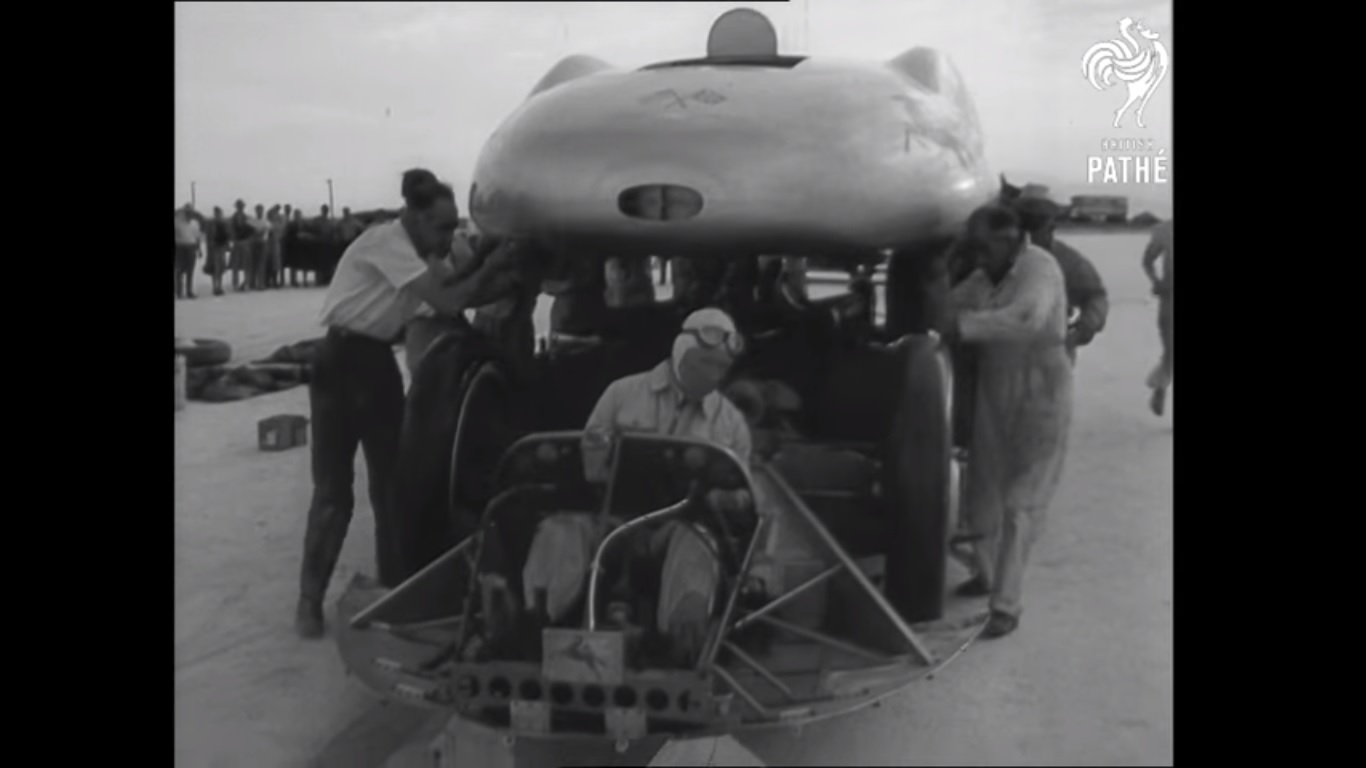 In the mid-20th Century, the easiest way to make big horsepower for land-speed attempts was to build a wheeled vehicle around an airplane engine. The post-war era found powerplants like the Allison V12 cheaply bountiful and therefore applied vigorously to straight-line applications. However, the pre-war streamliners didn’t have quite so many options available and when you look under the skin of the twice land-speed-record-setting Railton Special, you can see just how tightly packaged the two World War I-designed Napier Lion W12 engines had to be.

The engines are offset and angled to the direction of travel with one driving each axle. The Napier Lions in question were the later XIA (11A, in Arabic numerals) variant that made 580 horsepower each. While 1,160 HP doesn’t seem like a ton in today’s turbocharged world, that was a heck of a lot for its time and enough to send John Cobb 367.91 mph just eight days before the beginning of World War II on August 23, 1939. The war interrupted further development and it would be 1947 before Cobb could run again. Even with far more powerful engines available, Cobb stuck with the W12 Lions to break his own record by registering 394.19 mph.

Take a look at the preparation required to make the Railton Special go on its 1947 run from these old films. This is super cool stuff and you can go see the record-breaking car in England at the Thinktank, Birmingham Science Museum.

Cortina Driver Gives a Quick Lesson On How to Avoid a Costly Vintage Racing Accident Good Luck Hating This One: A 6.0L LSx-Swapped Kia Sorento - Who Thinks This Stuff Up?