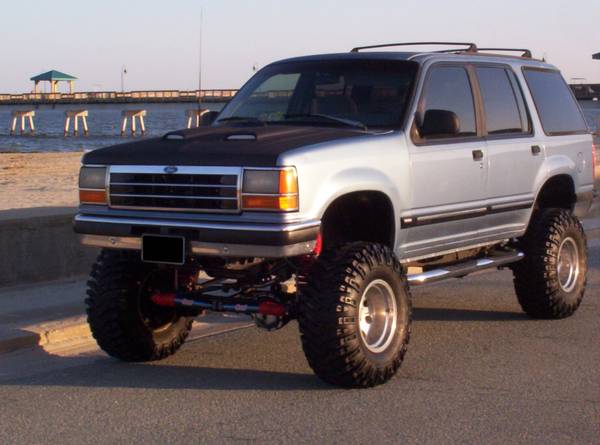 Back in 2009 I had the opportunity to purchase a lifted Ford Explorer that had been passed around some of the guys I worked with in the Army. Forest green and tan, a mild lift kit and 33s, and packing the 4.0L V6 that Ford was jamming into near-everything, it was an amazing SUV and to this day, I regret that I didn’t follow through with the purchase plan. Sure, it had rocker rust…it had lived out in Virginia for years…but I had seven vehicles at my house and had other issues that kept me from biting the bullet. Even today, I kick myself for letting the truck slip through my fingers.

The first-generation Ford Explorers have long bottomed out in value. These were one of the most turned-in vehicles in the Cash For Clunkers program and today, seeing one of these outside of a viewing of Jurassic Park is pretty rare. They were used up and tossed aside for the next big thing to come along, criticized for being too truck-like in an age where soft-roaders are the normal. That’s why this 1991 Explorer stands out…it’s a later-model project that can be turned around and made better. It’s got good bones and just enough issues to fix, but not enough to be a royal headache. Build to be a nice rig or prepare it for work, but this one needs to remain on the road. 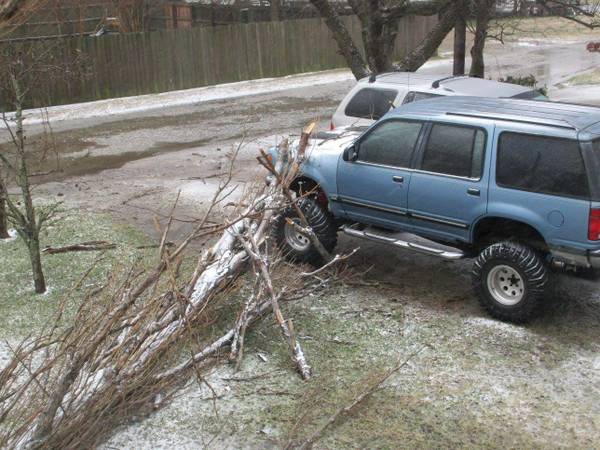 “For sale – My 1991 Explorer . I’ve owned this vehicle for 10 years . I will be sad to see it go but I no longer have the time for maintenance or repairs . Engine and transmission are strong . It has a dana 30 axle from a 1995 Jeep Cherokee. It has an Eaton electric locker in the rear . It has push button 4WD and 4L 4H function .

I’m not sure what the exact lift is but I can tell you it was done by professionals with heavy duty parts . None of that flimsy stuff you find in cheap lift kits online .

The vehicle also has a heavy duty 2″ inch hitch attachment for connecting a winch mount . It has a transmission fluid cooler . It has pacesetter headers .

Last year we had a storm that knocked a tree down onto the drivers fender and a small part of the hood . I have provided pictures to document the damage . There is also rust damage on the panels underneath both rear doors.” 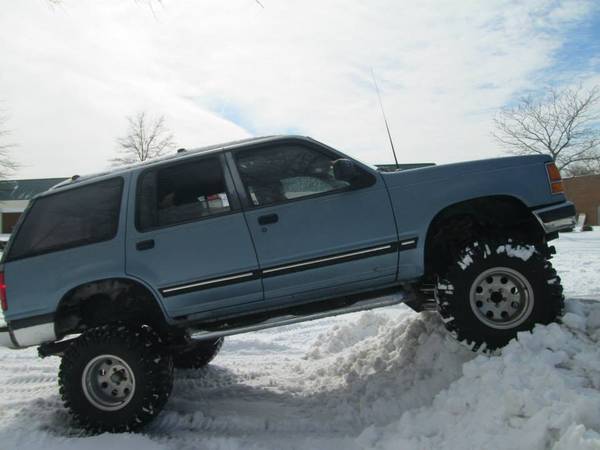 Adding The First Few Miles: Leno Drives A Schuppan 962CR, A Car That Had Nothing On The Clock Until Recently! UNFC Championship & Spokane Win To Bobby Cottrell!