Free Read: Evel Knievel On Tour – The Book That Made Knievel Freak And Take A Bat To The Author 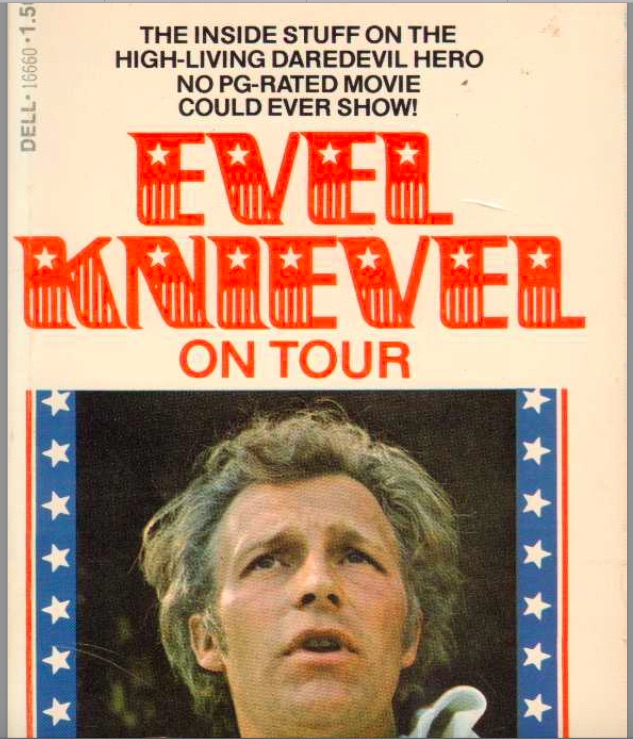 We have been over this about 100 times but I like to read. As such I am usually looking for something to chew up and from time to time, I get stuck on searches for books I have heard about but have never seen. Those searches usually end up fruitless because the books are unobtanium or they are big money that I am not willing to spend. This is the first time I have ever had a search where the end result is reading the book I could never find for free and you can too.

The book in question is called Evel Knievel on Tour and it was written by Shelon (Shelly) Saltman who, in the 1970s was one of the biggest hustlers, promoters, and self-admitted con-men in the entertainment business. This is not to say that he stole things but he was a publicity man, a hype guy, and someone you wanted to use if your event was to make a big splash. Saltman was hired as the point man for the promotion of the ultimately failed Evel Knievel Snake River Jump and the book is the story of him spending every waking minute with Knievel for weeks to promote the event and sell both tickets and a live closed circuit TV show about it.

It is also the book that caused Knievel to find Saltman after it was published and take a baseball bat to him. Seriously. That’s why I wanted to read this thing. What kind of stuff could be in a book that’s so gnarly you’d take an aluminum bat to a guy and got to jail for?! The book is full of honesty, which you’ll learn was pretty ugly at times.

A quick 208 pages, the book is scanned beautifully and it is as easy as scrolling down the page to chew up the words. Saltman pulls no punches and the thing really is a page turner.

The reason this book is impossible to find is that the publisher pulled it off the shelves after Knievel’s lawyers threatened to bury the company in a blizzard of lawsuits. There are very few remaining copies but for whatever reason, the person at the link below beautifully scanned every page and you can read it for free there. An unflinching and up close picture of one of the 1970s most famous people.

The book cover is the link — THIS IS A BIG TIME PAGE TURNER! 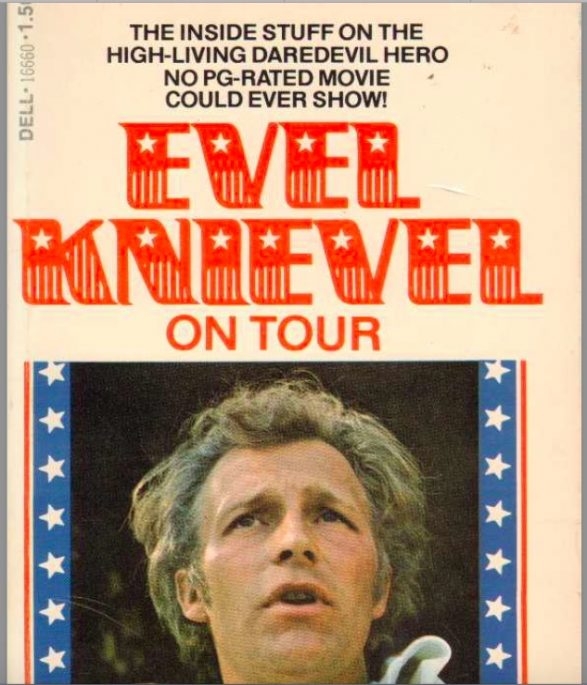 Watch And Listen To This NASCAR Engine Get Spintron Tested To 9,000 RPM - Wild Stuff! All Whine, No Cheese: Five Minutes Of Glorious, Differing, and Awesome Blower Noise

4 thoughts on “Free Read: Evel Knievel On Tour – The Book That Made Knievel Freak And Take A Bat To The Author”