Chattanooga Cruise-In At Coker Tire 2017: More Metal From The House That 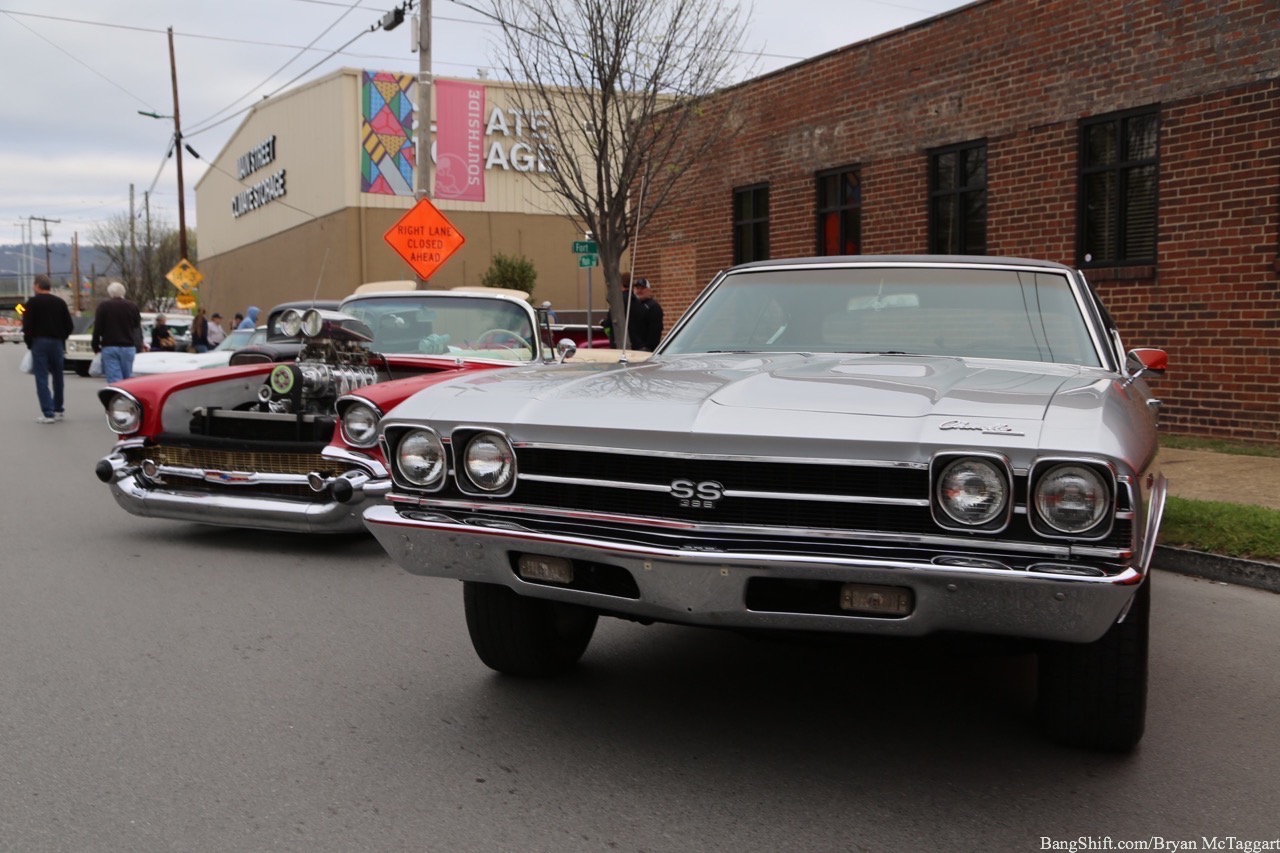 Getting to the Chattanooga Cruise-In at Coker Tire early has it’s perks. Besides not having to fight for a parking spot, the scene of cars parked against old brick buildings on narrow side streets in the overcast morning was something to behold. Whole city blocks and any parking lot within that area were filling with cars with each minute, from Finley Stadium and the remains of the Eureka Foundry to just behind Honest Charley’s Speed shop…and that’s what I saw in the few hours I stayed. I had heard on good word that some cars had been parked the night prior, just to make sure that they got into the event.

The cruise-in is no doubt a hot-rodder’s affair, but there was a fair mix of vehicles that showed up for the event. As I made my first sweep of the area, an entire club of Mustangs was rolling in. Near the stadium parking, Ferraris and Vipers were butting up to the curb. Seeing more than one Edsel at an event has to be a record, and I know I spotted at least two SSP Mustangs. There was even a Nissan Skyline GTS-T four-door parked in the lot, and it looked the business. (It sounded solid, too…lots of air pressure going as it idled out later in the day!)

Click on a photo to check out more from the house of Coker!

Scrapple, Your Guide To The "meh"-Worthy News! This Week: The Most Unfortunate Personalized Plate And More! Looking For A Cool Old Rig? This 1971 Diamond REO With Twin Stacks And A 318hp Detroit May Be Your Jam