Do Not Try This At Home: The Skiing General Lee From Holley MoParty! 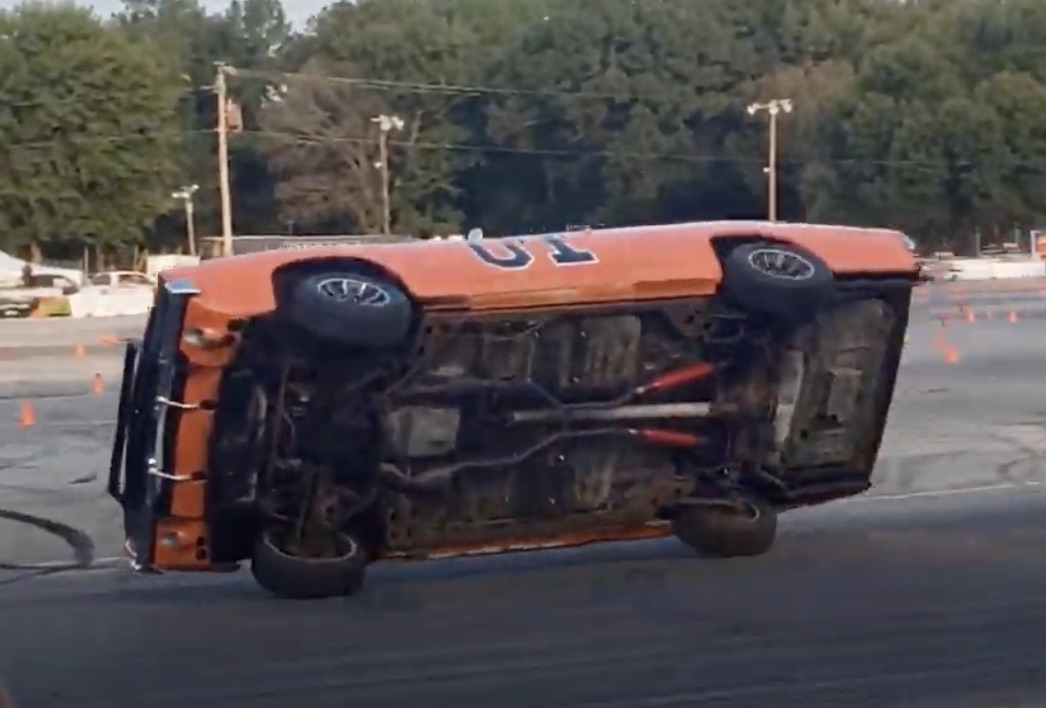 First thing’s first: breathe, it is only a 1969 Dodge Charger on the surface. Underneath, this is a Ford Crown Victoria, but regardless of what it actually is, what it actually does is worth mentioning because it’s amazing. “Skiing” a car, or going up on two wheels, isn’t for the faint-hearted or for the everyday stuntman. It takes a knowledge of suspension, a lot of faith in the ground-based tires, a deft hand at the wheel and modest throttle application to keep a car from both bouncing back onto all four or worse, rolling over and playing possum. The “General Lee” Dodge Charger from the television show “The Dukes of Hazzard” is renowned for what the car was able to do in episodes: drift, race, sound badass, ski, and fly. For Holley’s MoParty, stunt driver James Smith brought his Ford-meets-Dodge out for some crowd-pleasing antics that included a ramp-to-ramp jump in the middle of Beech Bend’s circle track pit, but if you want to hear genuinely impressed reactions, then enjoy none other than BangShiftChad’s own voice as he announced this beauty. Looks like it’s going slow? If anything, that’s even more impressive than if it was at speed!

This Video From The 1994 Sunoco Racing Fuels Pro Mod Shootout At Atlanta Is Awesome - John Force, Al Tucci, More! BangShift Question Of The Day: Would You Ever Bring One You Sold Back?

2 thoughts on “Do Not Try This At Home: The Skiing General Lee From Holley MoParty!”