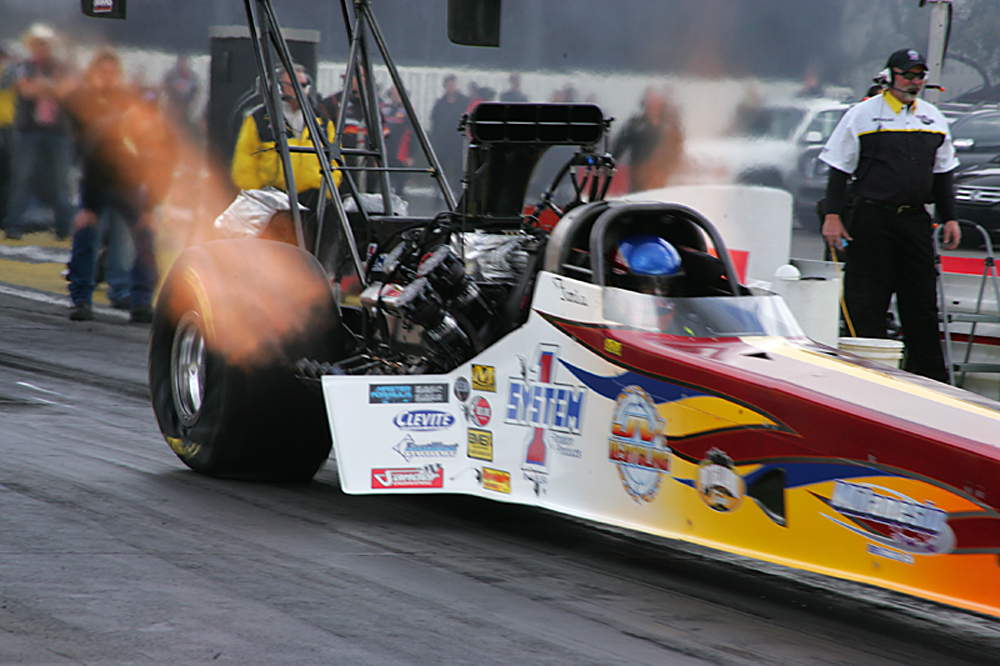 The 2012 NHRA O’Reilly Auto Parts Winternationals are complete and three familiar names have found their way into the winner’s circle this year. In Top Fuel, Spencer Massey fended off fellow DSR racer Antron Brown. In Pro Stock Greg Anderson beat the hard charging Jeg Coughlin in his first race back into Pro Stock after a year away from the class. Finally, in Funny Car it was John Force knocking off a sleepy Mike Neff in the final round for the win in Pomona.

Greg Anderson had a tough row to hoe on his way to victory in Pomona, downing Larry Morgan, Allen Johnson, and then teammate Jason Line before coming up against Coughlin in the final round. Jeg left on Anderson by a hundredth of a second, but Anderson absolutely throttled him at the top end of the track with a 6.545 second lap against the 6.586 of Coughlin. Could the be the start of another season of Line/Anderson dominance? Will Coughlin find himself back in the finals with regularity this season? Only time will tell!

John Force won his umpteenth Winternationals and wiped out a rookie, a fellow Ford racer, and an old teammate, and a current one in the process. Alexis DeJoria had an auspicious start to her professional Funny Car career with a first round match up with John Force on Sunday Morning. She gave him a decent fight, but he marched on to meet Tim Wilkerson and dispatched him as well. Gary Densham who always runs strong at Pomona and who has plenty of reason to want to lay the lumber to Force threw the sink at him, after crashing into the back of Jack Beckman in the second round, but the car simply didn’t have enough gusto to hold off Force. In the final round it was the two team cars going head to head. Mike Neff, the man who had such a dominating 2011 and came away with nothing to show for it somehow went to sleep on the starting line. Despite running a 4.036 to John’s 4.080, he did not get the win light. A .175 reaction time will usually do that to you.

Next up is Arizona Nationals at Firebird Raceway in Phoenix, Arizona next weekend!

Scroll down to check out all of our 2012 NHRA Winternationals Coverage, right here!