37,000 RPM MotoGP Bikes: You need to see this video to believe it 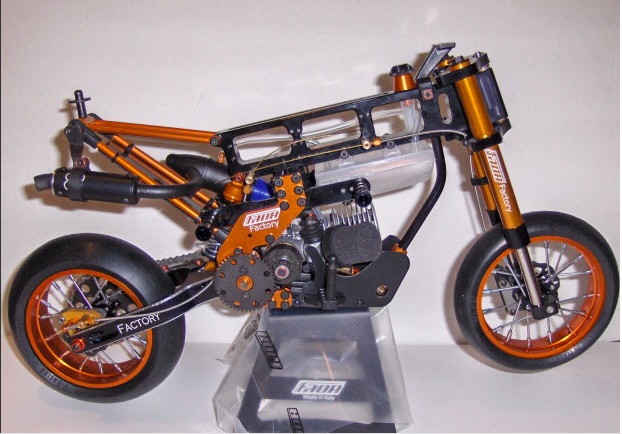 I thought I knew pretty much every form of motorcycle racing, but I was dead wrong. I had no idea that there were amazing scale models of Moto GP bikes running around on scale tracks, never mind making it look as exciting as the real thing. This video is absolutely amazing. Even the sound is thrilling.

Here’s an example of what one of these nitro-burning bikes looks like under the skin. This looks like it may be a Super Moto, rather than the Moto GP bike, but you get the idea. 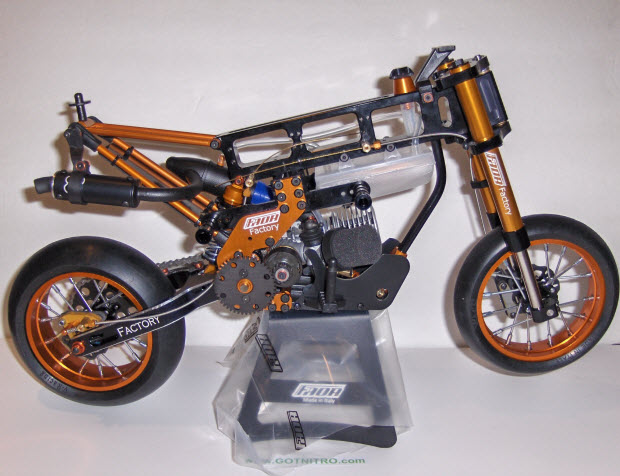 Even after some fairly extensive Googling, there’s not a whole lot of information out there on 1/5-scale motorcycle racing. Apparently, it’s a thing, because there’s a pretty significant USA National event coming up this year on September, 27 and 28 in Los Angeles, California, with 1/5-scale classes for Super Moto, Unlimited Superbike, and Stock Bikes, and two 1/8-scale Brushless and Unlimited classes.

The bikes run .12 nitro engine with a hard chromed sleeve and a CNC machined billet aluminum piston. They feature a 14mm stroke and a 13.8mm bore, and will run up to an amazing 37,000 RPM. 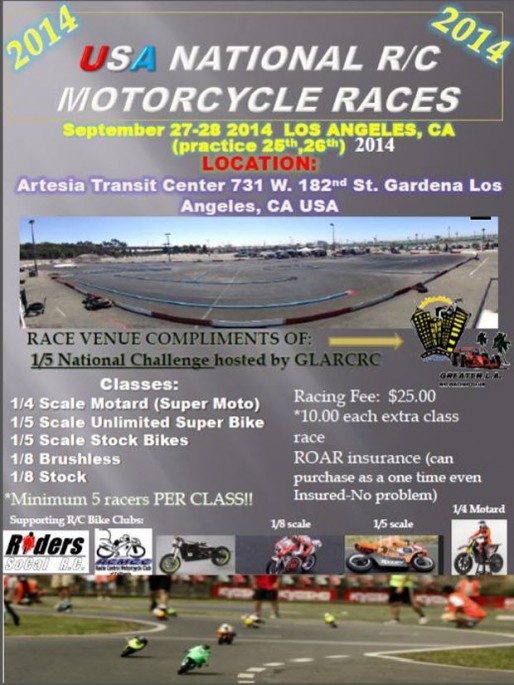 The action here is the coolest. This looks like a blast.

Nitrous Dyno Video: Watch This Ford Engine Roar To Life When It Gets A Face Full Of Nitrous - Way Over 1,000hp Hindsight Is Always So Much Better: Redesigning A 1995 Buick Riviera