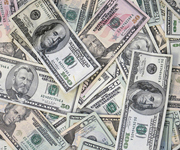 The short story: IHRA is taking San Antonio Raceway’s ownership to court for $764,000. As with any matter that heads to the courtroom, both sides are mum on details. If we had to guess, we’d say that the only way the figure could be so high is if the problem stemmed from the lack of a post-race settlement. Rumor has it that Mid Michigan Motorplex (Milan Dragway) may also have an issue with IHRA, as both of those tracks have been dropped from the National event fold for 2009, though both are still listed under the IHRA track directory as of this writing.

We’re going to follow the story as it develops. That $764,000 would be enough of a hit to instantly sink any small weekly racing facility, especially a dragstrip.