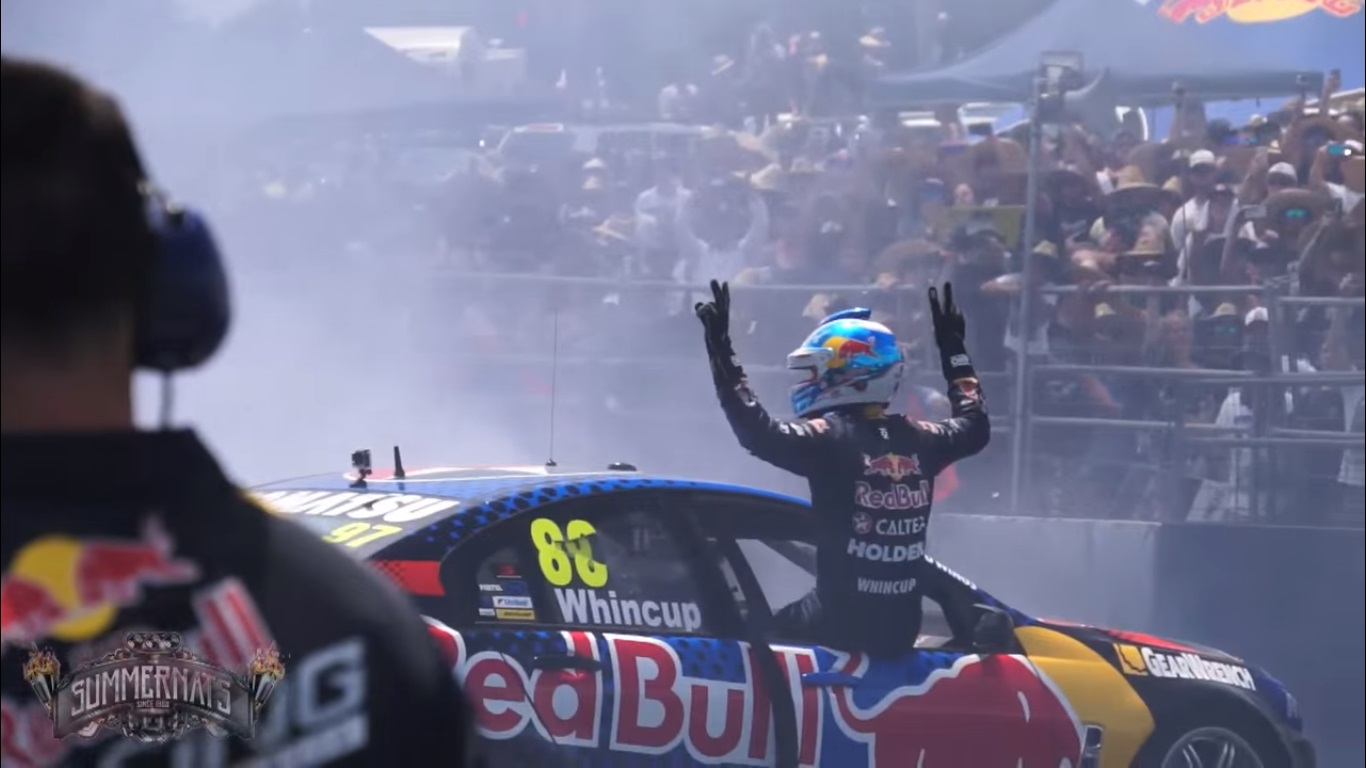 The Virgin Supercars Championship—formerly the V8 Supercars Championship—in Australia currently has one of the true motorsports dynasties in place at the moment with Triple Eight Racing and never before has that been more apparent than the Holden team’s last weekend at Sydney Motorsports Park. During the weekend’s Sunday race, not only did legend Craig Lowndes make his 600th start in the series, but five-time series champion Jamie Whincup also picked up his 100th win. With that victory, Whincup joins Lowndes as the only two drivers in the series to have racked up three-digit win totals.

Seldom the flashiest driver in Australia—That title probably belongs to Shane Van Gisbergen, the third Triple Eight driver who won last weekend’s first race just to drive home the whole “dynasty” point—Whincup just goes workmanlike through the field and finds success at astronomical rates: His 100 wins come in just a few more than 500 starts and he has finished on the podium in a staggering 40 percent of those starts. Not only was the win a big career mark for Whincup, it also firms up his big points lead over teammates Van Gisbergen (who is 110 points back) and defending champion/Ford rival Mark Winterbottom (120 points behind).

The series now heads into the season’s three endurance races—the Sandown 500, Bathurst 1000, and Gold Coast 600—where Whincup has traditionally scored huge points. With his trophy case now also including a golden helmet presented by the series and more seasons with the same teammates looking to be in the cards, the Triple Eight Racing dynasty doesn’t seem to be going anywhere anytime soon.

I think the only way we could possibly appreciate Whincup’s career fully and with proper Australian determination is with this massive burnout that he executed at Australia’s Summer Nats in January with this Red Bull-sponsored Holden Commodore.

Great Read: A BangShifter Remembers An Interesting, Colorful, Hilarious, And Short Career In Bracket Racing This Czech Rally Driver Closes the Gate When He Leaves