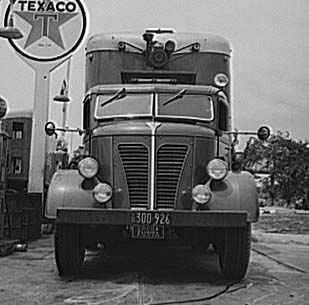 Lots of people don’t know it but there is an absolutely digital archive at the Library of Congress. It has become kind of a weird hobby of mine to troll it for neat old photos to show you all.  Today we’re looking at famous early racers like Barney Oldfield and Rene Thomas who won the 1914 Indy 500 in a Delage. There’s also some great photos of classic cars and trucks along with some, uhhh, interesting snow removal equipment for both the train tracks and city streets. It must have been awesome to have been an inventor or engineer in the age that had no real “rules” regarding what stuff was supposed to look like or how it was supposed to work. Today we’re slaves to convention and back then, there was no “right” way.

These photos all caption some awesome moments in time that tell the tale of America in the “old days” where men were men and everything as dangerous as hell. There are Army trucks, old race cars, and just plain neat stuff down here. The 50-gallon drum serving as a “permanent” gas tank would probably not pass muster today but back then it was the big time stu