Parts-Bin Special: Bringing A 1966 Mustang Convertible Together With Raided Parts 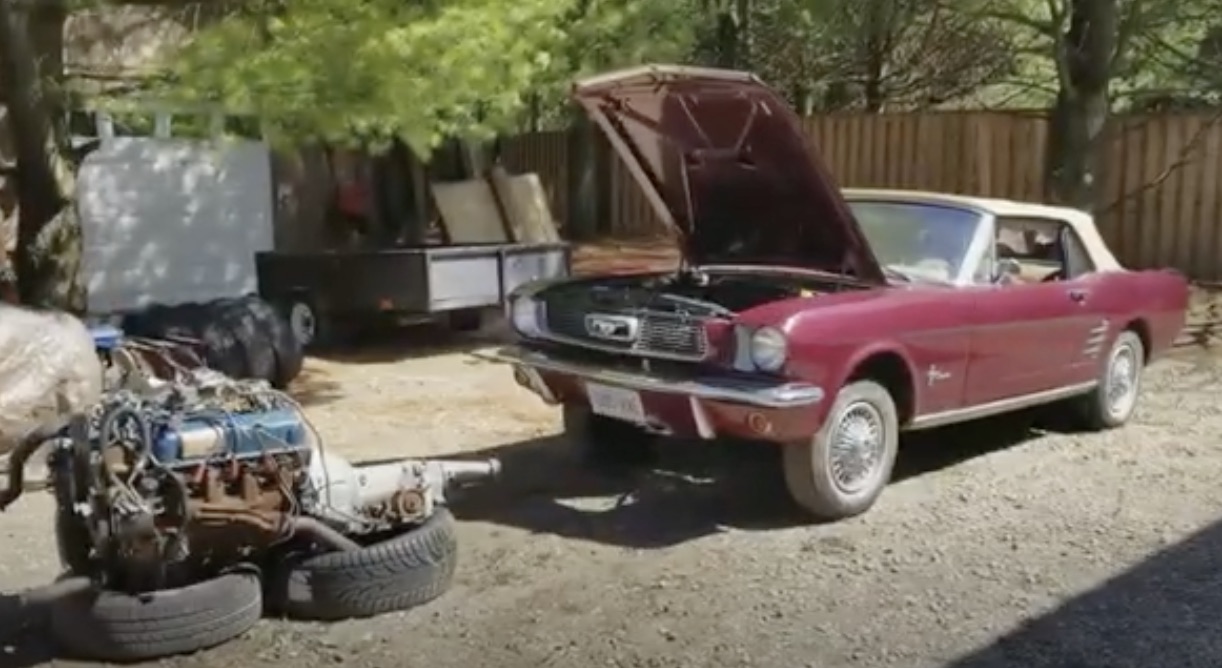 The last time we checked in with Mike from ClassicMustangs429, he had turned a Lincoln Versailles into a pile of usable parts that was destined for a project that, originally, was supposed to be for the 2020 Hot Rod Power Tour. With luck, he will still get a chance to make that road trip this year, but either way he’s been building like nothing has been going on over the last few weeks. We didn’t know which car he was going to build, but now we know that this 1966 Ford Mustang drop-top is going to be the recipient of all of these good parts that were raided from the overdressed Falcon.

Ok, shoving a smog-era 351W and C4 into a decent early Mustang isn’t the most unique, or creative swap. But it’s a great budget-build deal…other than a transmission line, oil for the engine and trans, an oil filter and a few basic bits, money spent was kept to a minimum. They could’ve hopped up the 351 some before dropping it into the Mustang, but instead they chose to keep the changes to a minimum and to use whatever they had laying around on the shelves or in their parts cars. This keeps the budget nice and trim and keeps the build simple.

It is the first time I’ve ever heard of a power steering pump bracket being described like HMMWV armoring, though. I don’t know if it’ll actually take M-16 fire. But it does look pretty beefy.