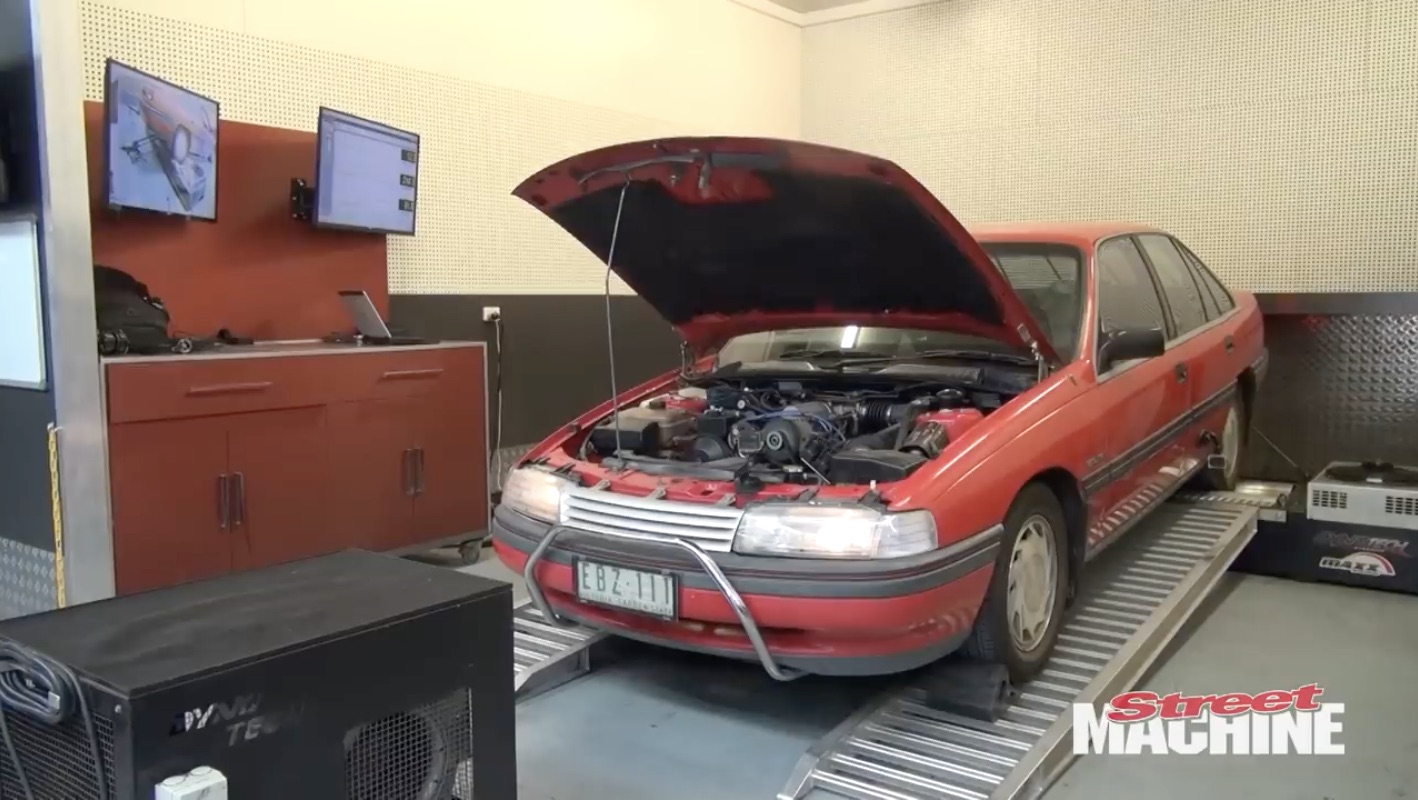 I’ve been waiting for Scotty’s latest project to hit YouTube. The car is a Holden Berlina of the VN generation, which, at best, is the Australian form of the Buick Regal…the W-body version. What does that mean? It means that there was a Buick 3.8 V6 shoved into the engine bay and other than having a bit more room and the right set of wheels doing the driving, that the car was more in-tuned with the comfortable yet price-conscious form that certain buyers were looking for. Sure, they could be ordered with the 5.0L Holden V8, but just one step below on the powerplant hierarchy was the 3.8L V6 that plenty of Americans have dealt with in Buicks and other GM vehicles. The six acutally dates back to the early 1960s and is one of the most populous engines out there. And with a tune here and a tweak there, they can be baaad mothers. Can you say, “Grand National”? Turbo, supercharger, the 3.8L loves boost.

And that’s the goal with this Commodore…an L67 V6 wearing the blower was raided from a newer Commodore and is waiting in the wings for a full build. And that’s not just a refresh and cleanup, we’re talking genuine power out of a bent-six that is going to behave like a standard V6 GM product on the streets and will turn into a straight-up screamer when it’s time to pressurize some cylinders. I dig that. But first, it’s time to give the Berlina an actual baseline test…this time, without a failing fuel pump and with a Haltech brain box running things. Enjoy the mild flavor now…things are about to get wild soon.

Wanna See How A 10-Ton Beveled Gear Is Made? We Do Too! Looking To Build A Roll Cage In Your Project? This Dirt Lifestyle Video Shows You How!