Kissa Me Astro: This Retro-Review Of The Then New 1985 Chevy Astro Is A Fun Watch 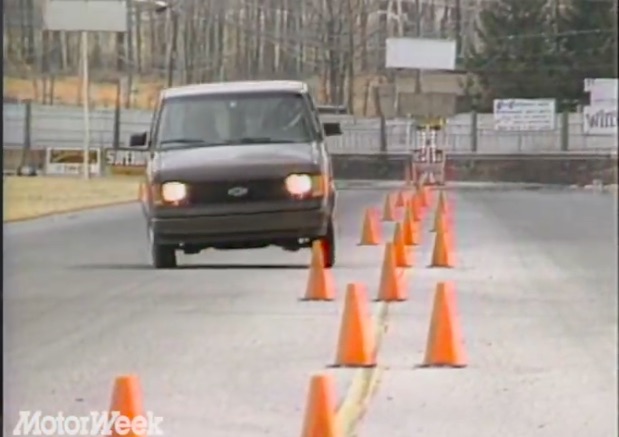 One of the most incredible revelations from my career working at the gas station in high school was the day I was assisting the mechanic, Manny with a tune up on a 1980s era Astro Van. He told me to take the dog house off, pull the air cleaner and swap it for a fresh one and while I was in there make sure that the cab was not leaking. I dutifully removed the dog house, took the wing nut off the top of the air cleaner housing and was greeted with a site that knocked my socks off. This thing had a freaking Quadrajet on it! I never knew such a thing as a 4bbl 4.3L V6 existed in the realm of GM offerings.

In excited fashion I told Manny what he already knew that this thing had a 4bbl on it and he kind of laughed as the guy had been a customer getting his service done at the Shell station since the van was basically new. He yelled back in, “I know and the thing kind of screws for what it is…”.

He proved this theory after we did the tune up job and took the van for a test drive. The four speed automatic had nice short gearing to get the thing moving and from a stand still it would actually lay pretty decent posi-traction rubber! It was not a long ride but it was pretty fun.

Later on in life, I would spend loads of miles ripping all over the place in an all wheel drive, fuel injected version of the same van. One of the last years they built the things, these were weirdly fun to drive. They always had power and they had a really quick steering ratio. Combining that with the fact that you basically sat on the front tires aided in the entertainment value.

Video of Zen: Watch This Guy Restore An Old Hitachi Drill In Time Lapse - Tear Awesome New Iron Showed Up At The Yard! Short Bed Dodge And More At Nobody Else's Auto