All Big Block Chevy Oil Pans Are Not Created Equal! Lean About Different Options From Moroso 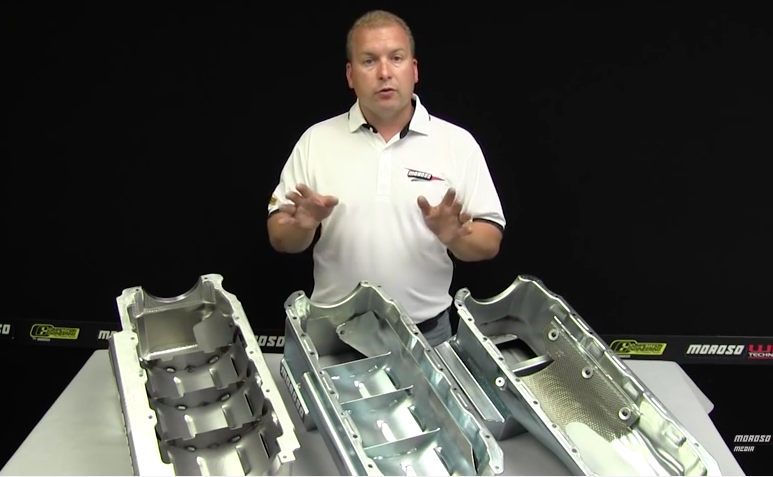 Your oil pan is one of those things that is insanely important to the performance and longevity of your engine but you likely don’t think about much. Many of you are probably running a stock pan and that’s OK for a mild engine that does not see a lot of track time. That being said, as soon as you really start to make more power and go racing more seriously, your oil pan is not just a bucket holding oil below your engine, it is an integral part of the whole performance package that your engine is made up of.

In this video we get to hang out with out pal Scott Hall as he takes us through three of the most popular big block Chevy oil pans that Moroso makes. He starts with the street/strip pan and then works his way to the fully awesome and totally race pan that is so cool looking you’ll wish you could mount it on the top of the engine instead of the bottom.

This is neat stuff because it is pretty educational and you get to see the differences between the street/strip, drag race core-based oil pan, to the 100% fully fabricated drag race pan that has been proven to massive power levels. That pan is doing a whole lot more than just keeping the oil off the ground!