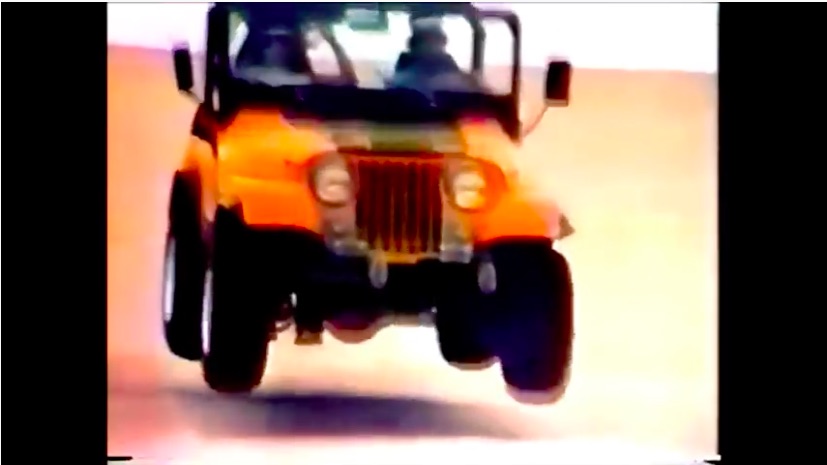 When it comes to the “list of stuff I want to own” right now an old Jeep is close to the top. I have looked at and even occasionally bid on WWII era Jeeps, have drooled on and debated over CJ-5s and CJ-7s but I have not found the right one for the right money at the right time as yet. This 1974 TV commercial has me jonesing for a 1970s CJ-5 for all the reasons you can guess. They look cool, they are capable, and they’d be perfect for zipping around here to the beach or wherever else I felt like going.

The ad is cool because it is not some litany of features and options. It is a lifestyle ad that’s designed to appeal to the types of people who’s buy a Jeep and use it as God intended, off-road. Crawling over rocks, jumping over sand dunes, the type of stuff that young, adventure-seeking people do!

The CJ-5 was an amazingly long lasting model for Jeep. They were made from 1954/55 through 1983 with more a half million rolling off production lines over the years. Engines were the inline six and fora few years the 304ci V8 that gave the machines from pretty sprightly performance. There were subtle changes to the wheelbase, chassis, and even the tub over the course of the model run but most cannot tell one from the next.