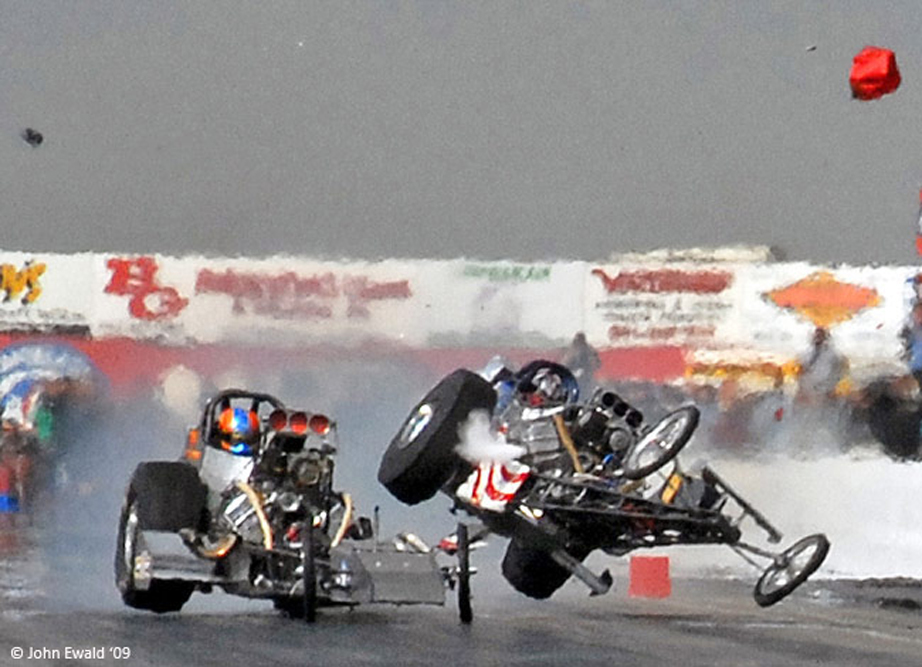 (Photos by Tim Marshall, Keith Burgan, John Ewald and Jeff Burghardt – Words by Darr Hawthorne)  Dan Horan Sr. has passed away, he was a cool guy who was a diehard dragster racer – in a front-motored dragster, of course. 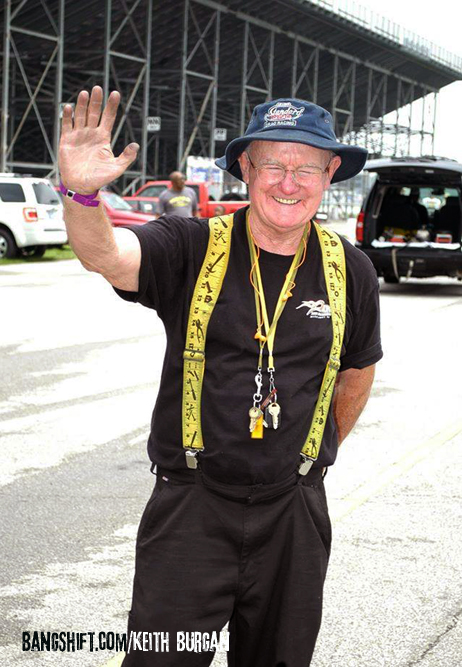 “Digger Dan” as he was known, Curly to his friends, was instrumental in the early movement of nostalgia drag racing, a strong participant in the GoodGuys VRA, then into the NHRA Heritage series driving a Don Long chassied dragster.

He lived in Big Bear City, California, where he died over the past weekend. Curly truly loved the sport of drag racing and as longtime drag racing photographer Tim Marshall said, “Horan was one of the ‘low buck’ drag racers who, somehow, showed up with a competitive dragster and loved every minute of it.” 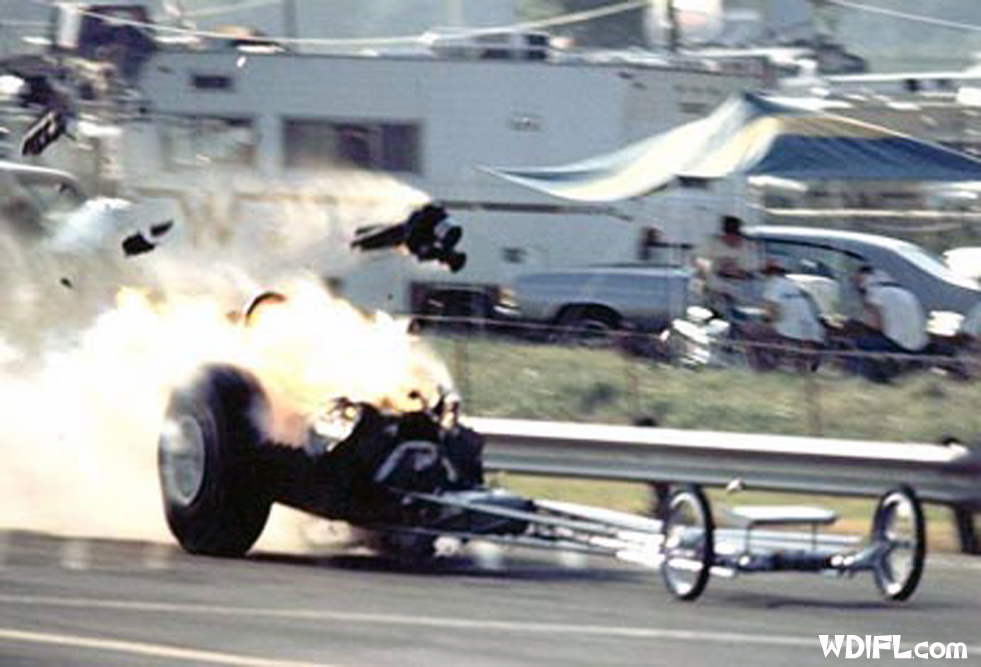 Horan Sr. started drag racing in the early 70‘s and drove his top fueler at tracks like the legendary Lions Drag Strip and here in this 1973 photo at Tulsa, competing for nearly fifty years. 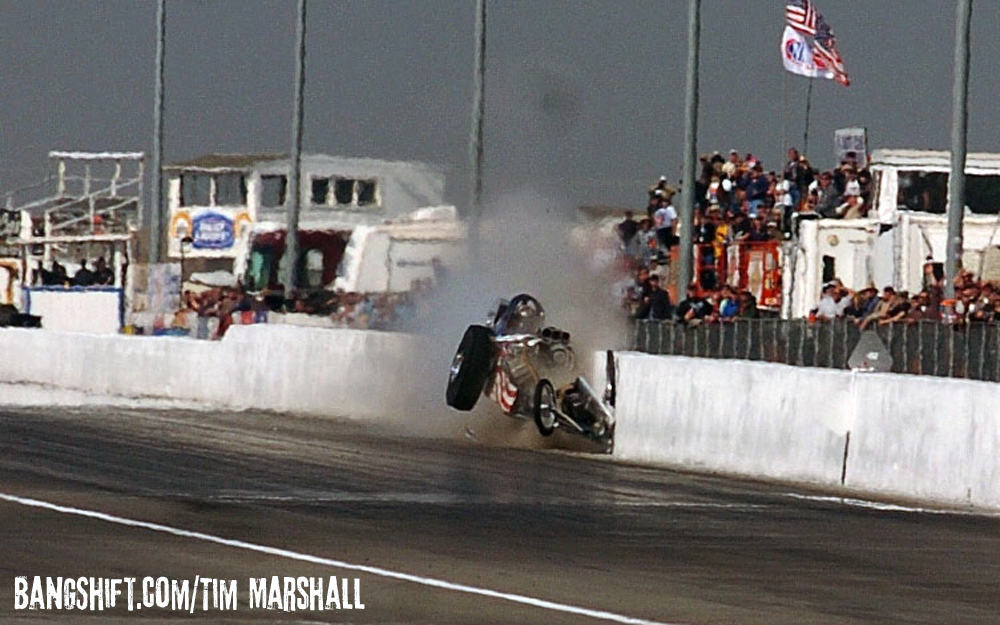 When he was knocked out in a freak 2009 March Meet crash with rookie driver Mike Chrisman, he retired his driving gloves and goggles.  Horan continued racing with fabricator Keith “Rooman” Burgan, who helped rebuild his dragster for competition and had his son Dan Jr in the seat.

He’d put son Dan Jr. into a front-motored dragster in 1986, later Jr. migrated into the fledgeling nitro funny car class and, along with a handful of other fiberglass flopper pioneers, helped to build the current nitro funny car movement. 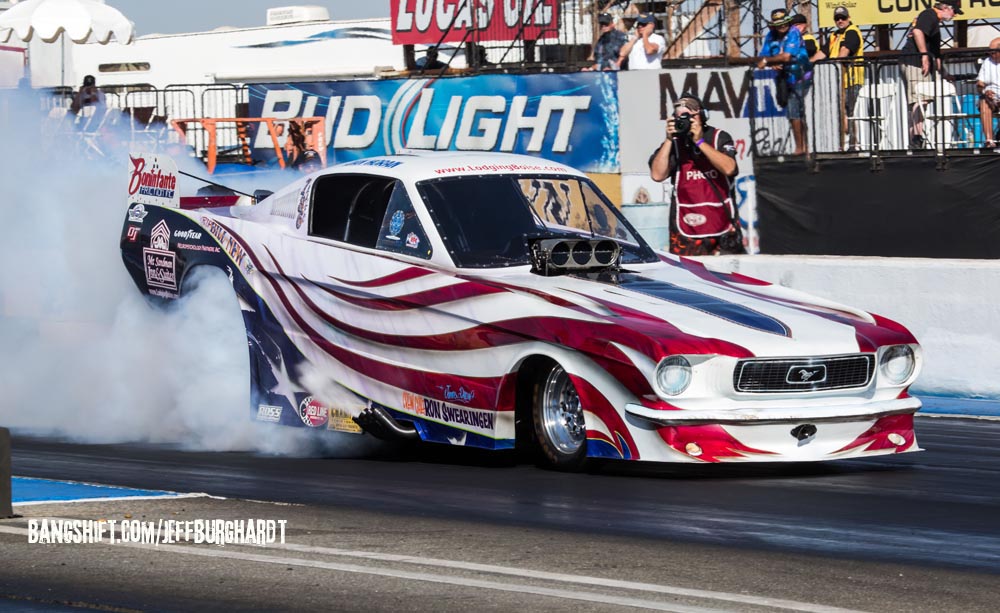 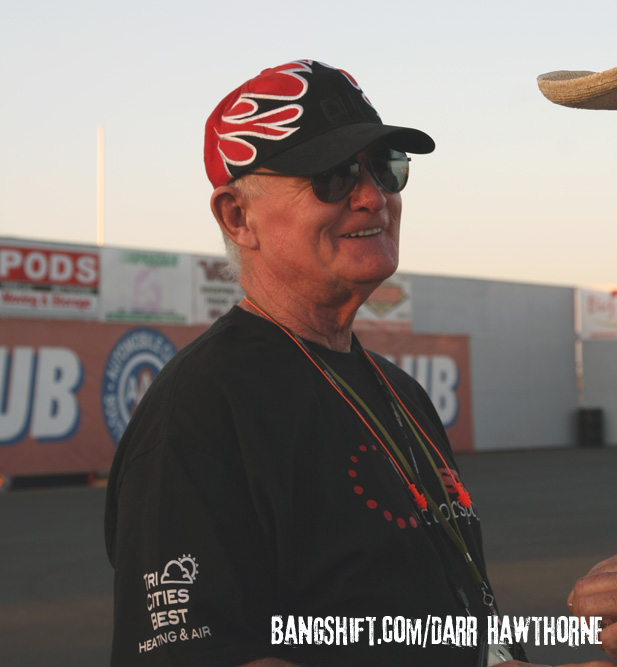 A celebration of Dan Horan’s life is planned for the 2017 Good Vibrations March Meet. 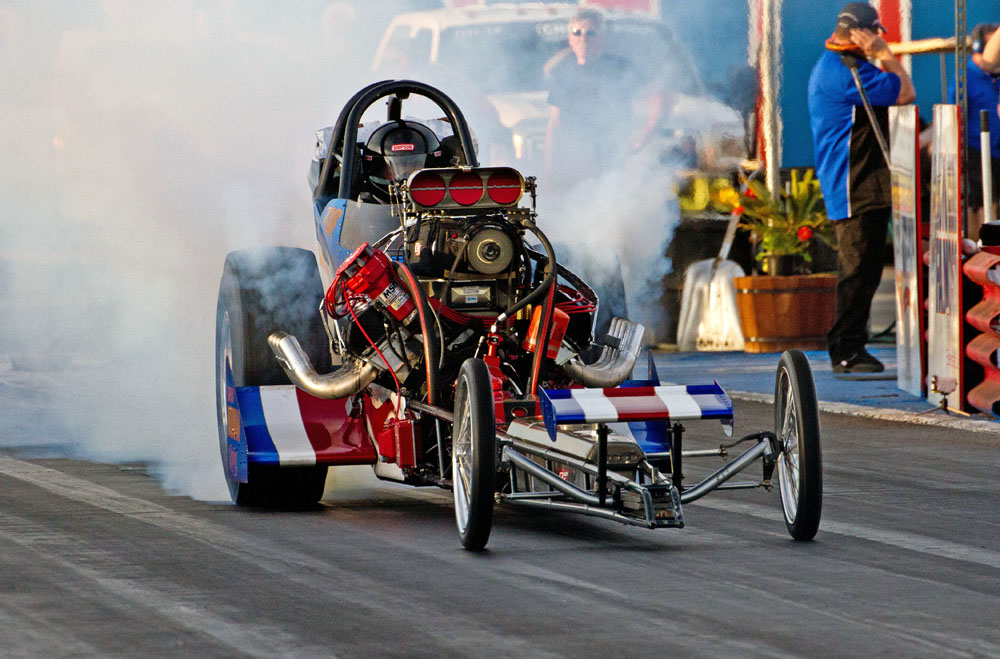 Rough Start: This 1984 Chevrolet Caprice Coupe Is Sleeper Material...Get That 305 Out And Get The Shoehorn Ready! Which Of These $10,500 Vehicles Would You Rather Show Up In For A Holiday Gala At Trump Tower?