Unhinged: Now The Insurance Institute for Highway Safety Is Saying That They Don’t Trust You To Hit The Brakes 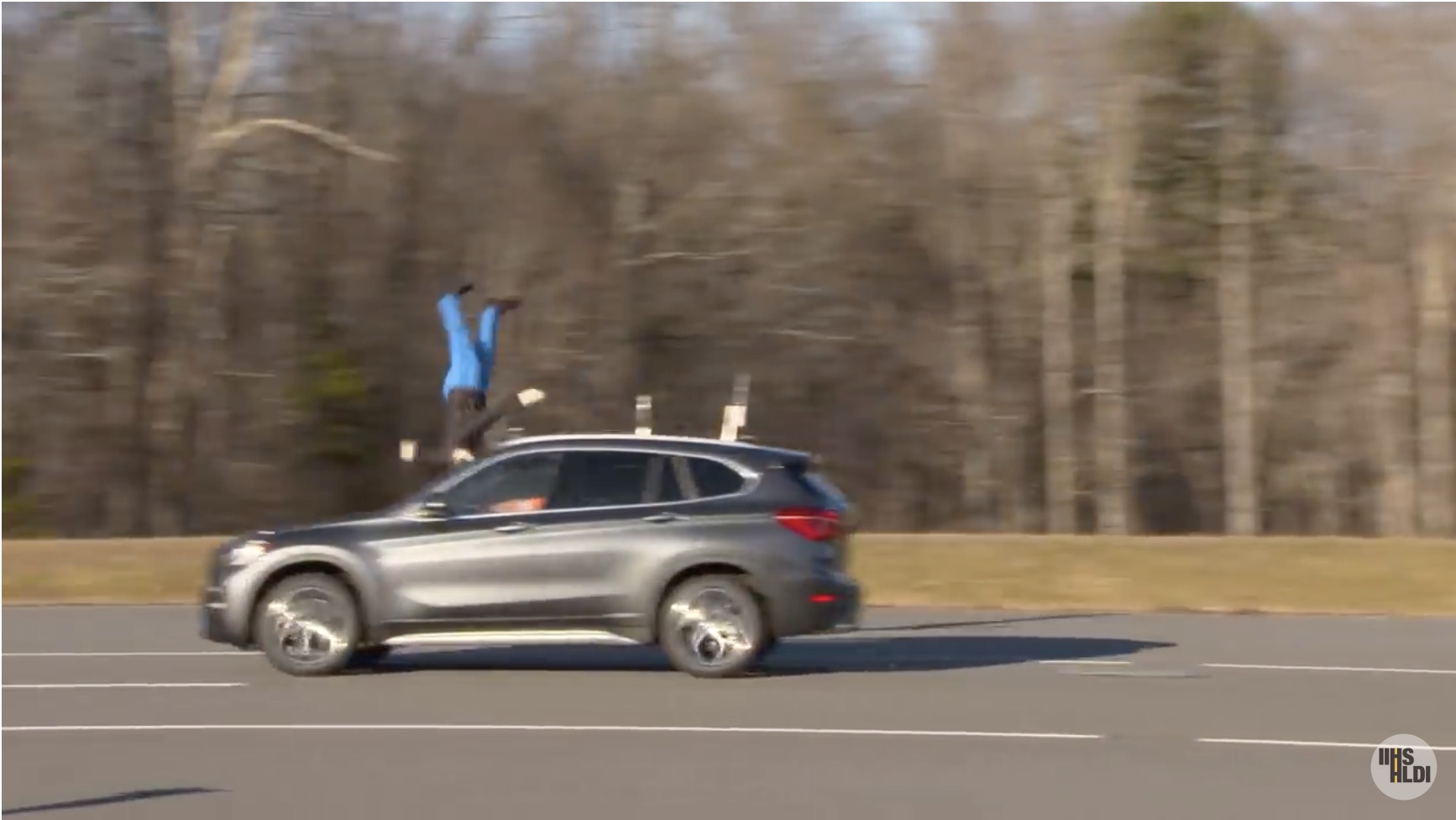 How important are you behind the wheel? As the human being in control of the two-ton mass of metal, plastic, glass and gas, how in control do you feel? How in control should you be? Should you be in control at all? In the last couple of years, many different groups have made it clear that they simply don’t think that humans should be able to drive and those same groups are busy trying to prove that if you remove the human out of the equation, that magically we are going to find this utopia of no crashes, no deaths, and a happier life for all. To yours truly, it sounds like someone is making a sandwich, is spreading something that I’m pretty sure isn’t Nutella, and they are preparing the average everyday automobile user to take one great big bite.

Here’s what has me pissed off today. The Insurance Institute of Highway Safety (IIHS), the non-profit that is funded by the insurance companies, is currently taking aim with pedestrian avoidance systems. These are the combinations of cameras, forward-facing radar, and automatic braking systems and other systems functions in a vehicle that help keep you from hitting someone in the middle of the road. It’s hot on the heels of the front overlap crash tests and headlight evaluations for the IIHS, and is slated to be incorporated into their awards systems that manufacturers use to brag in advertisements about. The tests carried out three different scenarios: an adult at a crosswalk, a child darting out from between cars, and an adult walking down the travel lane with their back turned to traffic. The vehicles tested were a mix of small SUVs from the market. The Subaru Forester and Toyota RAV4 performed the best, while the BMW X1 didn’t give a single, solid bit of thought to the fleshbags in it’s way and ran over every last dummy with impudence and prejudice. I almost like the way the car was “thinking”: they were in the wrong, so screw ’em, out of the gene pool.

What gets me is that the IIHS is treating pedestrian avoidance systems like an established technology and worse, as some kind of vital necessity. All I see is the normalization of two faults of society: the piss-poor level of driver training that the United States refuses to do anything about, and the removal of the responsibility of individuals for taking care of their own safety. If someone gets hit at a crosswalk, it’s actually pretty straightforward to determine who was at fault. Were the pedestrians crossing an appropriate location in the correct manner? Then it’s the driver’s fault. If not, it was the pedestrians. Was the person walking in the lane doing so because there was nowhere else to walk? In fact, why were they walking with their back to traffic anyways, that goes against common sense! As far as the kid-between-cars bit, whatever happened to:
(A) teaching your kid that to a moving vehicle, they have the structural integrity of a day-old Jello dessert and that they will hurt like they’ve never known before if they go into the street, and
(B) You as the adult monitoring what your kid does if they are too young or stupid to follow rule A?

Why is it now the responsibility of the automobile to be the savior? Why are we trusting two cameras, a radar system and the black box that is in charge of hitting the brakes FOR YOU, THE DRIVER to make the right decision moments before bumper meets body? I’d love to hear the IIHS take on that question instead of giving engineers who are bored and tired of hearing from the lawyers of people who managed to get a tread-pattern body stripe due to their own negligence something to do. The overlap crash was a good idea. Headlight ratings are a good idea. Letting the car decide if it’ll stop or run over Jamie Jaywalker? Not so much.

Sleeper Fun: Watch A 1980s Dodge Ramcharger Pull a Massive Wheelstand! Mow Your Own Lawn: These Garden Pulling Lawn Tractors Are Too Cool!

8 thoughts on “Unhinged: Now The Insurance Institute for Highway Safety Is Saying That They Don’t Trust You To Hit The Brakes”