Unhinged: One Out Of Every Five Vehicles Sold Has Been Recalled This Year.

At time of writing, there have been 544 recalls that have affected 52 million vehicles for model year 2014. Think about that: One-fifth of the vehicles sold this year shouldn’t have been sold at all. General Motors has been a punching bag. The Takata airbag inflator recall reached broadly over many different manufacturers. Toyota, Nissan, Honda, Mazda, FCA, Mitsubishi, Ford, Harley-Davidson, Triumph, Yamaha, Audi…hell, I could go on, that wasn’t even all of the first page off of NHTSA. From minor fixes like head restraints to fuel leaks and the “ignition switch from hell”, in the best journalistic hyperbole aimed at GM, the amount of recalls has been staggering.

I don’t care if you’re a big name like GM or Honda, or you’re one of those “built in a shed” specialty British tuner firms: with all of the money being dumped into research and development, these recalls should not be this numerous. A minor recall, one that makes sense and in reality, shouldn’t have been dangerous, was the recall of all Chevrolet Caprice PPV’s and some certain Pontiac G8’s that were shipped to the U.S. without the transmission that required a foot on the brake to allow the car to shift from Park. An oversight? Yes. But you can at least understand how that happened. Having new Impalas and Cadillac XTS’s with brake pads that can remain engaged and start fires? That’s poor engineering and testing (and stupidity on whoever drove a car around with a stuck brake to the point of fire, but I digress.) Wiring that can melt from heat in Chrysler 200s? How about Coachmen motor homes that can drop the propane tank due to an improper weld? That’s a frightening though as you’re rolling down the road, isn’t it?

Not everyone can justify owning an older car, but it does make a compelling argument for restoration/restification. It’s easier to reverse engineer the problems out of a car that has already been real-world tested for years than it is to bring a totally new product to market with the hope that you’ve tested the vehicle enough that there are very few issues that return to your doorstep with angry customer and/or lawsuit attached. I consider myself lucky: out of the myriad of cars I’ve owned, I only had two problems that weren’t related to the car being an outright beater at purchase: I had a 2001 Regal GS that fell under a GM recall for leaking o-rings on the engine that was blamed for several garage fires, and I had a 1999 Blazer three-door that had so many electrical failures (and a couple of very interesting mechanical ones too) that I’m convinced it should have been crushed before it was ever sold. 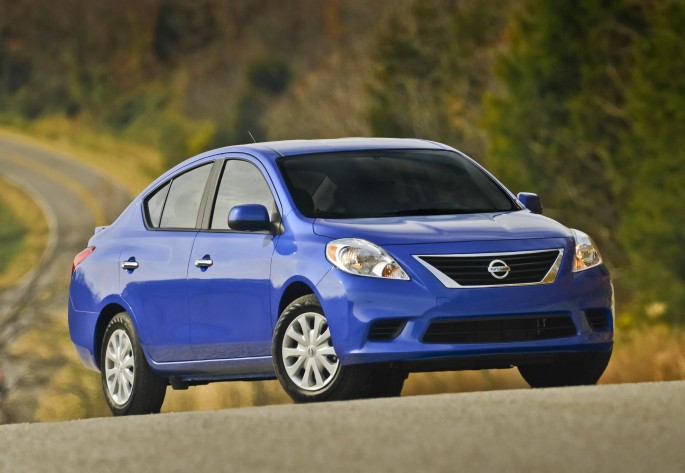 With the cost of a new car going up more and more, wouldn’t it make financial sense to just build an older car as well? The cheapest 2014 car is the Nissan Versa 1.6 S sedan, at $12,800 base price. Just a quick look on my local Craigslist, using a price range between $11,000 and $13,000 turned up a restored 1965 Impala, a 2008 GMC Yukon that was loaded for bear, and a Volvo semi tractor. Depending on where you live you could do a ton better than that! So I have to ask, why would anyone buy a brand-new car anymore, especially the first year of a brand-new body style, other than to say they had it first?

Raymond Beadle Has Died - All Time Drag Racing Great Was Phenomenal Driver, Visionary Promoter, Loved The World Over Rough Start: Want To Haul A Lot Of Friends With You? How About A 1971 AMC Ambassador?

6 thoughts on “Unhinged: One Out Of Every Five Vehicles Sold Has Been Recalled This Year.”