Unhinged: The Safety Brief That Ends With “And They Walked Away…” 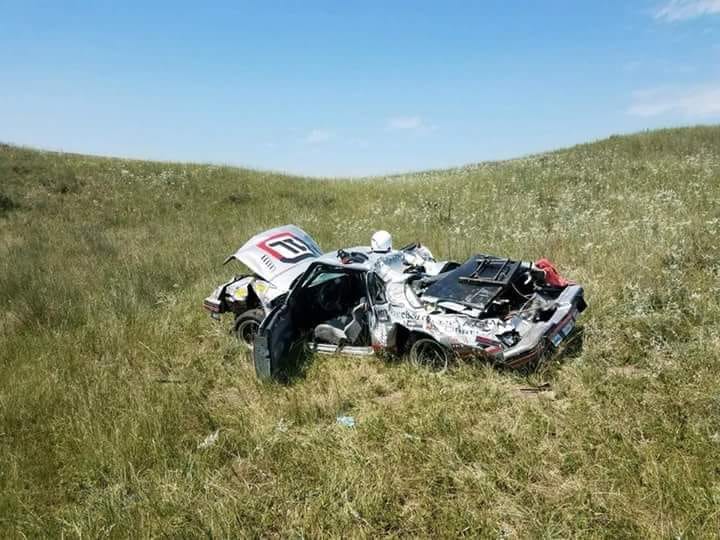 Let’s play a game. It’s called “Identify That Wreck”. You are looking at the remains of a car that went off of the road during the Sandhills Open Road Challenge in Nebraska. I studied this picture for a few minutes trying to determine what the hell kind of car I was actually looking at. I knew it was something from the 1980s, and with the black rub strip with the red stripe, I was thinking at first that this was the most mangled Fox body hatchback I’ve ever seen. But the rear bumper was too big, there wasn’t enough taillight parts left, and there was too much length between the rear wheel and the end of the car. Give up? 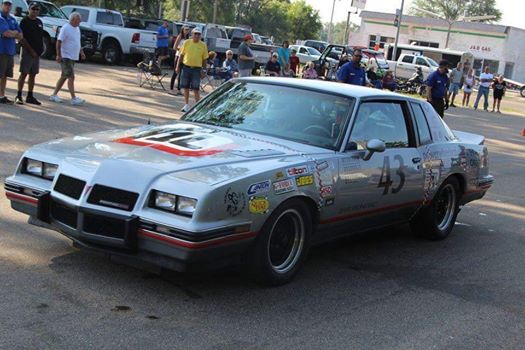 That pile of mangled metal used to be a 1986 Pontiac Grand Prix 2+2 that Chris Bischof ran in open-road racing events. We’ve actually shown you video from inside the car in the past (like THIS video) and the cool part about this car, besides “fast G-body with a big block and a six-speed” is that they took full advantage of the actual aerodynamic tweaks that Pontiac put on these NASCAR homologation specials. But when you’re hauling major ass across the rolling hills of America’s prairie country, going off roading in a street car when you weren’t intending to usually ends badly. That isn’t a joke here…the rollcage builder earned their pay and then some. Look at where the roof sheetmetal wraps around the tube behind their heads and around the downtubes. Look how much gap is between the bars coming up from the firewall along the A-pillar. Everything from the quarter-windows back is demolished. But driver and co-driver walked out from this wreck. Note the helmet and HANS device on the roof. The safety gear worked.

Some Like It Mellow: 1976 Ford Elite, The Moderate's Cruiser The Greatest Drag Racing Wheelstand Video Ever Made? We Think So - More Than Four Minutes Of Bumper Dragging Fury

One thought on “Unhinged: The Safety Brief That Ends With “And They Walked Away…””