The Grand Old Man Of Bonneville: This Video and Interview With Norm Thatcher Is Amazing! 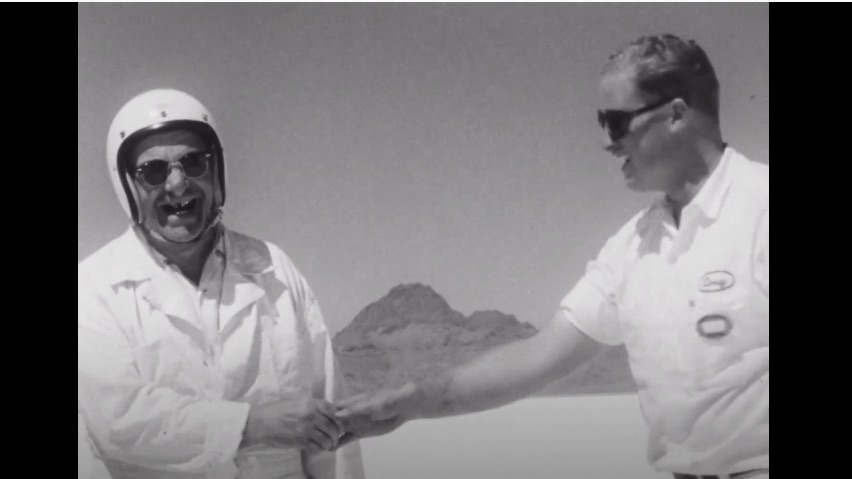 The world was a different place back in the 1960s. For starters, the definition of “old” was far different than it  is today in 2020. Hell, we have guys who are 90 years old running top fuel cars these days but back then it was seemingly awesome if you could get out of bed past 65 years old. This is but one of the reasons the racing world, hot rodding magazines, and apparently electronic media were in love with a California guy named Norm Thatcher who ran bad ass cars at Bonneville until he was nearly 70 years old. Thatcher favored stock body Mopars with supercharged engines and whether it was because of a push from Chrysler, because he was a good chat or just his age, you can find a lot written about him in the old magazines.

Thatcher often traveled to Bonneville with multiple engines with the intention being the setting of records in multiple categories. You can see him running A/Production in 1963 during the second film below. Ironically, we have an interview set to a still photo first and we have him racing with no sound second. Funny how life works sometimes.

Thatcher was a garage owner in California and by all accounts, a good guy. Going 195mph in a stock bodied Plymouth Fury is freaking awesome and it had to have been pretty creepy at speed as this car is as aerodynamic as the room we’re sitting in to write this. The car had to have been making awesome power as well to shove itself to that speed on the salt.

Thatcher’s crowning achievement on the salt? He was the first guy to drive a stock bodied passenger car over 200mph there. In 1965, wheeling a Plymouth he went 205mph. He was 67-years old at the time.