Beyond Opulent: The 1934 Deusenberg Walker Coupe, As Shown By Jay Leno

Nov 03, 2020Bryan McTaggartCAR FEATURES, VideosComments Off on Beyond Opulent: The 1934 Deusenberg Walker Coupe, As Shown By Jay Leno 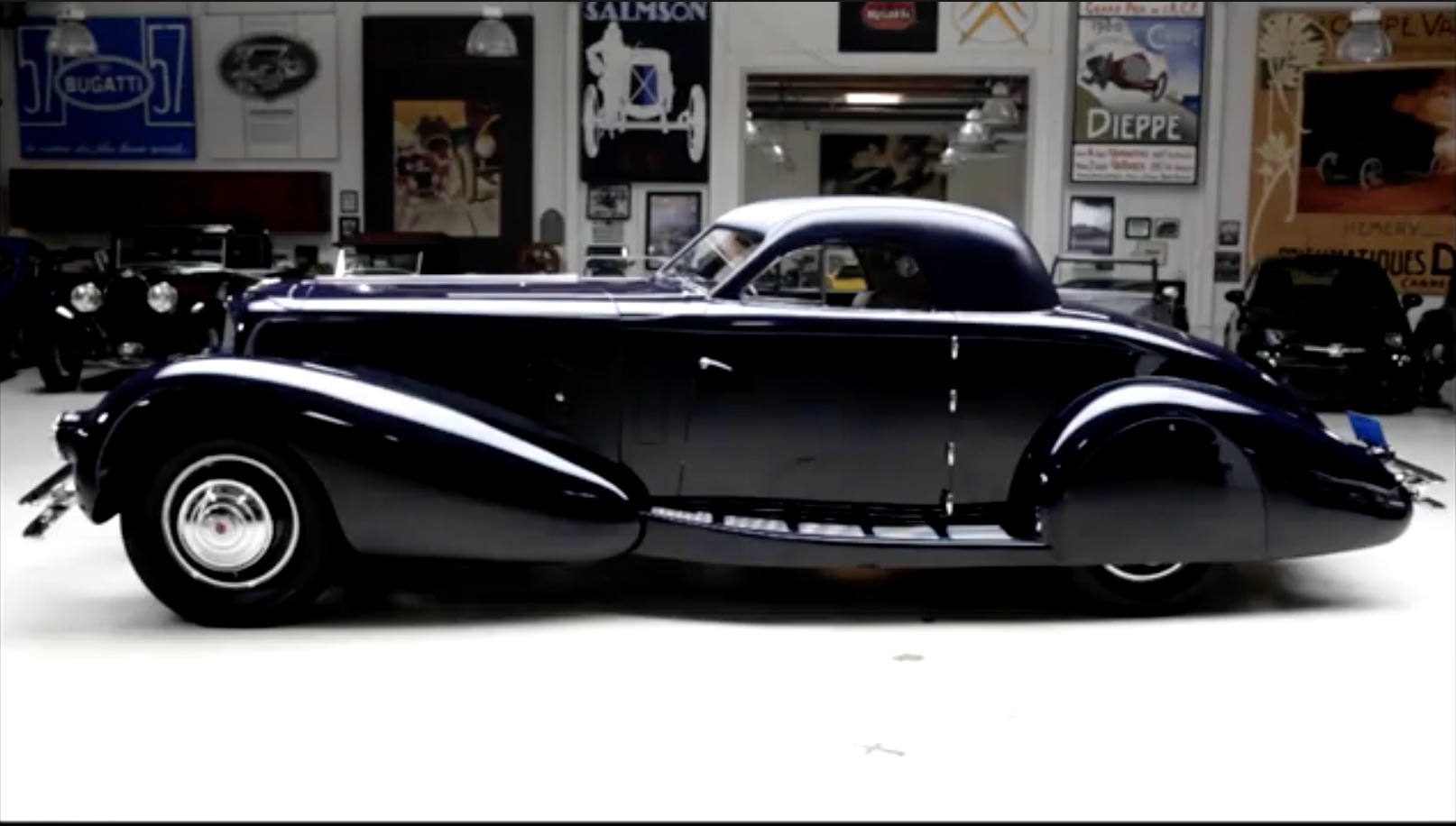 If you think back to cars of the 1930s, one shape stands out above the others: the Deusenberg. Is it more recognizable than, say, the 1933 Ford? The Ford was certainly more popular. The 1934 Chevrolet is nearly a carbon copy. The standard 1934 Chrysler isn’t much better, unless you look at the Airflow. But the Duesenberg…good lord, you just can NOT miss that shape. The hood has to be six feet long. The hubcaps look like they weigh fifty pounds apiece (it’s ok, they only weigh 14 pounds). The grille cost $1,200…in 1934. Want the translation for that price? That grille setup, translated into 2020 money, is over $23,000. That’s a jaw-dropping amount. At the height of the Great Depression, that’s an unreal concept. The economic market has bombed, deeply bombed. Dust Bowl, hitching rides on trains, the whole nine yards. And somebody had the audacity to drive this beast around during that time frame.

So how did a one-of-one, the most expensive Doozy ever made, survive this long? At one point, it was a tow truck. Many years were spent squirreled away, hidden from view. Today it is one of those top-tier machines that anyone…blue-blood, nouveau riche, big money whatever, this will trump any Italian sports car, any German luxo-tank, anything.

The "WTF?!" Files: The Story Of The Algar Ferrari Heist...A Con Man, G-Men, And A Totalled Ferrari The Craziest Car Commercial Of The 1980s Involved Launching A Car Off An Aircraft Carrier And Strapping It To A Submarine